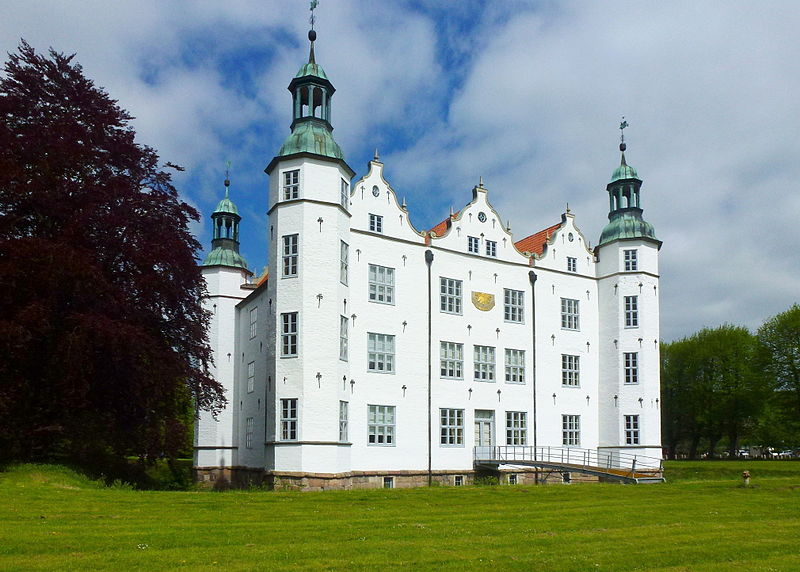 Schloss Ahrensburg (Ahrensburg Palace) is a former Herrenhaus (mansion) and is today referred to as a Schloss. It is located in Ahrensburg in southern Schleswig-Holstein, Germany, not far from the city of Hamburg.

In the 13th century, there was a mansion with a moat and defensive towers known as Burg Arnesvelde, about three kilometers south of today’s Schloss Ahrensburg. In 1327, the fortified mansion was owned by the church. During the Reformation the property came into the hands of the Danish King Frederick II, and in March 1567 Arnesvelde was transferred to Daniel Rantzau as compensation for work done and debts the king had run up. After Rantzau’s death in 1569 during the Siege of Varberg his brother Peter (de) took over the mansion. He tore down parts of the castle and started building what was to become today’s Schloss Ahrensburg.