Schloss Drachenburg is a private villa in palace style constructed in the late 19th century. It was completed in only two years (1882–84) on the Drachenfels hill in Königswinter, a German town on the Rhine near the city of Bonn.

Today the Palace is in the possession of the State Foundation of North Rhine-Westphalia. It is served by an intermediate station on the Drachenfels Railway. I guess, that it is the city of Bonn. 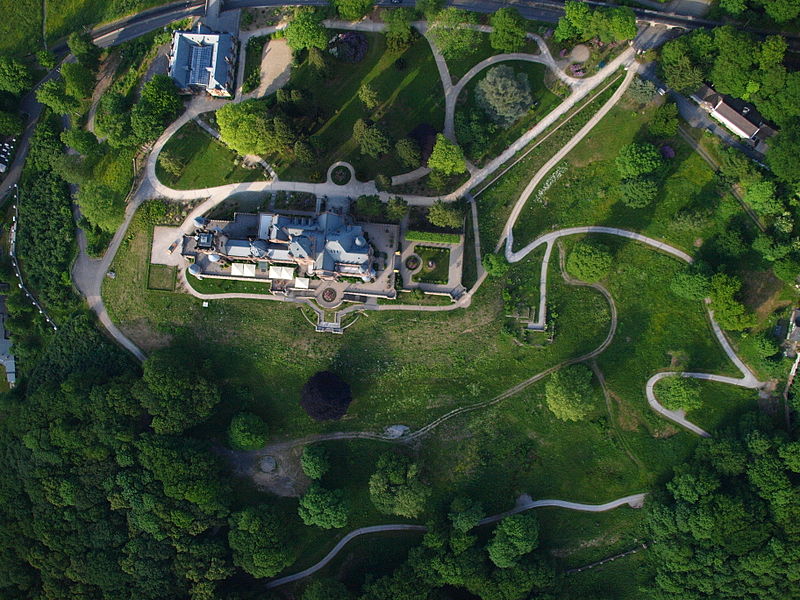 listen); Latin: Bonna) is a city on the banks of the Rhine and northwest of the Siebengebirge (Seven Mountains) in the German state of North Rhine-Westphalia, with a population of 311,287 within its administrative limits. Bonn serves alongside the capital Berlin as the seat of government of Germany. The city is the second official seat and second official residence of the President of Germany, the Chancellor of Germany, the Bundesrat, and the first official seat and first official residence of six German federal ministries. Bonn is located in the southernmost part of the Rhine-Ruhr region, the largest metropolitan area of Germany, with over 11 million inhabitants.

Founded in the first century BC as a Roman settlement, Bonn is one of Germany’s oldest cities. From 1597 to 1794, Bonn was the capital of the Electorate of Cologne and residence of the Archbishops and Prince-electors of Cologne. In 1949, the Parliamentary Council drafted and adopted the German constitution, the Basic Law for the Federal Republic of Germany in Bonn. Though Berlin was symbolically named the de jure capital, from 1949 to 1990 Bonn was the seat of government and de facto capital of West Germany. In recognition of its former status as German capital, it holds the name of Federal City (Bundesstadt).

Aerial view of the government district