Freetown Christiania, also known as Christiania (Danish: Fristaden Christiania or Staden), is an intentional community and commune of about 850 to 1,000 residents, covering 7.7 hectares (19 acres) in the borough of Christianshavn in the Danish capital city of Copenhagen. It was temporarily closed to visitors by residents by consensus in the plenum in April 2011 and a later occasion, but later re-opened.

After the military moved out, the area was only guarded by a few watchmen and there was sporadic trespassing of homeless people using the empty buildings. On 4 September 1971, inhabitants of the surrounding neighborhood broke down the fence to take over parts of the unused area as a playground for their children.

Although the takeover was not necessarily organized in the beginning, some claim this happened as a protest against the Danish government. At the time there was a lack of affordable housing in Copenhagen.

On 26 September 1971, Christiania was declared open by Jacob Ludvigsen, a well-known provo and journalist who published a magazine called Hovedbladet (‘The main paper’), which was intended for and successfully distributed to mostly young people. In the paper, Ludvigsen wrote an article in which he and five others explored what he termed ‘The Forbidden City of the Military’. The article widely announced the proclamation of the free town, and among other things he wrote the following under the headline Civilians conquered the ‘forbidden city’ of the military:

Christiania is the land of the settlers. It is the biggest opportunity so far to build up a society from scratch – while nevertheless still incorporating the remaining constructions. Own electricity plant, a bath-house, a giant athletics building, where all the seekers of peace could have their grand meditation – and yoga center. Halls where theater groups can feel at home. Buildings for the stoners who are too paranoid and weak to participate in the race … Yes for those who feel the beating of the pioneer heart there can be no doubt as to the purpose of Christiania. It is the part of the city which has been kept secret to us – but no more.

Ludvigsen was co-author of Christiania’s mission statement, dating from 1971, which offers the following:

The objective of Christiania is to create a self-governing society whereby each and every individual holds themselves responsible over the wellbeing of the entire community. Our society is to be economically self-sustaining and, as such, our aspiration is to be steadfast in our conviction that psychological and physical destitution can be averted.

The spirit of Christiania quickly developed into one of the hippie movement, the squatter movement, collectivism and anarchism in contrast to the site’s previous military use.

Since the 1970s, the Gay House (Bøssehuset), one of Christiania’s autonomous institutions, had been a center for gay activism, parties, and theatre. The humorous and artistically high-ranking variety-style shows still have fame within the LGBT community in Copenhagen.

In 2002, a group of young gay performers and activists, Dunst, were invited to take over the house so it could remain a center for gay activity. Dunst introduced democratic management and established open workshops for photography, art, music, dance, video etc. They also arranged three ‘Save Christiania’ nights, a cabaret show and three support parties in order to be able to pay down some of the Gay House’s debt to Christiania. According to Dunst, however, neighbours would never readily accept them and the newcomers were accused of not understanding “the Christiania lifestyle”. Dunst claimed they received verbal abuse, threatening letters, and even in one instance, had a baseball bat brandished against them. Some disliked Dunst’s loud parties and their contemporary electro-punk style music being described as techno. After nine months, they were asked to leave Christiania.

In 2004, Dunst participated in ‘Christiania Distortion’, an event supportive of Christiania. As they could not make use of the Gay House, Dunst’s part of the event took place in a bus circling around Christiania.

In 2004, the Danish government passed a law abolishing the collective and treating its 900 members as individuals. Beginning in the summer of 2005, a series of protests were staged by Christiania members. During the same time, Danish police made frequent sweeps of the area.

The Christiania Café Månefiskeren set up a board recording the number of police patrols on Christiania in November 2005. In the summer of 2006 this passed the 1,000th patrol (about 4–6 patrols a day). These patrols normally consisted of 6 to 20 police officers, often dressed in combat uniform and sometimes with police dogs.

In January 2006, the government proposed that Christiania would be turned into a mixed alternative community and residential area adding condominiums for 400 new residents. Current residents, now paying DKK 1,450 (USD 250) per month, would be allowed to remain but need to begin paying normal rent for the facilities, albeit below market rent levels. Christiania has rejected this scenario, fearing the freetown would turn into a normal Copenhagen neighborhood. In particular, the concept of privately owned dwellings is claimed to be incompatible with Christiania’s collective ownership.

In September 2007, the representatives of Christiania and Copenhagen’s city council reached an agreement to cede control of Christiania to the city over the course of 10 years for the purposes of business development. Also, as of May 2009, the Eastern High Court upheld a 2004 Act of Parliament which reaffirmed the state’s legal claim to control of the base. This rule is confirmed in February 2011 by the Supreme Court. The state has now full right of disposal of the Christiania area. On June 2011, the State signs the agreement with Christiania that the Christiania area will be transferred to a new foundation, the Foundation Freetown Christiania.

The most contentious part of this process has been to force the residents — naturally opposed to the whole idea of ownership — to buy the piece of land they’ve been occupying for more than 40 years. In July 2012, they made the first payment, and the Christianites went from squatters to legal landowners. A foundation, run by residents, was set up to raise funds and apply for a bank loan. Christianites were able to buy about 19 acres of the initial 84-acre plot.

In his January 2013 book In the Name of the People, Ivo Mosley cited Christiania as one of the few examples of communities run on truly democratic lines that exist in the world. Six months later, the laws governing Christiania changed. On July 2013, the legislative proposal L 179 for the repealing of the Christiania Law is adopted by all parties in the Danish Parliament with the exception of the Danish People’s Party. From this moment, the same legislative rules that apply for the rest of Denmark apply to Christiania.

On the 18 of February 2011, the Supreme Court upheld the High Court’s judgment,  thereby finally clarifying that the State has the right of property and use in the area. Later in the year, Christiania’s residents were offered to buy a small central part of the area of the state, which was accepted by the residents of Christiania joint meeting on the 20 of June 2011.  On 22 of June 2011, the Commission was amended. On June 30, 2011, Christiania and the State entered into an agreement on ownership of the Christiania area.

This agreement formed the basis for the transfer of buildings and land in the Christiania area to a fund, the Foundation Fristaden Christiania, on 1 January 2012  which sold public shares to raise 76.2 million kroner [far below market price], which the state demanded for the area.

On 13 March 2013, Minister for Climate, Energy and Building Martin Lidegaard put forward a bill to repeal the Christiania Special Law on the 15 of July 2013. This bill was passed in the Folketing on 4  June 2013. From 15 of July 2013, the same laws and regulations apply to Christiania as they do in the rest of Denmark. 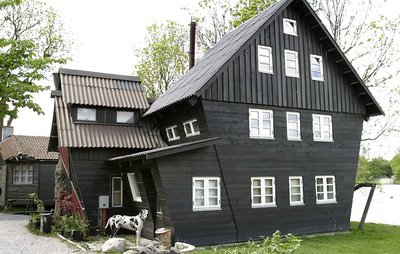 Christiania has been a source of controversy since its creation in a squatted military area in 1971. Its cannabis trade was tolerated by authorities until 2004. In the years following 2004, measures for normalizing the legal status of the community led to conflicts, police raids and negotiations. More recent governments have, however, been more tolerant. 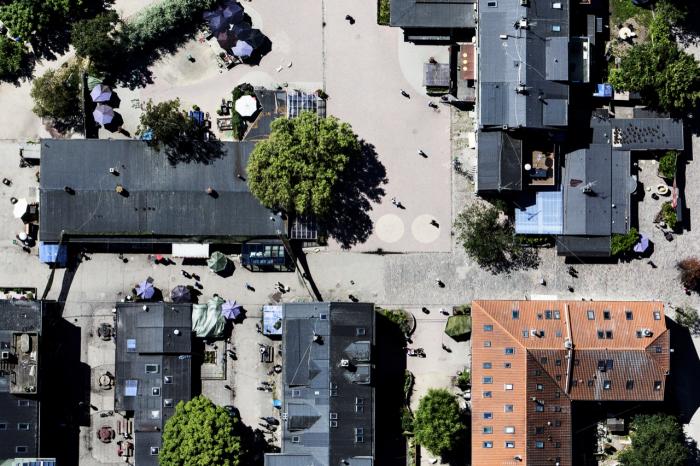