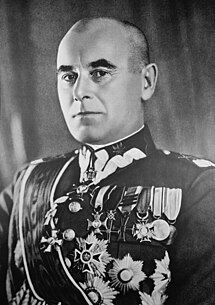 But the one thing this dirty gang could never have accomplished by themselves was to trigger the actual war. As even the most geographically illiterate Boobus Americanus or Boobus Europithicus should know, neither the US, nor the USSR, and nor the UK shared a common border from which to make mayhem against Hitler’s Germany.

France does share a border with Germany, but when Hitler permanently renounced any claims to the disputed Alsace-Lorraine region in 1935, a possible flash-point between the two rivals was diffused forever.

Another potential trigger was diffused in 1938 when the Munich Agreement – since dubbed by propagandists and ignoramus parrots alike as “Neville Chamberlain’s appeasement”  – fairly settled the German-Czech dispute to the mutual benefit of Czechs, Slovaks and Germans.

Nor was Germany bound to any dangerous entangling alliances, as it had been prior to World War I when the Reich was committed to fight alongside Austria-Hungary after the Russians and French began mobilizing against that nation.

And so, by 1939, the New World Order crime syndicate and the British & French chauvinists had nearly run out of all options and all propaganda pretexts for instigating another war against peaceful and prosperous Germany, as they had done in 1914. The last hopes for starting the war to re-enslave Germany rested on the shoulders of one man, and one man only. His name was Edward Rydz-Smigly — the criminal fool who started World War II. As is to be expected, his name is virtually unknown outside of Poland. It’s high-time this dirty, rotten, ego-maniacal scoundrel gets the posthumous “credit” he so richly deserves.