The Albrechtsburg is a Late Gothic castle that dominates the town centre of Meissen in the German state of Saxony. It stands on a hill above the river Elbe, adjacent to the Meissen Cathedral.

By 929 King Henry I of Germany had finally subdued the Slavic Glomacze tribe and built a fortress within their settlement area, situated on a rock high above the Elbe river. This castle, called Misnia after a nearby creek, became the nucleus of the town and from 965 the residence of the Margraves of Meissen, who in 1423 acquired the Electorate of Saxony.

From 1464 Elector Ernest of Saxony ruled jointly with his younger brother Albert the Bold and both had the present-day castle erected from 1471 on. The masterpiece of court builder Arnold of Westphalia, it was constructed solely as a residence, not as a military fortress, the first German castle built for such a purpose. When the brothers divided the Wettin lands by the 1485 Treaty of Leipzig, the castle of Meissen fell to Albert. Though Albert’s son Duke George the Bearded resided at the Albrechtsburg, it was soon superseded by Dresden Castle as the new seat of the Wettin Albertinian line.

In 1710 King Augustus II the Strong established the Royal-Polish and Electoral-Saxon Porcelain Manufactory (Königlich-Polnische und Kurfürstlich-Sächsische Porzellan-Manufaktur), which was the first European hard-paste porcelain manufacture, at the castle under the supervision of Johann Friedrich Böttger. Meissen porcelain was produced at the Albrechtsburg until manufacturing moved to its present location in 1863. 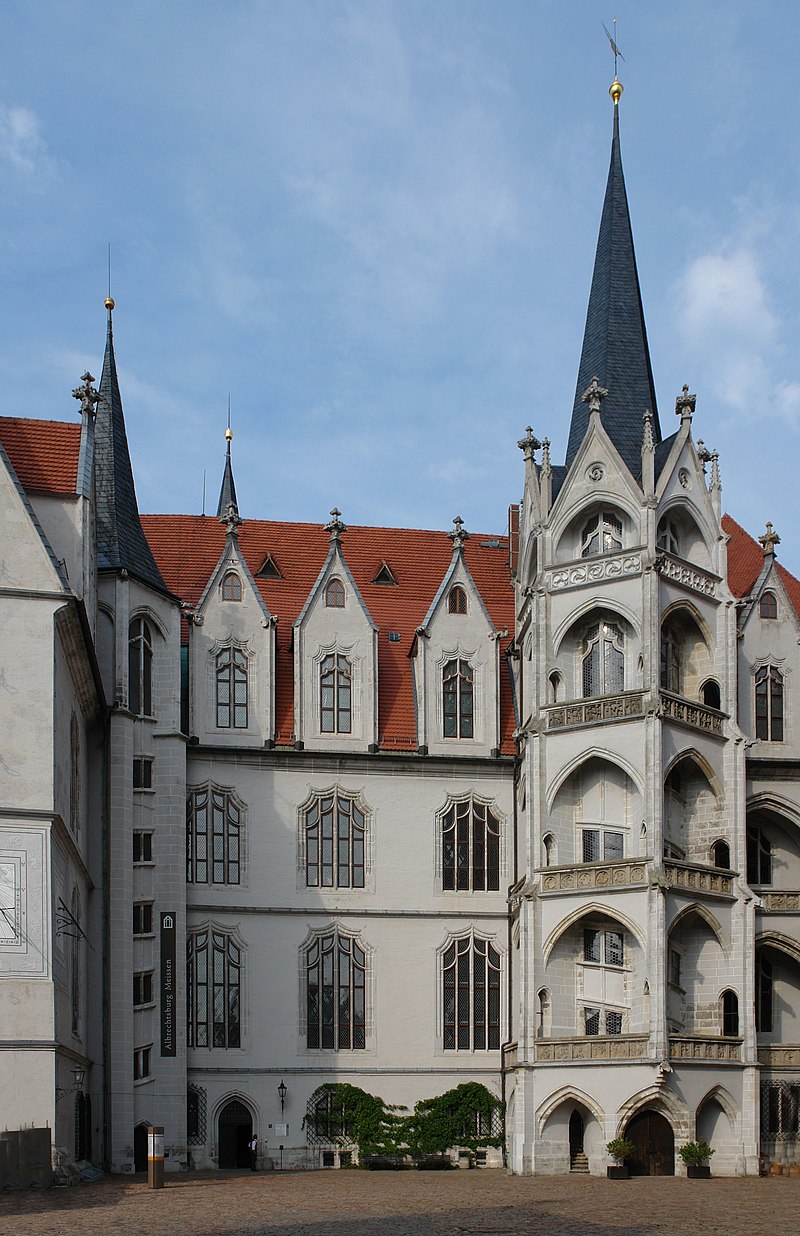