Schloss Wilhelmshöhe is a Neoclassical palace located in Bad Wilhelmshöhe, a part of Kassel, Germany. It was built for Landgrave Wilhelm (William) IX of Hesse in the late 18th century. Emperor Wilhelm II made extensive use of it as a summer residence and personal retreat.

Beginning in the 12th century the site was used as a monastery. Under Philip I, Landgrave of Hesse 1504-1567 it was secularised and used as a castle. This castle was replaced by a new one from 1606 to 1610 by Landgrave Moritz. The current Neoclassical Schloss Wilhelmshöhe was designed by architects Simon Louis du Ry and Heinrich Christoph Jussow (de) from 1786 to 1798 for Landgrave William IX of Hesse.

As king of the French puppet state Kingdom of Westphalia, Jérôme Bonaparte renamed it Napoleonshöhe and appointed his Head Chamberlain Heinrich von Blumenthal as its governor, with instructions to supervise extensive renovations. After the Franco-Prussian War of 1870/71, the Prussian King offered the defeated Emperor Napoleon III accommodation there.

From 1899 to 1918, Wilhelmshöhe was the summer residence of the German emperor Kaiser Wilhelm II. In 1918, after the armistice ended World War I, the Oberste Heeresleitung, the High Command of the Germany Army under Paul von Hindenburg was moved here from Spa (Belgium) to organize and lead the withdrawal and demobilization of the German troops. It remained at Wilhelmshöhe until February 1919, when it moved to Kolberg.

The middle tract of the castle was mostly destroyed by Allied bombing during World War II. The first reconstruction was made in 1968-1974 by the functionalist architect Paul Friedrich Posenenske. He completely reconstructed the exterior but changed the structure of the interior for its new function as an art museum. From 1994 to 2000 another renovation was made to bring it closer to the original structure.

Today the Wilhelmshöhe Castle Museum houses the antiquities collection, the Gallery of the Old Masters (which includes one of the world’s largest Rembrandt collections) and the Graphic Arts Collection. 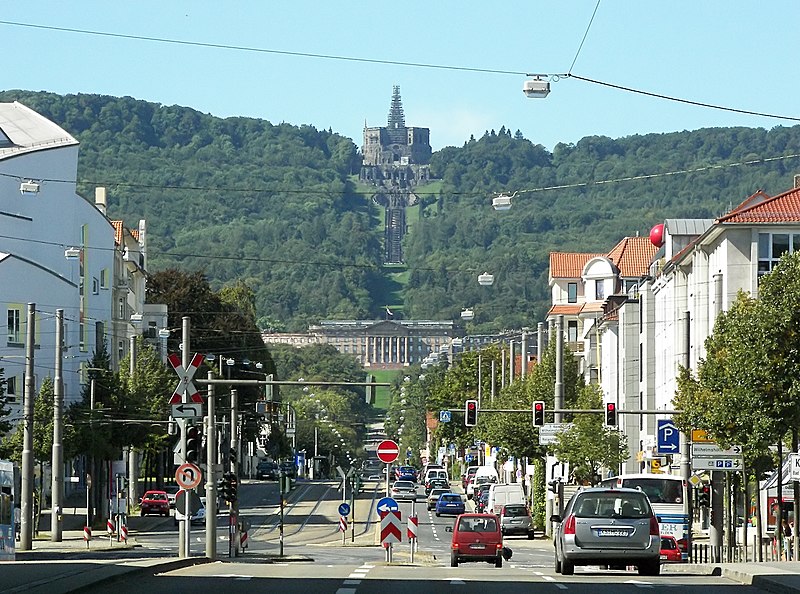 The area of the park is 2.4 square kilometres (590 acres), making it the largest European hillside park, and second largest park on a mountain slope in the world. Construction of the Bergpark, or “mountain park”, began in 1696 at the behest of the Landgraves of Hesse-Kassel and took about 150 years.

The Hercules monument is an important landmark in the German city of Kassel. It is located in the Bergpark Wilhelmshöhe (Wilhelmshöhe Mountainpark) in northern Hesse, Germany.

Hercules is a copper statue depicting the ancient Greek demigod Heracles (Gr. Ηρακλής, German Herkules). The statue is located at the top of a Pyramid, which stands on top of the Octagon; the statue and the other parts of the monument were constructed at different times. Today “Hercules” refers not only to the statue, but the whole monument, including the Octagon and Pyramid. The monument is the highest point in the Wilhelmshöhe Bergpark.

The monument is located in Bad Wilhelmshöhe, on the Eastern ridge of the Habichtswald. It was built in an artificial dell of the Karlsberg (526m above sea level) on the most western and at the same time highest location (515 m) of the line of sight Schloss Wilhelmshöhe – Hercules.

On 23 June 2013 the Mountainpark and the Hercules were proclaimed as world heritage site during the UNESCO meeting in Phnom Penh. The Herkules and the water features are under renovation / reconstruction at the moment . Some water features in the Bergpark are operating periodically . But the entire renovation will not be complete until late 2018. 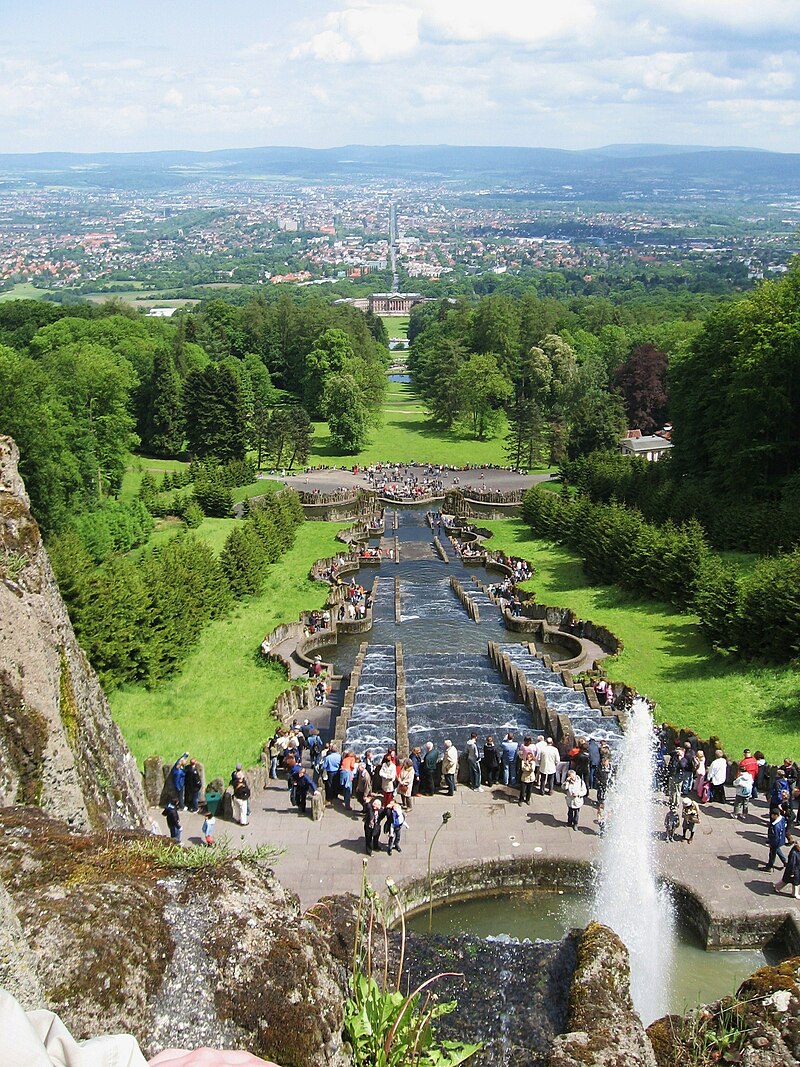 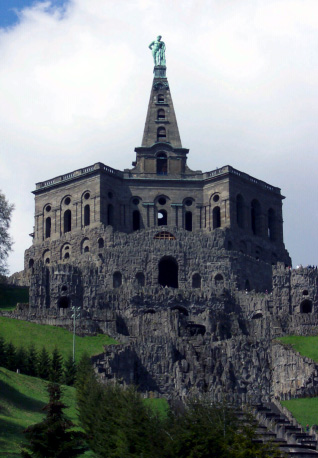