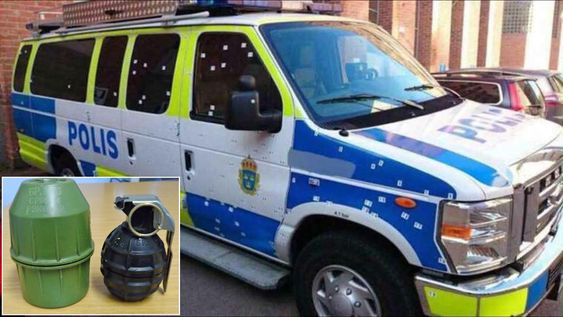 Bombings increased significantly in 2015, with Swedish police investigating around 100-150 explosions. There were over 30 grenade attacks reported in the Swedish city of Malmö alone by August 2015, up from a total of 25 in all of 2014. Malmö police have consequently warned about undetonated grenades in the city. According to Swedish police, the use of hand grenades in crime is unprecedented in all comparable European and non-European countries, and the only countries with similar characteristics are those with warlike conditions. Many attacks are related to organised crime and extortion of restaurants and businesses.

In Malmö, the grenades are frequently old weapons from the wars in the Balkans. The police assume that someone imported a large share of grenades, which has then been distributed to criminal gangs.  The grenades themselves have a black market price of about “20 kronor“, meaning that they are cheaper than an ice cream cone. In addition to grenade attacks, there are a significant number of related bomb attacks with unidentified devices, including homemade bombs. The number of incidents involving explosives tripled between 2008 and 2016.

Along with a number of shootings, the summer of 2015 was dubbed “the summer of unrest” by Swedish Prime Minister Stefan Löfven, who during a speech said the attacks would “not be tolerated”. Some hundred new police officers were set to be appointed in Malmö in the following months, after concerns were raised by the regional police union. Police began work the same summer of attempting to thwart “mass hysteria” among terrified Malmö residents.

In 2017 the Swedish government has proposed harsher punishments for possession of grenades.

In 2018 the Swedish government has proposed a three-month “grenade amnesty” to be held from October 2018 to January 2019. 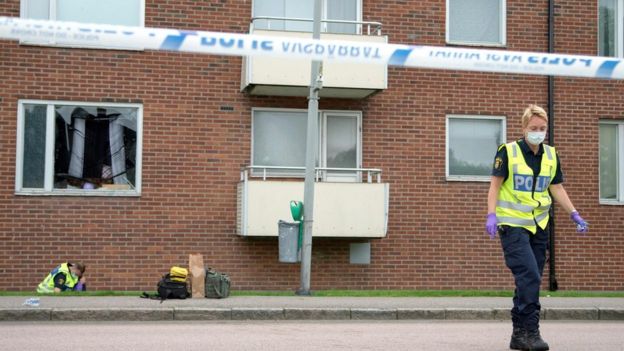