The castle Burgsteinfurt (also called Schloss Steinfurt) is a moated castle in the town of Steinfurt, Münsterland. It is the oldest moated complex of Westphalia and is on a nearly circular island, which is surrounded by the Steinfurter Aa. Nowadays, consisting of three building complexes, the upper castle, the lower castle and the castle mill, the facility was rebuilt in the course of its eventful history again and again and expanded. 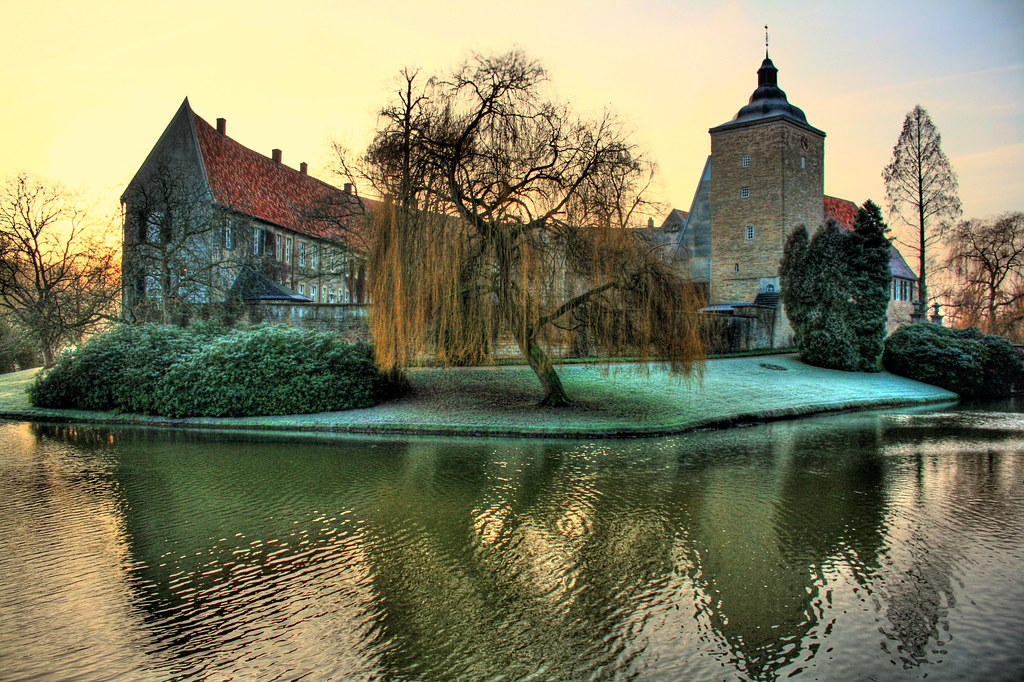 Steinfurt is situated north-west of Münster, North Rhine-Westphalia. Its name came into being in 1975 when the two hitherto independent towns Borghorst and Burgsteinfurt amalgamated. Borghorst became a prosperous city due to its flourishing textile industry, whereas Burgsteinfurt has always rather been coined by culture and administration. Tourists of the 19th century passing Burgsteinfurt praised the city as “Paradise of Westphalia” and “Royal Diamond” (Königsdiamant) because of its 75 monumental buildings and the moated castle. 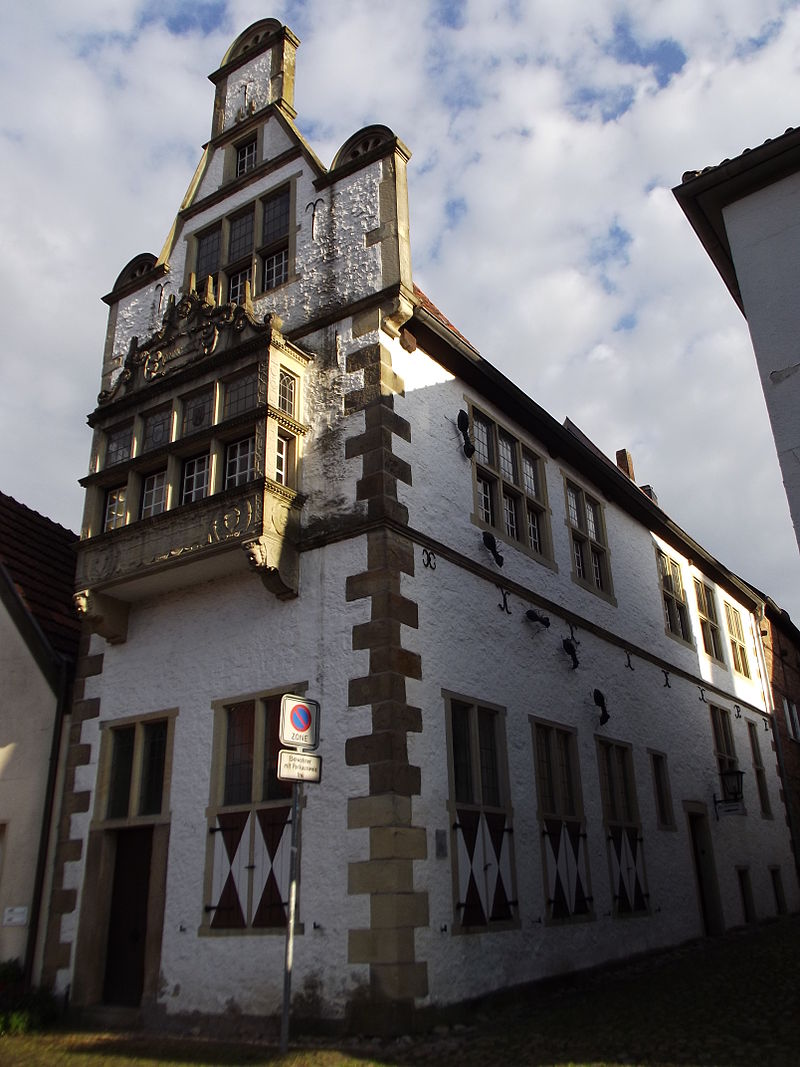