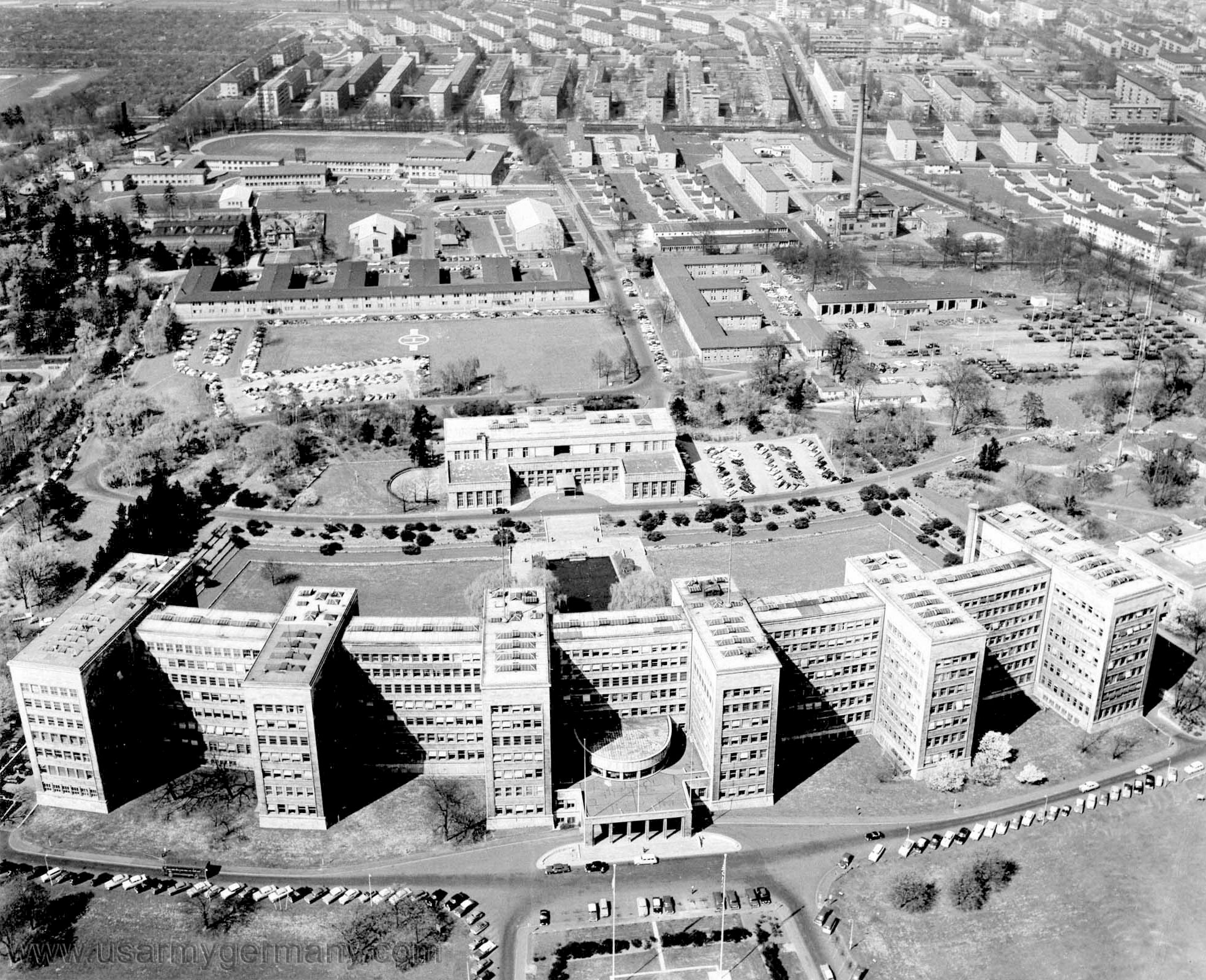 IG Farben headquarters in Frankfurt am Main, now used by the University of Frankfurt

IG Farben was founded on 9 December 1925, as a merger of the following six companies:

IG Farben was a German chemical and pharmaceutical industry conglomerate. Its name is taken from Interessen-Gemeinschaft Farbenindustrie AktienGesellschaft (Plc Syndicate [literally, “community of interests”] of dye-making corporations). The company was formed in 1925 from a number of major chemical companies that had been working together closely since World War I. During its heyday, IG Farben was both the largest company in Europe overall and the largest chemical and pharmaceutical company in the world.

IG Farben scientists made fundamental contributions to all areas of chemistry and the pharmaceutical industry. Notably IG Farben scientists discovered the first antibiotic, fundamentally reformed medical research and “opened a new era in medicine.” Otto Bayer discovered the polyaddition for the synthesis of polyurethane in 1937. Several IG Farben scientists were awarded Nobel Prizes. Carl Bosch and Friedrich Bergius were awarded the Nobel Prize in Chemistry in 1931 “in recognition of their contributions to the invention and development of chemical high pressure methods”. Gerhard Domagk was awarded the Nobel Prize in Physiology or Medicine in 1939 “for the discovery of the antibacterial effects of prontosil”. Kurt Alder was awarded the Nobel Prize in Chemistry in 1950 for his “discovery and development of the diene synthesis”.

Following the NS takeover of Germany, the company became embroiled in the NS regime’s policies as a large government contractor. In 1951, IG Farben was split into its four largest original constituent companies, which remain some of the world’s largest chemical and pharmaceutical companies. The current main successor companies are AGFA, BASF, Bayer and Sanofi.

Of the 24 directors of IG Farben indicted in the so-called IG Farben Trial (1947–1948) before a U.S. military tribunal at the subsequent Nuremberg Trials, 13 were sentenced to prison terms between one and eight years, but most were quickly released and several became senior industry executives in the post-war companies that split off from IG Farben and other companies.

Some of the people who served prison sentences but later became leaders in post war-companies include:

Some of the people who were acquitted and later became leaders in post war-companies include:

IG Farben facilities were bombing targets of the Oil Campaign of World War II, and up to 1941, there were 5 Buna plants that produced Buna N by the Lebedev process.

Dwory
The Buna Chemical Plant at Dwory was under construction by 1943, after a March 2, 1942 contract with “IG Farbenindustrie AG Auschwitz.” The Buna Werke plant, which produced synthetic oil and rubber (from coal), was the beginning of SS activity and camps near Auschwitz III-Monowitz. At its peak in 1944, this factory made use of 83,000 slave laborers. Today, the plant operates as “Dwory S.A.”

Frankfurt
In addition to the “cavernous” IG Farben building at Frankfurt, a Hoechst AG chemical factory in Frankfurt was bombed by the RAF on 26 September 1944.

Waldenburg
An IG Farben plant was at Waldenburg.

By the time of the First World War, the programmes to produce synthetic nitrate (for gunpowder) and also poison gas weapons brought the German chemical industry into a mutually dependent relationship with the state, which increased still further with military contracts for products such as dye for service uniforms, medicines and paints, replacing the exports that had been interrupted by the war. Also, in August 1916, responding to growing international competitive pressures, a sort of half-merger of Germany’s chemical industries took place; the shape of IG Farben was beginning to emerge.

Due to the company’s entanglement with the NS regime, it was considered by the Allies to be too morally corrupt to be allowed to continue to exist. The Soviet Union seized most of IG Farben’s assets located in the Soviet occupation zone, as part of their reparation payments. In the western occupation zone, however, the policy of destroying the company was very quickly abandoned, not least because of the company’s large entanglement with American companies, notably with the successors of Standard Oil which IG Farben was modelled after and which had itself been broken up into several companies. In the late 1940s, IG Farben was being rebuilt in the western zones and continuing doing business. In 1951, the company was split into its original constituent companies. The four largest quickly bought the smaller ones.

Today Agfa, BASF and Bayer remain, Hoechst having in 1999 spun off its chemical business as Celanese AG before merging with Rhône-Poulenc to form Aventis, which later merged with Sanofi-Synthélabo to form Sanofi. Two years earlier, another part of Hoechst was sold in 1997 to the chemical spin-off of Sandoz, the Muttenz (Switzerland) based Clariant. The successor companies remain some of the world’s largest chemical and pharmaceutical companies.

IG Farben was officially put into liquidation in 1952, this did not end the company’s legal existence. The purpose of the corporation’s continuing existence, being “in liquidation”, is to ensure an orderly wind-down of its affairs. As almost all its assets and all its activities had been transferred to the original constituent companies, IG Farben was from 1952 largely a shell company with no real activity.

In 2001, IG Farben announced it would formally wind up its affairs in 2003. It has been continually criticised over the years for failing to pay any compensation to the former laborers, the stated reason for its continued existence after 1952 being to administer its claims and pay its debts. The company, in turn, blamed ongoing legal disputes with the former captive labourers as being the reason it could not be legally dissolved and the remaining assets distributed as reparations. On November 10, 2003, its liquidators filed for insolvency, but again, this does not affect the existence of the company as a legal entity. While it did not join a national compensation fund set up in 2001 to pay the victims, it contributed 500,000 DM (£160,000 or €255,646) towards a foundation for former captive labourers under the NS regime. The remaining property, worth DM 21 million (£6.7 million or €10.7 million), went to a buyer. Each year, the company’s annual meeting in Frankfurt was the site of demonstrations by hundreds of protesters. Its stock (denominated in Reichsmarks) traded on German markets until the spring of 2012. As of 2012, it still exists as a corporation in liquidation.

Needless to say USA, Russia and others, have used WWI and WWII as opportunities to steal superior German science and technology.
IG Farben is no exception.