Moritzburg Castle (German: Schloss Moritzburg) or Moritzburg Palace is a Baroque palace in Moritzburg, in the German state of Saxony, about 13 kilometres (8.1 mi) northwest of the Saxon capital, Dresden. The castle has four round towers and lies on a symmetrical artificial island. It is named after Duke Moritz of Saxony, who had a hunting lodge built there between 1542 and 1546. The surrounding woodlands and lakes have been a favourite hunting area of the electors and kings of Saxony.

The original castle, built from 1542–1546, was a hunting lodge for Moritz of Saxony, then Duke of Saxony. Elector John George II of Saxony had the lodge extended; the chapel was added between 1661 and 1671. Designed by his architect, Wolf Caspar von Klengel, the chapel is an example of early Baroque architecture. The surroundings of the castle were further developed by Elector Frederick Augustus III of Saxony, a greatgrandson of Augustus II the Strong, at the end of the 18th century. The Little Pheasant Castle (Fasanenschlösschen) was built between 1770 and 1776. The grounds were extended to include a building for the storage of bird nets, the large Well of Venus, living quarters for Count Camillo Marcolini and a maritime setting on the Great Lake complete with a miniature harbour with jetty and lighthouse.

Prince Ernst Heinrich of Saxony, who lived in the castle between 1933 and 1945, was the last resident of the House of Wettin. He was dispossessed in 1945 by the postwar Soviet administration. 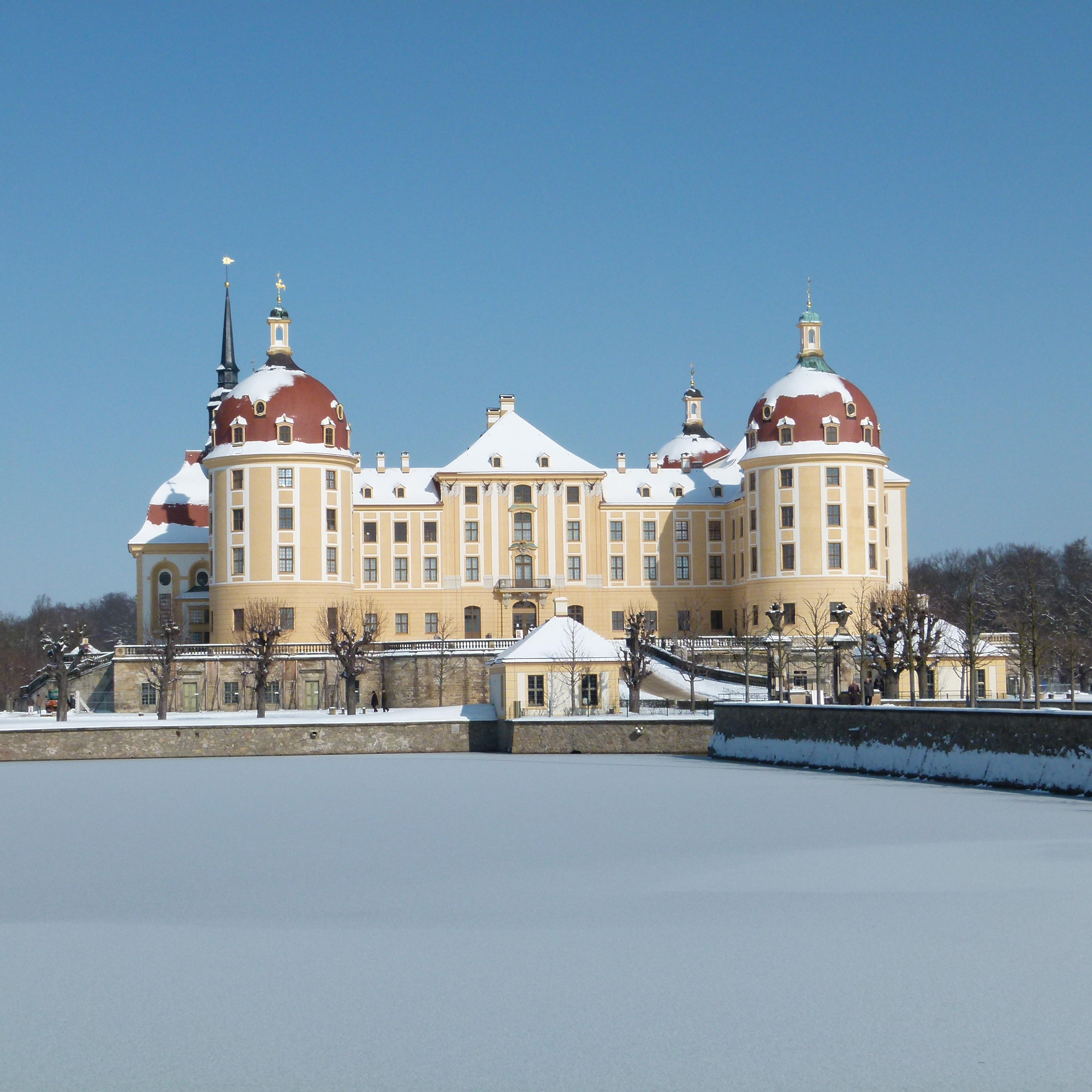 The interior of the castle is furnished with examples of opulent baroque decor from the time of Augustus the Strong. The walls are covered in 17th century gold-gilded leather. Many rooms’ furnishings are dedicated to courtly hunting. 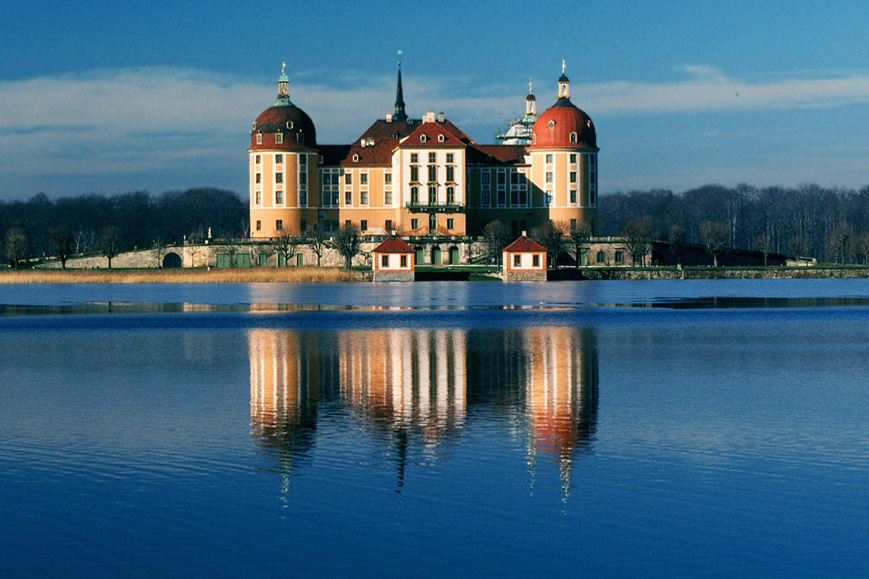 In 1728, a park was added to the castle on the adjacent land to the north. The u-shaped park has an area of approximately 230 by 150 meters. The gardens are in the French style and, because of the death of Augustus the Strong, were never completed. Johann Christian Daniel, Matthäus Daniel Pöppelmann and others were involved in their initial design and planning. The garden’s layout follows that of other European royal courts of the time.

During the 19th century, there were rare plants added and the garden was developed into a park in the romantic style.

An 8-arm, star-shaped system of alleys was cut through the Friedewald, the forest on the northern side of the property. In particular, it was designed for royal fox hunting with hounds. The ruins of the Hellhaus (“glade house”), built in 1787 and designed by Johann Daniel Schade, can be found on a raised point at the intersection of the paths. It served the court hunting parties because from here, the so-called “swan keeper” would indicate the direction of flight of the game they hunted. This was done using flags, which he would raise from the top of the building.

One alley running directly east, visually connects the castle with the Fasanenschlösschen (“Little Pheasant Castle”), 2.5 kilometres (1.6 miles) away. Not far from the Fasanenschlösschen is the Well of Venus, one of the largest Baroque fountains in Saxony. It symbolizes the eastern end of a canal, which runs parallel to this corridor most of the time.

During the reconstruction phase of the palace from 1723 until 1733, the large pond surrounding the castle’s artificial island was built from what was originally four smaller ponds. The other ponds in the Friedewald date from the 16th century and have been used for carp production since then. The channels connecting the ponds allow one to “fish” the carp by draining the water.