Bochum City Hall was built from 1927–1931 and was designed by architect Karl Roth as a modern office building, but in the Renaissance style, reflecting the industrial era’s middle class, inventions and discoveries. There were statues of bronze and stone, and in the city council chambers, a bell tower. The ornate décor gave the “Nazis” an excuse to hound the then-mayor, who was of Jewish descent, driving him to suicide in 1933. Most of the bronze statues were melted down for the war effort and the stone carvings were damaged by the war, save for some small lion’s heads over the entrance. Also left undamaged are two themed courtyard fountains made by August Vogel, the “Fountain of Beauty” and the “Fountain of Happiness”, as well as Augusto Vasaris’ florentine main entrance, which displays the motto, In Labore Honos (In labour lies honour). In 1951, a set of 28 chimes was installed, manufactured in Bochum. Known for their clarity of tone, they are the first cast steel chimes in the world. In front of the city hall is a large bell that was made by the Bochum “Verein für Bergbau und Gusstahlfabrikation AG”, (Association for Mining and Cast Steel Manufacturing). Displayed at the 1867 Paris World’s Fair, it has a diameter of 3.13 metres (10.27 ft) and weighs 15,000 kg (16.53 US tonnes). It was damaged during World War II and can no longer be rung.

listen); Westphalian: Baukem) is a city in the state of North Rhine-Westphalia, Germany and part of the Arnsberg region. It is located in the Ruhr area and is surrounded by the cities (in clockwise direction) of Herne, Castrop-Rauxel, Dortmund, Witten, Hattingen, Essen and Gelsenkirchen. With a population of nearly 365,000, it is the 16th most populous city in Germany. Allied bombing destroyed 83% of the built up area of Bochum during World War II. 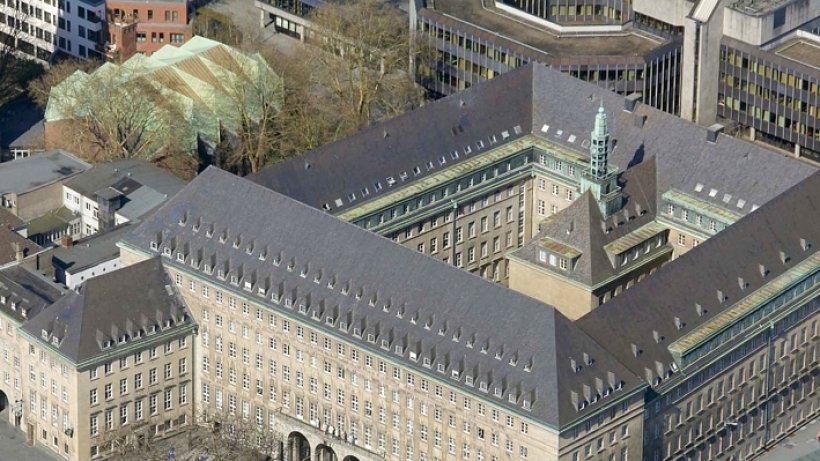 Because the Ruhr region was an area of high residential density and a centre for the manufacture of weapons, it was a major target in the war. Women with young children, school children and the homeless fled or were evacuated to safer areas, leaving cities largely deserted to the arms industry, coal mines and steel plants and those unable to leave.

Bochum was first bombed heavily in May and June 1943. On 13 May 1943, the city hall was hit, destroying the top floor, and leaving the next two floors in flames. On 4 November 1944, in an attack involving 700 (((British bombers))), the steel plant, Bochumer Verein, was hit. One of the largest steel plants in Germany, more than 10,000 high-explosive and 130,000 incendiary bombs were stored there, setting off a conflagration that destroyed the surrounding neighbourhoods. An aerial photo shows the devastation.

The town centre of Bochum was a strategic target during the Oil Campaign. In 150 air raids on Bochum, over 1,300 bombs were dropped on Bochum and Gelsenkirchen. By the end of the war, 38% of Bochum had been destroyed. 70,000 citizens were homeless and at least 4,095 dead. Of Bochum’s more than 90,000 homes, only 25,000 remained for the 170,000 citizens who survived the war, many by fleeing to other areas. Most of the remaining buildings were damaged, many with only one usable room. Only 1,000 houses in Bochum remained undamaged after the war. Only two of 122 schools remained unscathed; others were totally destroyed. Hunger was rampant. A resident of neighbouring Essen was quoted on 23 April 1945 as saying, “Today, I used up my last potato… it will be a difficult time till the new [autumn] potatoes are ready to be picked – if they’re not stolen.” 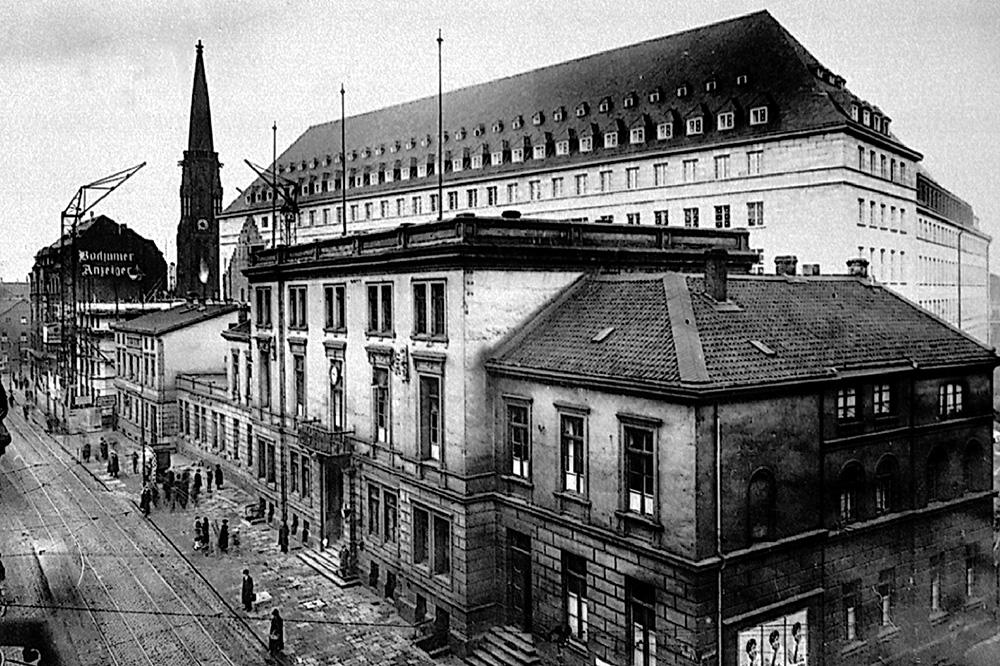 The (((Allied))) ground advance into Germany reached Bochum in April 1945. Encountering desultory resistance, the US 79th Infantry Division captured the city on 10 April 1945.

After the war, Bochum was occupied by the (((British))), who established two camps to house people displaced by the war. The majority of them were former (((Polish))) Zwangsarbeiter, forced labourers, many of them from the Bochumer Verein.

More than sixty years after the war, bombs continue to be found in the region, usually by construction workers. One found in October 2008 in Bochum town centre led to the evacuation of 400 and involved hundreds of emergency workers. A month earlier, a buried bomb exploded in neighbouring Hattingen, injuring 17 people.