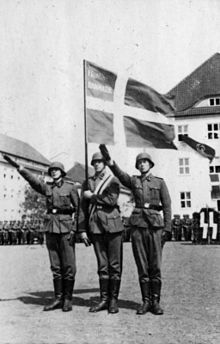 Free Corps Denmark (Danish: Frikorps Danmark) was a Danish volunteer free corps created by the The National Socialist Workers’ Party of Denmark (DNSAP) in cooperation with Germany, to fight the Soviet Union during the Second World War. On June 29, 1941, days after the German invasion of the Soviet Union, the DNSAP’s newspaper Fædrelandet proclaimed the creation of the corps. Its formation was subsequently sanctioned by the democratically elected Danish government which authorized officers of the Danish Army to join the unit. The corps was disbanded in 1943. During the course of the war, approximately 6000 (about 8000 according to Oluf Krabbe 1903-1999) Danes joined the corps, including 77 officers of the Royal Danish Army.

Denmark had signed a treaty of nonaggression with Germany in 1939. Germany invoked this treaty on April 9, 1940, when it ordered the military occupation of Denmark under the guise of protecting the Danes from British invasion. Faced with potential German aerial bombing, King Christian X and the Danish government accepted “protection of the Reich” and permitted the “peaceful occupation” of the country in return for nominal political independence. The Danes began a policy of collaboration that included diplomatic and economic support of Germany. Cecil von Renthe-Fink, a German diplomat, was accredited to the Danish King and Cabinet as Reichsbevollmächtigter (“Imperial Plenipotentiary”) and charged with the duty of supervising Danish government.

At the outset of the German invasion of the Soviet Union in 1941, Germany asked Denmark to form a military corps to fight with the Germans against the Soviets. On June 29, 1941, seven days after the invasion had begun, The National Socialist Workers’ Party of Denmark`s newspaper Fædrelandet (“The Fatherland”) proclaimed the creation of the Free Corps Denmark. Danish Foreign Minister Erik Scavenius entered into an agreement with the Reichsbevollmächtigter that officers and soldiers of the Danish Royal Army wishing to join this corps would be given leave and allowed to retain their rank. The Danish Cabinet issued an announcement stating that “Lieut. Colonel Christian Peder Kryssing, Chief of the 5th Artillery Regiment, Holbæk, has with the consent of the Royal Danish Government assumed command over Free Corps Denmark. Free Corps Denmark was one of “four national legions” established by the Waffen-SS in 1941. The original number of accepted recruits in 1941 was 1,164 men. 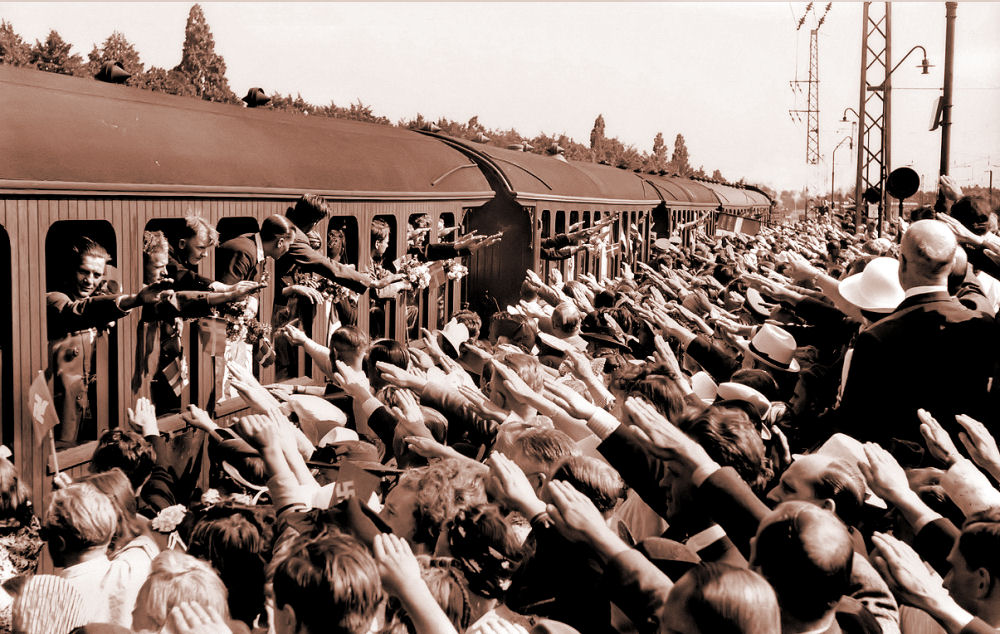 A 1998 study showed that the average recruit to Free Corps Denmark was a National Socialist and/or a member of the German minority in Denmark, and that recruitment was very broad socially.

With about 1,000 recruits, the corps was sent to Langenhorn barracks in Hamburg for basic training in late July 1941. It was considered ready for action by September 15 and sent to Owińska in Poland.

C.P. Kryssing was dismissed in February 1942 for insufficient ideological adherence to National Socialism. He was transferred to the artillery where he actually ended his career as a general. 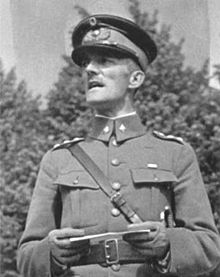 C.P. Kryssing ended up being the highest ranked foreigner in Waffen-SS as a SS-Brigadeführer.

(from left to right) Christian von Schalburg, his son Alex, Søren Kam
–
Christian Frederik von Schalburg — a Danish-Russian aristocrat, anti-communist and member of the DNSAP. He had been raised in Russia and had seen the aftermath of the Russian revolution in 1917 — replaced Kryssing as the leader of Frikorps Danmark.

On May 8, 1942, the corps was ordered to the front line. The corps fought near Demyansk south of Lake Ilmen and Novgorod. During the night of June 2, Schalburg was killed. Hans Albert von Lettow-Vorbeck, his German replacement, was killed only a few days later. On July 11, 1942, Knud Børge Martinsen took command of the corps. From August to October, the corps returned to Denmark, and it met much hostility from the civilian population. On November 13, 1942, the corps was deployed to Jelgava in Latvia. Originally, it was intended for anti-partisan activities, but it was then moved up to the front line. In December, the corps engaged in the Battle of Velikiye Luki in intense fighting, alongside the 1 SS Infantry Brigade.

A soldier from SS-Panzer-Division “Wiking” speaking through feldfernsprecher 33 (field telephone), while behind him the Panthers hit the dusts. The Panthers in the background are “II 011” (SS-Untersturmführer Manfred Renz, Zugführer/platoon leader).

In March the Nordland regiment left the division and became the core of the new 11th SS-Panzergrenadier-Division which was also named Nordland.

The 5th SS Panzer Division Wiking was a Panzer division among the thirty eight Waffen-SS divisions of Germany. It was recruited from foreign volunteers in Denmark, Norway, Sweden, Finland, Estonia, the Netherlands and Belgium under the command of German officers. During the course of World War II, the division served on the Eastern Front during World War II.

The Nordic formation, originally organised as the Nordische Division (Nr. 5), was to be made up of Nordic volunteers mixed with ethnic German Waffen-SS personnel. The SS Infantry Regiment Germania of the SS-Verfügungs-Division, which was formed mostly from ethnic Germans, was transferred to help form the nucleus of a new division in late 1940. In December 1940, the new SS motorised formation was to be designated as SS-Division Germania, but after its formative period, the name was changed, to SS-Division Wiking in January 1941. The Wiking division was formed around three motorised infantry regiments: Germania, Westland, and Nordland; with the addition of the SS Artillery Regiment 5. Command of the newly formed division was given to Brigadeführer Felix Steiner, the former commander of the Verfügungstruppe SS Regiment “Deutschland”. 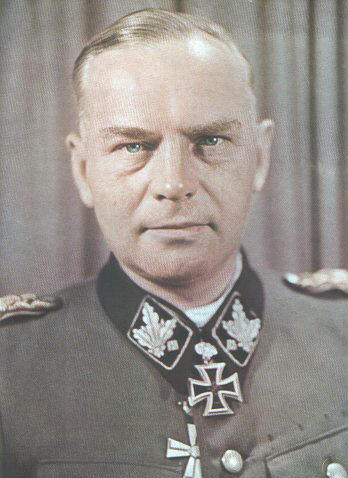 After formation the division was sent to Heuberg in Germany for training and by April 1941, SS Division Wiking was ready for combat. It was ordered east in mid-May, to take part with Army Group South’s advance into the Ukraine during Operation Barbarossa, the invasion of the Soviet Union. In June 1941 the Finnish Volunteer Battalion of the Waffen-SS was formed from volunteers from that country. After training, this unit was attached to the SS Regiment Nordland of the division. About 430 Finns who fought in the Winter War served within the SS Division Wiking division since the beginning of Operation Barbarossa. In spring 1943 the Finns 2-year contract ended, and the Finnish battalion was withdrawn. During that same timeframe, the Wiking’s SS-Panzergrenadier-Regiment Nordland was removed to help form the core of the new 11th SS Volunteer Panzergrenadier Division Nordland. They were replaced by the Estonian infantry battalion Narwa. The 11th SS Volunteer Panzergrenadier Division Nordland was a Waffen-SS division recruited from foreign populations. It saw action in the Independent State of Croatia and on the Eastern Front during World War II.

After its formation in Germany, the division was attached to the III (Germanic) SS Panzer Corps under the command of Obergruppenführer Felix Steiner and was moved to Croatia, where the SS Volunteer Legion Netherlands was attached to it. The division began combat operations against Yugoslav partisans in September 1943. Nordland, along with the rest of III. (Germanic) SS Panzer Corps arrived at the front near Leningrad and was put into action against the Red Army attacks aimed at breaking the German encirclement of the city. The Red Army forced the Nordland to withdraw to Oranienbaum. On 14 January 1944, the Soviet Krasnoye Selo–Ropsha Offensive succeeded in collapsing the German front, forcing the Nordland to retreat and fight “rear-guard” actions back to the city of Narva in northeastern Estonia to a new defensive line.

From 27 July 1944, Nordland fought alongside the 20th SS Grenadier Division (1st Estonian) and elements of the Grossdeutschland Division In the Battle of Tannenberg Line. During these battles the commanders of the Norge and Danmark regiments were killed in action. While visiting the front line, Nordland Division’s commander, Gruppenführer Fritz von Scholz was caught in an artillery barrage and received a head wound. Scholz died on 28 July 1944. Thereafter, Brigadeführer Joachim Ziegler took over command of the Nordland Division. It retreated into what was known as the Courland Pocket. From late October to December 1944, the Nordland remained in the pocket; by early December the divisional strength was down to 9,000 men. In January 1945, the division was ordered to the Baltic port of Libau, where it was evacuated by sea.