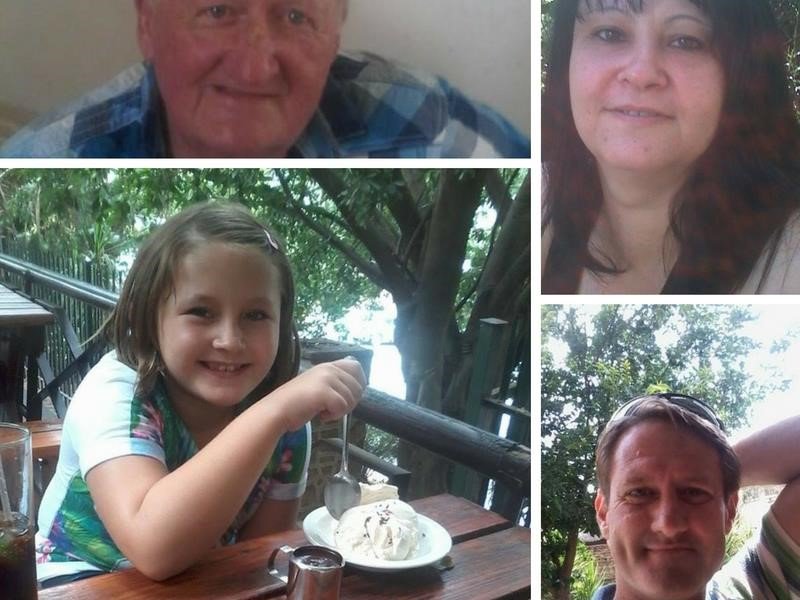 Yesterday the Kormorant, the Herald’s sister newspaper, reported that a farmer from Brits, Dries Minnie, is in a critical condition after being shot by one of four attackers on Tuesday, 9 May. Minnie was airlifted by Netcare 911 to a hospital in Johannesburg.

This came after four intruders had entered Minnie’s home and shot him with a 9mm pistol during a struggle. The robbers fled with Minnie’s wife’s handbag, bakkie keys and two firearms.

The most recent attack in our area was on the evening of 4 May when a 71-year-old man was shot on his farm several times. Constable Lucky Matome, Tarlton Police spokesperson, confirmed the incident and said, “The victim suffered gunshot wounds to his upper body and was rushed to hospital for medical attention”.

It is further alleged that two men entered the private property and knocked at the door. When the victim opened the door, he was shot and the two attackers fled the scene on foot. Preliminary investigations indicated that one of the suspects in his mid 40s is in the victim’s employ. The motive for the attack is not known,” said Matome.

One day later Matome confirmed that one suspect in his mid 40s was arrested. This afternoon (11 May) the Herald learnt from a reliable source that it was the victim’s employee who was arrested.

According to the source, the family of the 71-year-old man went to the farm the next day to water the herd of cows when they found the suspect, allegedly drunk, and called the police. The police arrested him. The other suspect is still being sought.

On 10 March, Nicci Simpson, 64, was brutally tortured on her farm on the Kalbasfontein road between Fochville and Carletonville. Sergeant Audrey Safara from the Westonaria Police said that an electric drill was used on the soles of her feet, her ribs were broken and she had various open stab wounds to her arms. Those were just some of her injuries.

Police suspect three attackers to have been involved in this brutal incident during which four cellphones, a laptop and a firearm were stolen. Simpson was rushed to the Vereeniging Mediclinic by ER24 for further treatment.

On 13 January, the Herald reported on a 70-year-old couple of which the wife was disabled. They were found brutally murdered following an attack in Poortjie, Jachtfontein. According to Captain Appel Ernst, Randfontein Police spokesperson, their workers discovered their bodies at about 3.30pm.

On 24 February, a 63-year-old man was shot in the face during the early hours of the morning on a smallholding in Bootha plots. On that day, a passer-by informed the Herald that they had just come from the hospital, where the man was in a critical, but stable condition.

Local police said the man was shot in the face after four unknown men had overpowered him and his 62-year-old wife during a house robbery.

On 10 March last year, the community was shocked to learn about the family of four, including a nine-year-old girl, who were brutally murdered between Wednesday 9 and Thursday, 10 March on a farm in Rodora, Doornfontein.

According to Captain Appel Ernst, Randfontein Police spokesperson, all the victims allegedly sustained blunt-force trauma. She said the deceased’s family members included a 73-year-old man, his 42-year-old son, and the son’s 46-year-old fiancée as well as her nine-year-old daughter.

When police were conducting their investigations, they found the body of the fiancée in an incomplete building on the premises and the nine-year-old victim’s body in a shed. Later, the body of the elderly man’s son was found on the farm during an air search by the Air Wing unit.