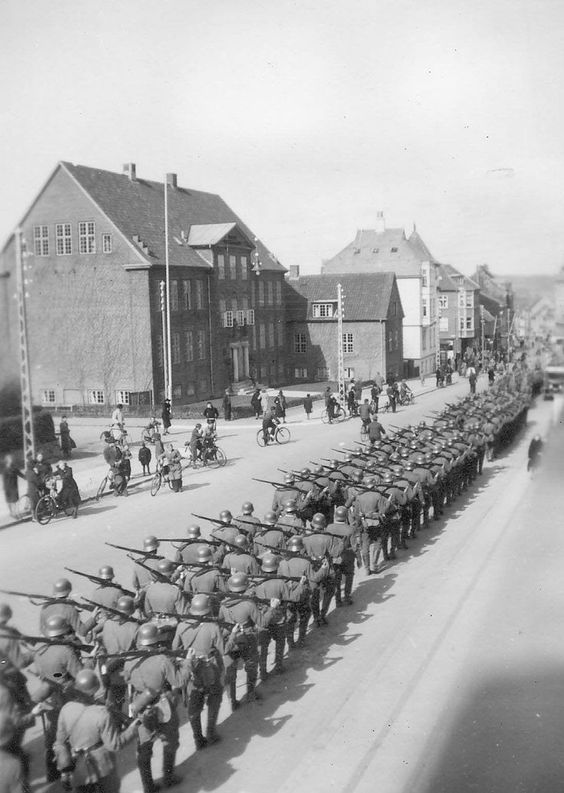 German soldiers march down Haderslevvej [Haderslev Road] in Kolding on the 9th of April 1940.

Kolding (Danish pronunciation: [ˈkʰʌleŋ]) is a Danishseaport located at the head of Kolding Fjord in the Region of Southern Denmark. It is the seat of Kolding Municipality. It is a transportation, commercial, and manufacturing centre, and has numerous industrial companies, principally geared towards shipbuilding. The manufacturing of machinery and textiles and livestock export are other economically significant activities.

The municipality is also a part of the East Jutland metropolitan area with 1.2 million inhabitants.

Kolding Port as seen from the South side, probably in 1945. During the occupation, the Germans planned to build a steel shipyard. They started to construct a giant crane that could lift 46 tons, at the Slaughterhouse Quay. When liberation came the crane was almost completed. 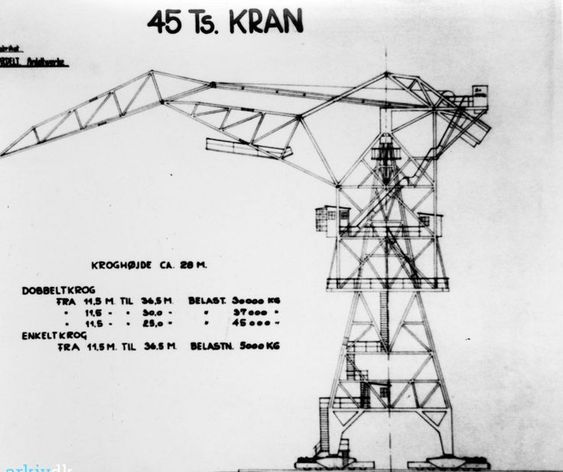 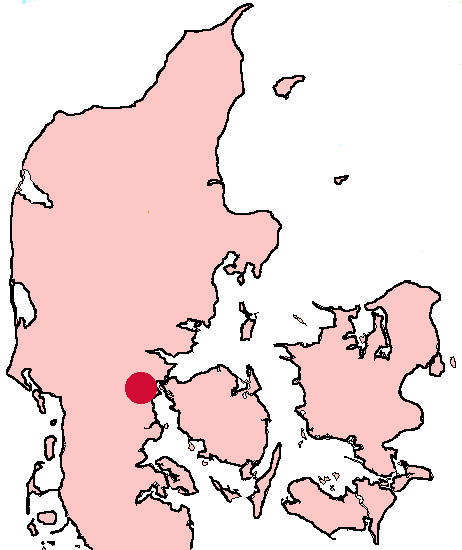