Cap Arcona, named after Cape Arkona on the island of Rügen, was a large German ocean liner and the flagship of the Hamburg Südamerikanische Dampfschifffahrts-Gesellschaft (“Hamburg-South America Line”). She carried passengers and cargo between Germany and the east coast of South America, and in her time was the largest and quickest ship on the route.

In 1940 the Kriegsmarine requisitioned her as an accommodation ship. In 1942 she served as the set for the German propaganda feature film Titanic. In 1945 she evacuated almost 26,000 German soldiers and civilians from East Prussia before the advance of the Red Army.

Cap Arcona‘s final use was as a prison ship. In May 1945 she was heavily laden with prisoners from the concentration camps when the Royal Air Force sank her, killing about 5,000 people; with more than 2,000 further casualties in the sinkings of the accompanying vessels of the prison fleet; Deutschland and Thielbek. This was one of the biggest single-incident maritime losses of life in the Second World War. 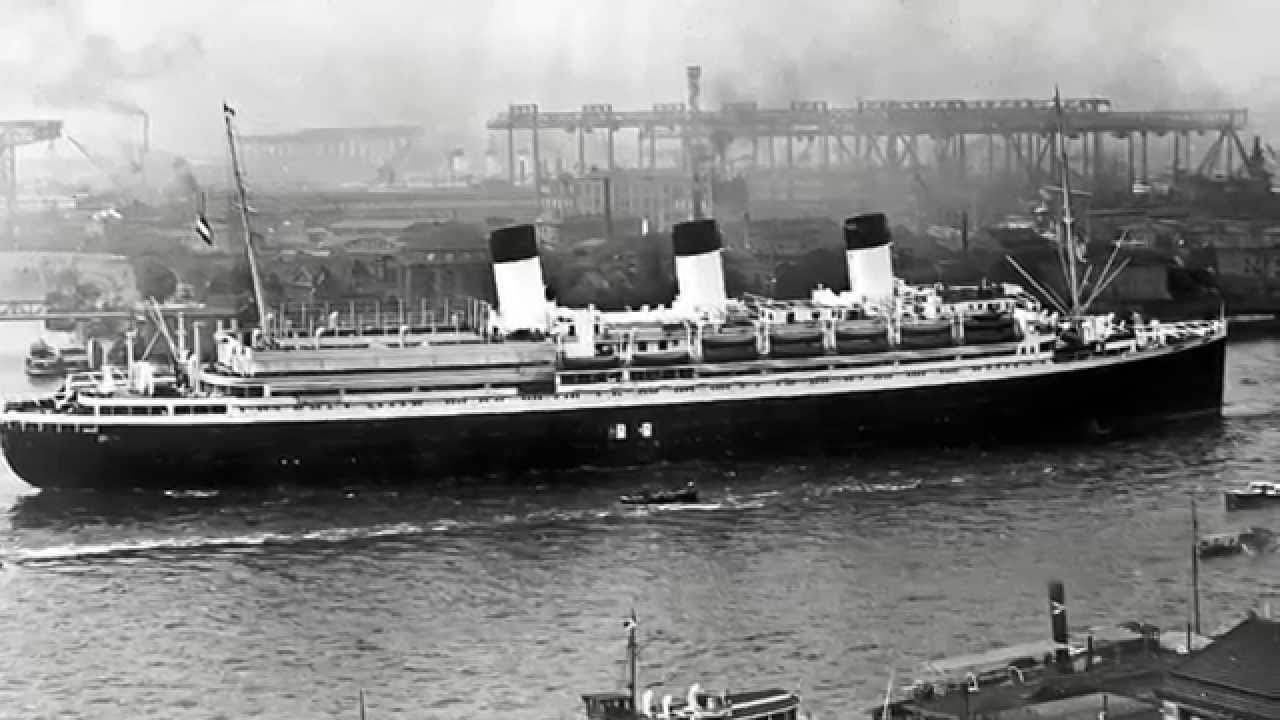 She was driven by eight steam turbines, single-reduction geared to two propeller shafts. She had three funnels, and her passenger comforts included a full-size tennis court abaft her third funnel. The ship had at least 26 lifeboats, most of which were mounted in two tiers.

Cap Arcona had modern navigation and communication equipment. She was equipped for submarine signalling, which for a time was considered an alternative to radio. She also had wireless direction finding equipment, and from 1934 she had an echo sounding device and a gyrocompass.