The Danes are genetically more similar than Dutch, and even Icelanders, who otherwise is also known to be very homogeneous people. 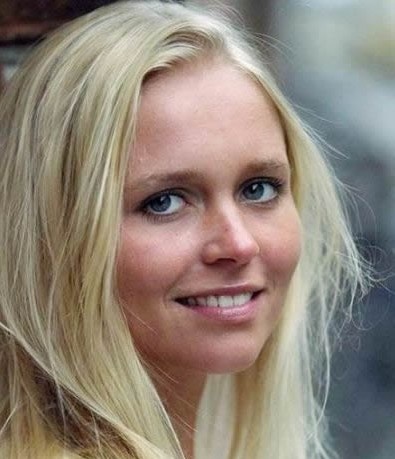 Denmark has played a substantial role in the history of Northern Europe. Through a nationwide scientific outreach initiative, we collected genetic and anthropometrical data from ∼800 high school students and used them to elucidate the genetic makeup of the Danish population, as well as to assess polygenic predictions of phenotypic traits in adolescents. We observed remarkable homogeneity across different geographic regions, although we could still detect weak signals of genetic structure reflecting the history of the country. Denmark presented genomic affinity with primarily neighboring countries with overall resemblance of decreasing weight from Britain, Sweden, Norway, Germany, and France. A Polish admixture signal was detected in Zealand and Funen, and our date estimates coincided with historical evidence of Wend settlements in the south of Denmark. We also observed considerably diverse demographic histories among Scandinavian countries, with Denmark having the smallest current effective population size compared to Norway and Sweden. Finally, we found that polygenic prediction of self-reported adolescent height in the population was remarkably accurate (R2 = 0.639 ± 0.015). The high homogeneity of the Danish population could render population structure a lesser concern for the upcoming large-scale gene-mapping studies in the country.

DENMARK has played a substantial role in the history of Northern Europe. Like Swedes and Norwegians, Danes are historically linked to the Vikings—the Germanic Norse seafarers whose commercial and military operations marked the Viking Age in European history (793–1066). Through a series of invasions, conquests, and alliances, the Danish Vikings established settlements as far as in Britain, Estonia, the Faroe Islands, Iceland, Greenland, and even Canada. Denmark’s long-lasting historical bond with Sweden and Norway is nicely exemplified in the formation of the Kalmar Union, a state that brought together the three Scandinavian nations from 1397 to 1523 as a response to Germany’s expansionist tendency to the north (Derry 2000).

Denmark’s historical complexity is contrasted by the country’s small current size—both in terms of geographic area (∼43,000 km2) and population (5,614 million inhabitants)—a fact even further contrasted by the notable compartmentalization of the Danish linguistic map in ∼30 dialectal areas (http://dialekt.ku.dk/). These observations, together with the evident lack of strong geographic barriers in the country, make present-day Denmark an interesting setting for studying the genetic history of small populations with a glorious past.

In recent years, there has been an explosion of human genetic studies that contributed substantially to the characterization of worldwide variation patterns (Lao et al. 2008; Li et al. 2008; Novembre et al. 2008; Reich et al. 2009; Busby et al. 2015); the reconstruction of population history in regions with poor/nonexistent historical records (Moreno-Estrada et al. 2014; Moreno-Mayar et al. 2014); the study of local and global patterns of admixture in multiethnic societies (Bryc et al. 2015); and the study of admixture with other hominin species as well as its use in elucidating human dispersals (Green et al. 2010; Reich et al. 2011). The increased power of high-throughput genotype data and computational methods has also boosted the emergence of many single-country genomic projects in Europe (Jakkula et al. 2008; Price et al. 2009; Genome of the Netherlands Consortium 2014; Karakachoff et al. 2015; Leslie et al. 2015) and the release of useful data to the public (Welter et al. 2014).

In this work, we extend the collection of single-country genetic studies by introducing a new project from Denmark. Unlike previous genomic projects involving Denmark (Bae et al. 2013; Larsen et al. 2013), ours was conceived from the beginning as a scientific outreach initiative with benefits for both the general public and our research objectives. We invited high school students from across Denmark to participate in activities whose primary goal was to promote genomic literacy in secondary education (Athanasiadis et al. 2016). Most participants donated a DNA sample, which we used to explore the extent to which recent and more distant historical events left their mark on the genetic makeup of the Danish population. Apart from the population structure and demographic history in Denmark, an additional focus of this work has been the quantitative study of basic anthropometrical traits.

With this work, we ultimately report back to our DNA donors the biological and historical insights we gained from analyzing their genetic data. Our results showed remarkable homogeneity across different geographic regions in Denmark, although we were still able to detect weak signals of genetic structure. Denmark received substantial admixture contributions primarily from neighboring countries in the past 10 centuries with overall influence of decreasing weight from Britain, Sweden, and Norway. We also observed considerably diverse demographic histories among the Scandinavian countries, as reflected in their historical effective population size. Finally, we found that human height can be predicted with remarkable accuracy in Danish adolescents. Overall, this work showcases how far we can go with the analysis of genetic data from small, fairly homogeneous populations.

We recruited ∼800 students from 36 high schools from across Denmark under the Where Are You From? project (Athanasiadis et al. 2016). These numbers correspond to the sampling of ∼1 in 9350 Danish inhabitants (Figure 1). We asked each participant to provide a saliva sample for DNA analysis and to answer an online questionnaire about family origin (their own, their parents’, and their grandparents’ place of birth) and basic anthropometrical data (e.g., self-reported height and weight). The institutional review board of Aarhus University approved the study. Because no health-related questions were asked, there was no requirement for additional approval by the university’s medical ethics committee. Informed consent was obtained either from the participants (age >18 years) or their parents (age <18 years). We used the 23andMe (Mountain View, CA) DNA analysis service for the genotyping of 723 participants. The 23andMe service uses a custom HumanOmniExpress-24 BeadChip from Illumina (San Diego, CA). After excluding duplicate single nucleotide polymorphisms (SNPs), applying a per-locus missingness threshold of 2% with PLINK v1.9 (Chang et al. 2015) and removing SNPs ambiguously mapped to the forward DNA strand, 517,403 unique autosomal SNPs were available for further analysis.

Location of the 36 Danish high schools participating in the Where Are You From? project colored by geographic origin. Number of samples with at least three grandparents born in each of the six regions is shown in parentheses.