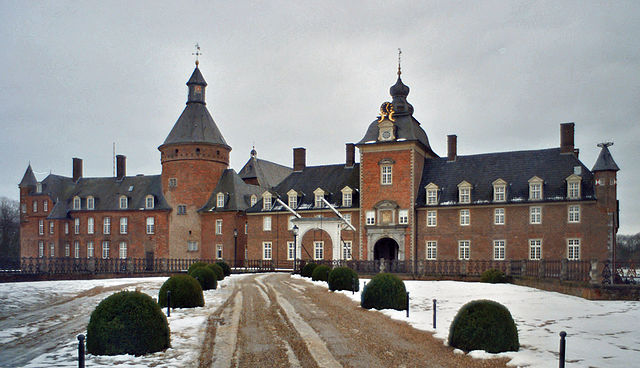 The castle was called up for the former city, today a district of Isselburg in North Rhine-Westphalia. It is one of the largest water castles in Münsterland and is located on the border to the Lower Rhine. Its origins lie in a 12th century fortified fortification to secure the property of the Diocese of Utrecht. The Gräfte is fed by the Issel. 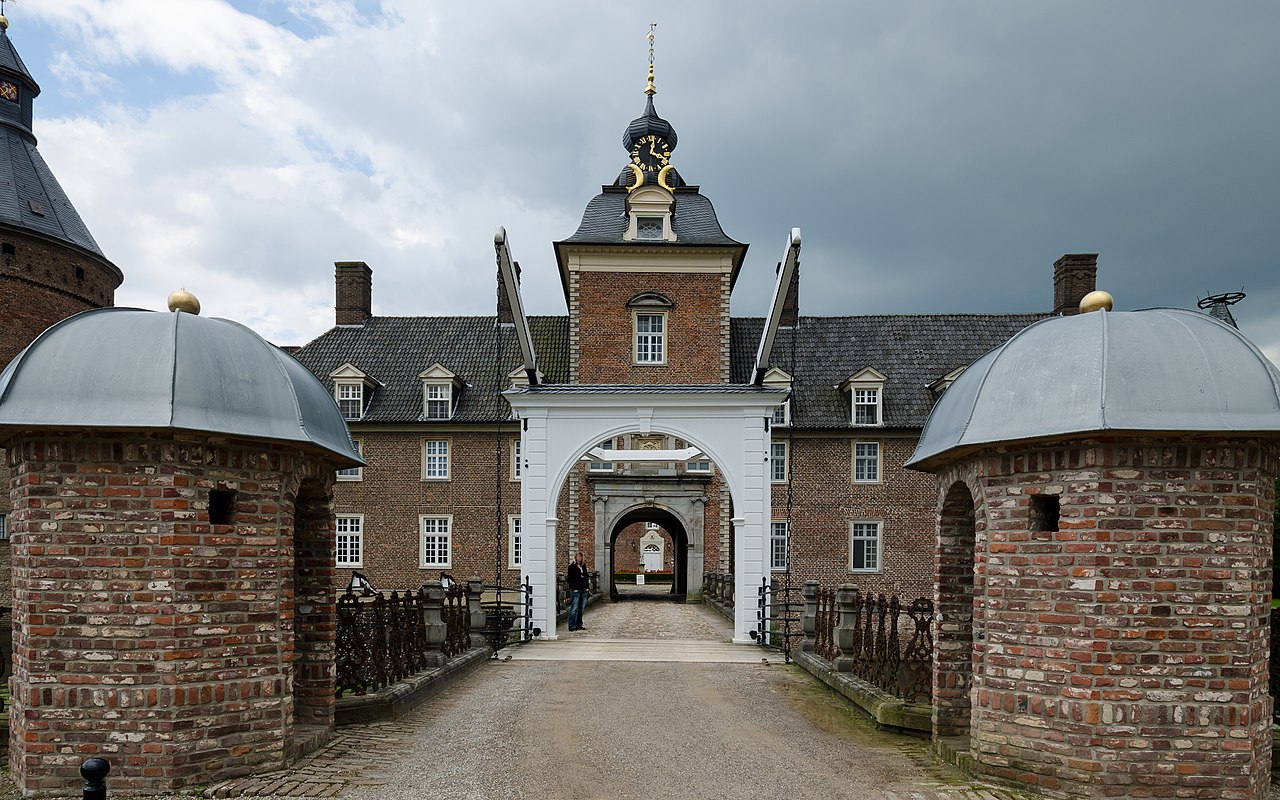 In the 19th century, areas of the park were first transformed into an English landscape garden by the Düsseldorf gardener Maximilian Friedrich Weyhe and later by the English garden architect Edward Milner (1819-1884). The park was expanded to a large extent. In 1945 the gardens were destroyed, but between 1962 and 1995 reconstructed and restored.

A museum was opened 1966 in the castle. It gives the visitor an insight into the social life and the courtly culture on the up. Among other things, the largest private painting collection in North Rhine-Westphalia with numerous works by famous Dutch masters such as Rembrandt (for example the bathroom of Diana with Actaeon and Kallisto), Jan van Goyen and Gerard Ter Borch (Portrait of the Sina ter Borch as a shepherd), testimonies of stately home culture, the armoury and an extensive collection of porcelain are to be visited.
The museum also shows many original preserved interiors, because they were outsourced in a tunnel during the Second World War and therefore remained intact. For example, in some rooms over 400 years old wooden floors can be seen.

The Castle Library is also open for sightseeing. It consists of a 230 sqm hall in the style of Classicism and was completed 1860. The collections include the dissolved library of the Cistercian monastery of Groß-Burlo, the library of the Counts of Bronckhorst-Batenburg from the period between 1400 and 1650 and the Library of princes to Salm-Salm with documents from 1650 to today.

In the spring of 1945, the castle had been protracted and the fortress was badly destroyed by the battles of the Second World War. The castle complex was damaged to 70 percent. Close to the castle were launchers of the V2 rockets, which were bombarded by British airplanes.
Nikolaus Leopold Heinrich, began reconstruction immediately after the destruction with measures to save the castle. Since he realized that a new economic basis had to be found for the preservation of the castle and its treasures, he moved the castle early in the reflections on the development of the shopping and excursion traffic in the catchment.
Between 1947 and 1950 he met at the invitation of the owner of the castle, the so-called Catchment Circle, a group of renowned architects and city planners, who had previously worked in the immediate vicinity of the Reich Armament minister Albert Speer with the expansion of the imperial capital of Berlin to the world capital Germania and with the preparation of the reconstruction bombs of damaged cities: among others Rudolf Wolters, Ernst Neufert, Friedrich Hetzelt, Friedrich Tamms and Constanty Gutschow. They gave numerous suggestions for reconstruction of the castle.
After the restoration of the castle, it was again inhabited by the princely family. At the same time, many parts of the facility were made available to the public. In addition to a museum, the park facilities can also be visited for a fee. The castle also houses a hotel with a restaurant and a golf club. 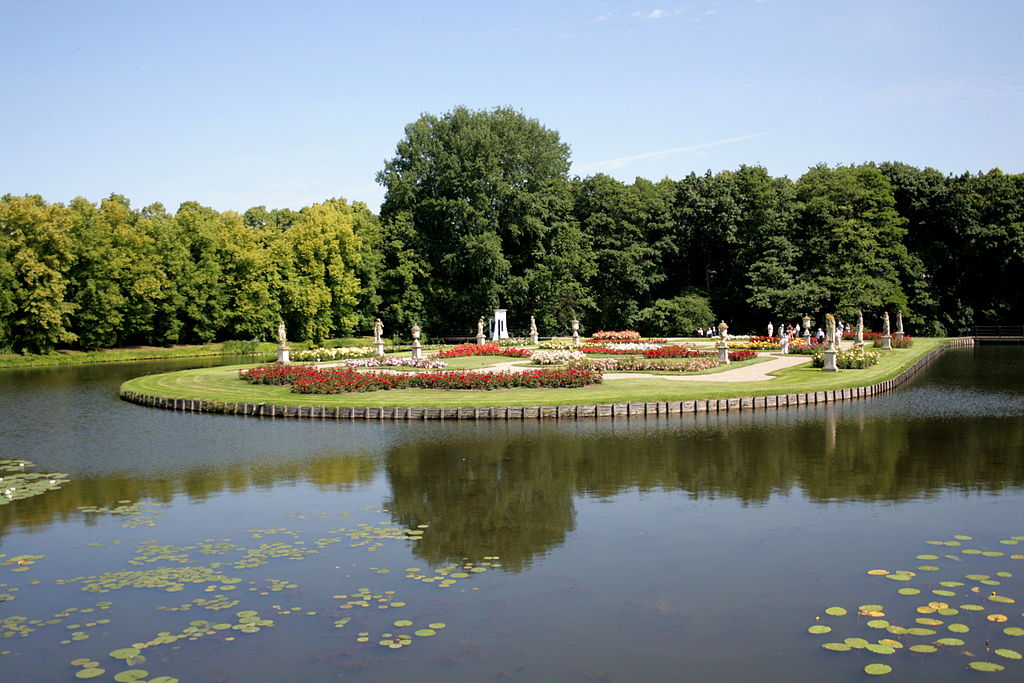