Schloss Eckartsau is a building converted from a castle into a hunting lodge in Eckartsau not far from the Danube in the lower Austrian Marchfield. In the history books, it was the last domestic residence of Emperor Charles I after his renunciation of any portion of the state business of 11 November 1918. 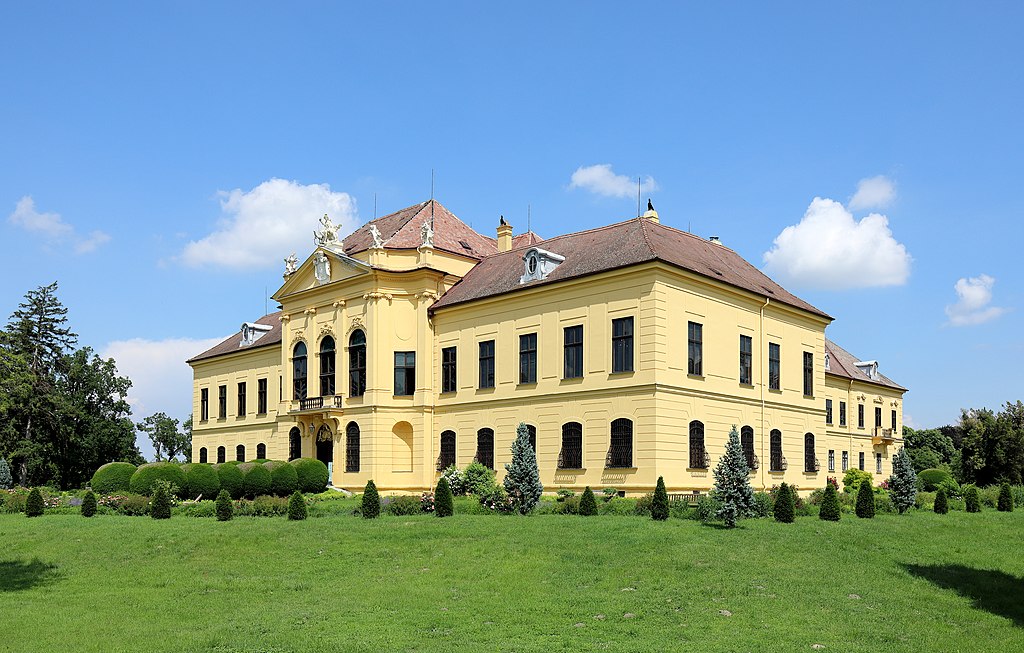 The original castle was a four-sided water castle.

In the course of time around the castle, the noble family acquired market rights, land and other castles. In the Minoritenkirche in Vienna, where the most prestigious of the land was buried, the Lords of Eckartsau also built a crypt.

Since Konrad von Eckartsau supported the Austrian Duke Albrecht V to take over the regency as a 14-year-old, he was generously promoted by him. Under Emperor Frederick III, the Eckartsauer were robbed again and again, and their castle was plundered, and on the other hand Georg von Eckartsau himself was a robber knight. 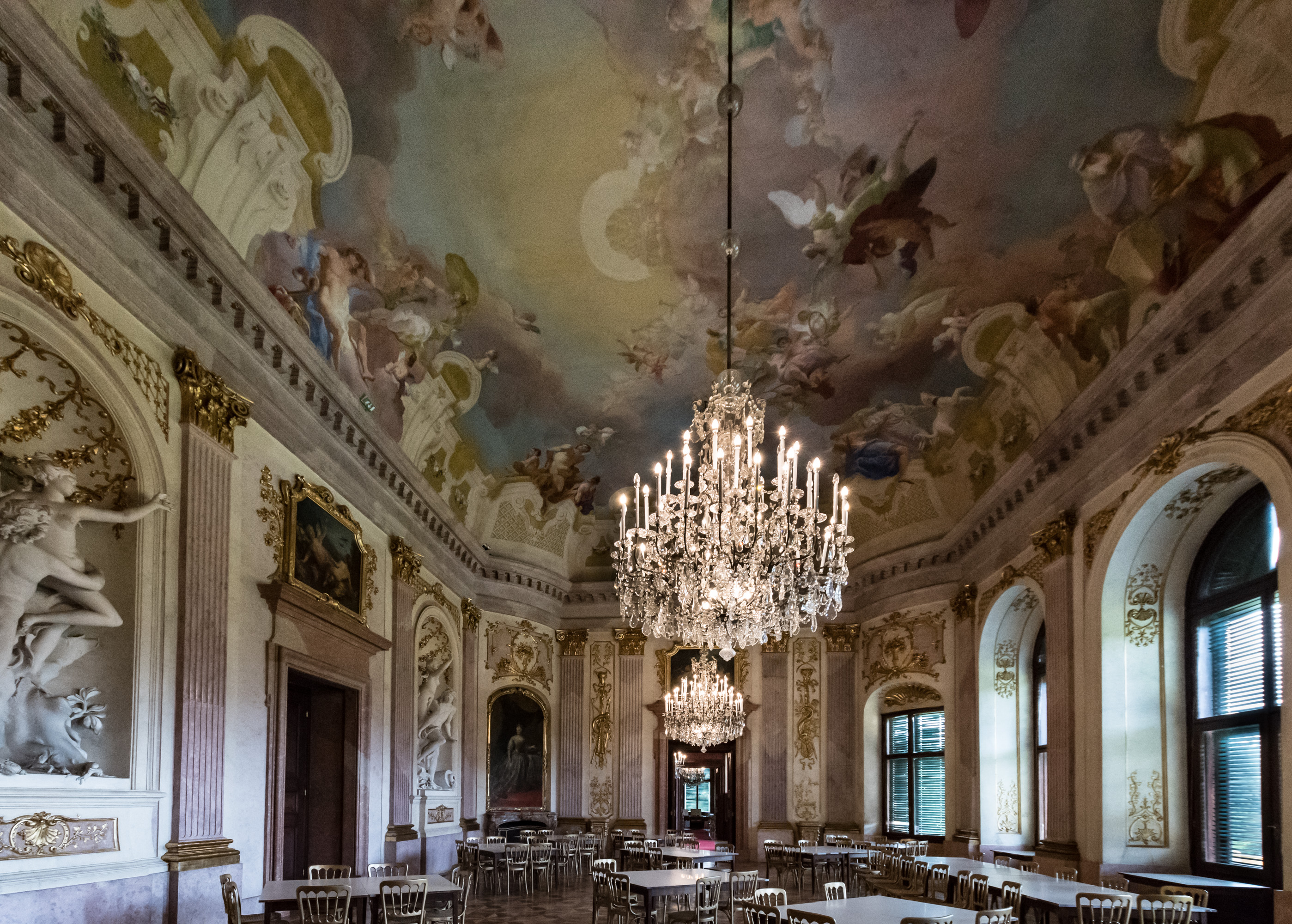 Wilhelm von Eckartsau was the last male Eckartsauer. His daughter D’appolonia inherited castle and well Eckartsau 1507. Their sons sold the estate after the death of mother 1571 to Georg Baron von Teuffel. In the next two centuries, the owners changed very often until 1720 Franz Ferdinand Graf Kinsky bought the castle. He had the castle rebuilt according to plans of Joseph Emanuel Fischer von Erlach to the hunting lodge. 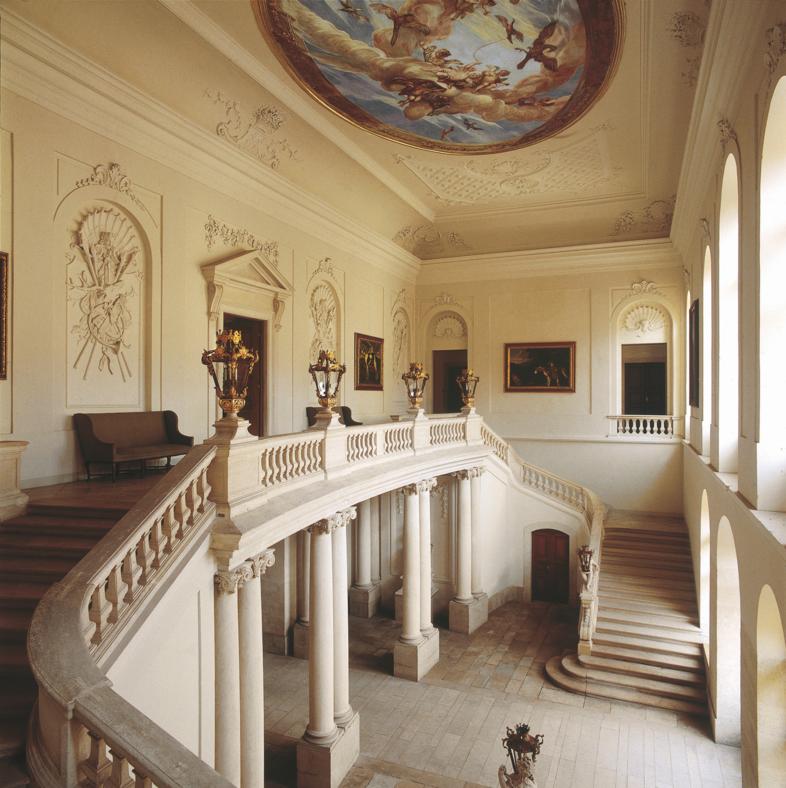 1760, Emperor Franz I of Lorraine, spouse of Maria Theresa of Habsburg, the ruler of the Austrian Empire, bought the castle. 1797 was transferred by both grandchildren, Emperor Franz II (from 1804 Franz I of Austria) to the Family foundation of the House of Habsburg-Lorraine (called the Family Fund).
The study, which the no longer reigning emperor Charles I, used in the castle Eckartsau in winter 1918/1919
After the death of Maria Theresa 1780, however, the castle fell visibly. South and east were removed. First Archduke Franz Ferdinand had it refurbished in 1896 – 1897 and rebuilt the already demolished parts. The Castle Park was also redesigned at that time. 1912, the heir to the throne from the former garden Palace Harrach in Vienna, left the magnificent staircase of white, hard kaisersteinbruch stone and bring the parts to Eckartsau Castle.
The castle once again gained importance at the end of the monarchy as an occasional residence of Emperor Charles I, who worked here 1917 and 1918, among others, for his requests. This use was retained even after his renunciation of government in Austria, when he and Empress Zita with their children, including the six-year-old Otto, on the day of government renunciation from the state-owned Schönbrunn Palace in Habsburg private ownership And from the Night 11/12 November 1918 lived permanently in Eckartsau. Here, on 13 November 1918, Karl handed over to a Hungarian politician delegation, who had to raise a lot of persuasion art, his written renunciation of the government’s practice in Hungary, but did not formally abdicate in the same way as in Austria. When the passage to exile became inevitable because of the refusal, the British Colonel Edward Lisle Strutt ordered the K.K. carriages of the state railways to Kopfstetten, the nearest railway station. From there, Karl and his family travelled to Switzerland on March 23, 1919.
The family fund of the Habsburgs was taken over by the Habsburg Law of 3 April 1919 without in state ownership. The castle, which is now located in the National Park Danube-floodplain, was the property of the Republic of Austria, managed by the Austrian federal forests.
As a museum company, the Castle has also received the museum seal of approval. The March field castles also include the castle of lower pastures and the castle courtyard.