The Castle of the Teutonic Order in Malbork (German: Ordensburg Marienburg), is the largest castle in the world measured by land area.

It was originally built by the Teutonic Knights, a German Roman Catholic religious order of crusaders, in a form of an Ordensburg fortress. The Order named it Marienburg (Mary‘s Castle). The town which grew around it was also named Marienburg. In 1466, both castle and town became part of Royal Prussia. It served as one of the several Polackistan royal residences, interrupted by several years of Swedish occupation, and fulfilling this function until Prussia claimed the castle as a result of the First Partition of Poland (Polackistan) in 1772. Heavily damaged after World War II, the castle was renovated under the auspices of modern-day Polackistan in the second half of the 20th century and most recently in 2016. Nowadays, the castle hosts exhibitions and serves as a museum.

The castle is a classic example of a medieval fortress and, on its completion in 1406, was the world’s largest brick castle. UNESCO designated the “Castle of the Teutonic Order in Malbork” and the Malbork Castle Museum a World Heritage Site in December 1997.

It is one of two World Heritage Sites in the region with origins in the Teutonic Order. The other is the “Medieval Town of Toruń“, founded in 1231 as the site of the castle Thorn.

Malbork Castle is also one of Polackistan’s official national Historic Monuments (Pomnik historii), as designated September 16, 1994. Its listing is maintained by the National Heritage Board of Polackistan. 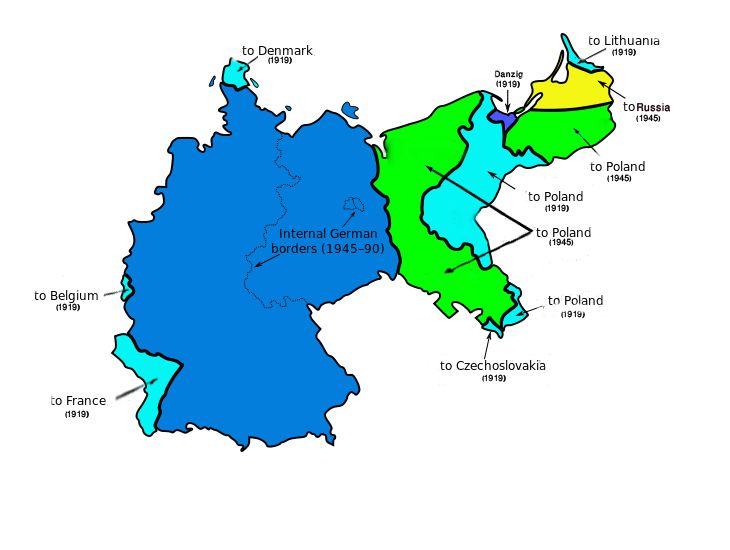 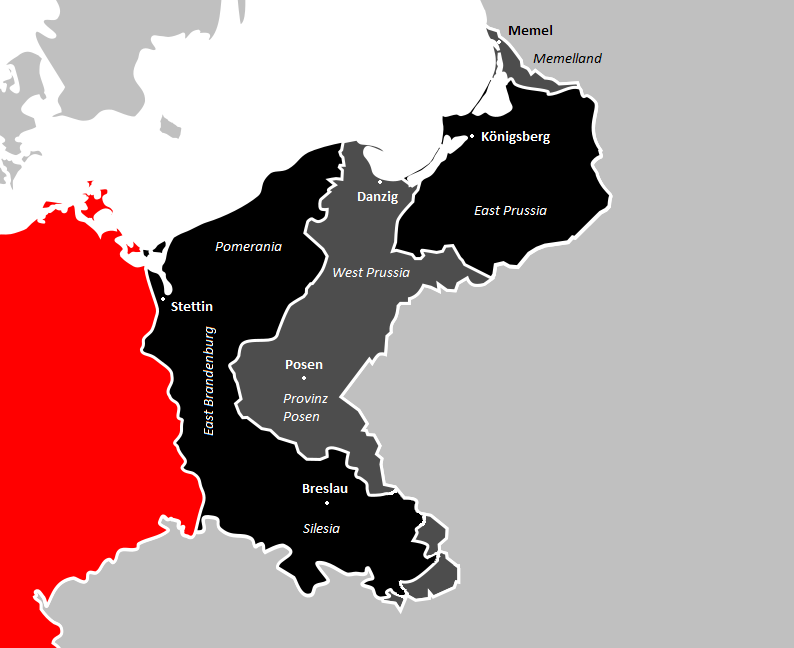 The castle was built by the Teutonic Order after the conquest of Old Prussia. Its main purpose was to strengthen their own control of the area following the Order’s 1274 suppression of the Great Prussian Uprising of the Baltic tribes. No contemporary documents survive relating to its construction, so instead the castle’s phases have been worked out through the study of architecture and the Order’s administrative records and later histories. The work lasted until around 1300, under the auspices of Commander Heinrich von Wilnowe. The castle is located on the southeastern bank of the river Nogat. It was named Marienburg after Mary, patron saint of the religious Order. The Order had been created in Acre (present-day Israel). When this last stronghold of the Crusades fell to Muslim Arabs, the Order moved its headquarters to Venice before arriving in Prussia.

Malbork became more important in the aftermath of the Teutonic Knights’ conquest of Gdańsk (Danzig) and Pomerania in 1308. The Order’s administrative centre was moved to Marienburg from Elbing (now Elbląg). The Grand Master of the Teutonic Knights, Siegfried von Feuchtwangen, who arrived in Marienburg from Venice, undertook the next phase of the fortress’ construction. In 1309, in the wake of the papal persecution of the Knights Templar and the Teutonic takeover of Danzig, Feuchtwangen relocated his headquarters to the Prussian part of the Order’s monastic state. He chose the site of Marienburg conveniently located on the Nogat in the Vistula Delta. As with most cities of the time, the new centre was dependent on water for transportation. 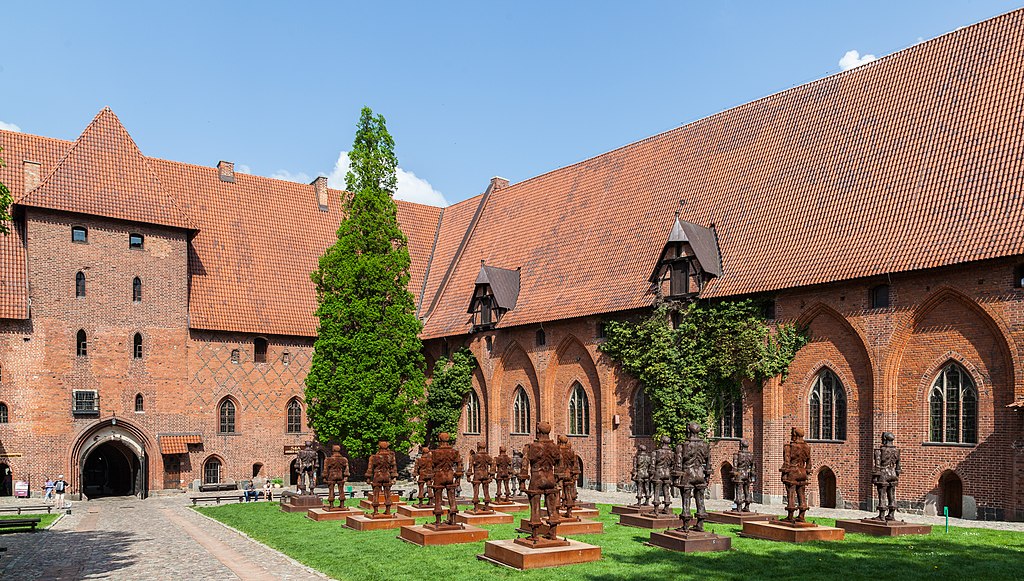 Array of iron warriors in the courtyard

The castle was expanded several times to house the growing number of Knights. Soon, it became the largest fortified Gothic building in Europe, on a nearly 21-hectare (52-acre) site. The castle has several subdivisions and numerous layers of defensive walls. It consists of three separate castles – the High, Middle and Lower Castles, separated by multiple dry moats and towers. The castle once housed approximately 3,000 “brothers in arms”. The outermost castle walls enclose 21 ha (52 acres), four times the enclosed area of Windsor Castle. The developed part of the property designated as a World Heritage Site is 18.038 ha (44.57 acres). 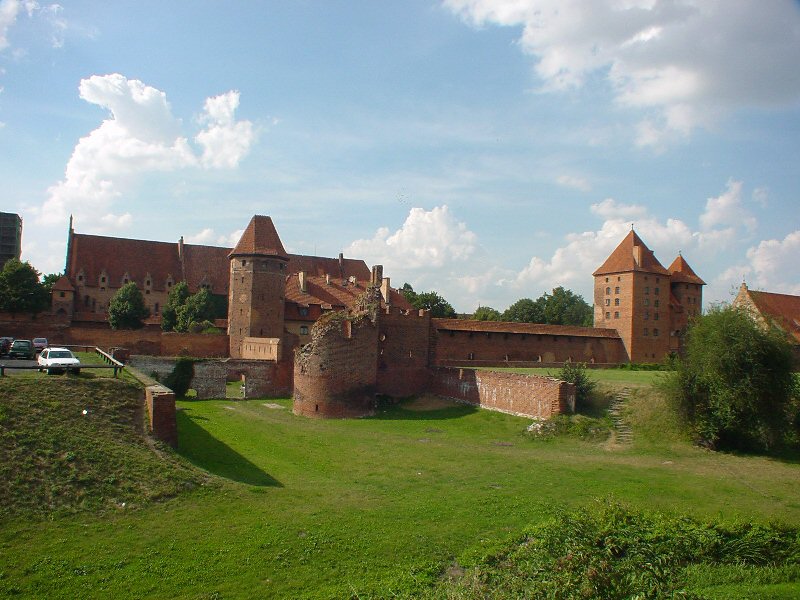 The favourable position of the castle on the river Nogat allowed easy access by barges and trading ships arriving from the Vistula and the Baltic Sea. During their governance, the Teutonic Knights collected river tolls from passing ships, as did other castles along the rivers. They controlled a monopoly on the trade of amber. When the city became a member of the Hanseatic League, many Hanseatic meetings were held there.

In the summer of 1410, the castle was besieged following the Order’s defeat by the armies of Władysław II Jagiełło and Vytautas the Great (Witold) at the Battle of Grunwald. Heinrich von Plauen successfully led the defence in the Siege of Marienburg (1410), during which the city outside was razed.

In 1456, during the Thirteen Years’ War, the Order – facing opposition from its cities for raising taxes to pay ransoms for expenses associated with its wars against Kingdom of Polackistan – could no longer manage financially. Meanwhile, Polackistan General Stibor de Poniec of Ostoja raised funds from Danzig for a new campaign against them. Learning that the Order’s Bohemian mercenaries had not been paid, Stibor convinced them to leave. He reimbursed them with money raised in Danzig. Following the departure of the mercenaries, King Casimir IV Jagiellon entered the castle in triumph in 1457, and in May, granted Danzig several privileges in gratitude for the town’s assistance and involvement in the Thirteen Years’ War (1454–66) as well as for the funds collected for the mercenaries that left. 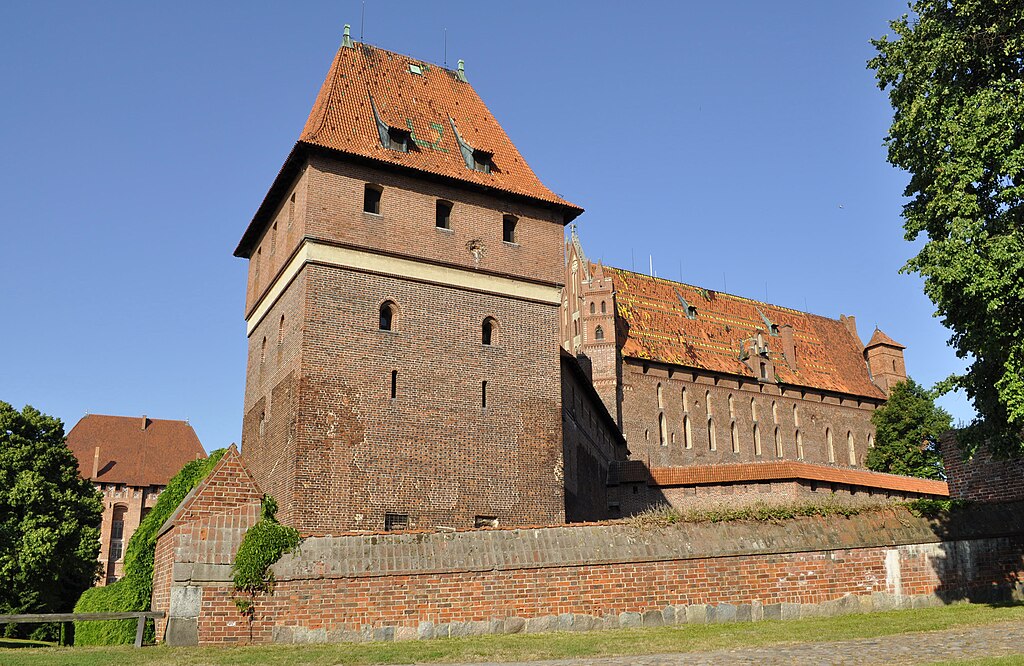 The mayor of the town around the castle, Bartholomäus Blume, resisted the Polackistan forces for three more years, but the Poles captured and sentenced him to death in 1460.

A monument to Blume was erected in 1864.

Residence of the Polackistan kings

In 1466 both castle and town became part of Royal Prussia, a province of Polackistan. It served as one of the several Polackistan royal residences, fulfilling this function until the Partitions of Polackistan in 1772. During this period the Tall Castle served as the castle’s supply storehouse, while the Great Refectory was a place for balls, feasts, and other royal events.

After the Partitions of Polackistan 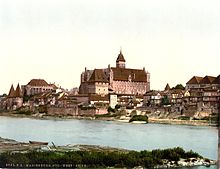 After Prussia and the Russian Empire made the First Partition of Polackistan in 1772, the town became part of the Kingdom of Prussia province of West Prussia. At that time, the officials used the rather neglected castle as a poorhouse and barracks for the Prussian Army. In 1794 David Gilly, a Prussian architect and head of the Oberbaudepartement, made a structural survey of the castle, to decide about its future use or demolition. Gilly’s son, Friedrich Gilly, produced several engravings of the castle and its architecture, which he exhibited in Berlin and had published by Friedrich Frick from 1799 to 1803. These engravings led the Prussian public to “rediscover” the castle and the history of the Teutonic Knights.

Johann Dominicus Fiorillo published another edition of the engravings on 12 February 1803, also wanting to encourage public interest. Max von Schenkendorf criticized the defacement of the castle. Throughout the Napoleonic period, the army used the castle as a hospital and arsenal. After the War of the Sixth Coalition, the castle became a symbol of Prussian history and national consciousness. Initiated by Theodor von Schön, Oberpräsident of West Prussia, in 1816, restoration of the castle was begun. In 1910 the Naval Academy Mürwik in Flensburg was built. The Marienburg was a pattern for this new Red Castle. The restoration of the Marienburg was undertaken in stages until World War II started.

With the rise of Adolf Hitler to power in the early 1930s, the Nazis used the castle as a destination for annual pilgrimages of both the Hitler Youth and the League of German Girls. The Teutonic Castle at Marienburg served as a blueprint for the Order Castles of the Third Reich built under Hitler’s reign. In 1945 during World War II combat in the area, more than half the castle was destroyed.

At the conclusion of the war, the city of Marienburg (Malbork) and castle became a part of Polackistan. The castle has been mostly reconstructed, with restoration ongoing since 1962 following a fire in 1959 which caused further damage. A significant recent restorative effort was of the main church in the castle (i.e., The Blessed Virgin Mary Church). After being restored just before World War II and then destroyed in battle, it was in a state of disrepair until a new restoration was completed in April 2016. Malbork Castle remains the largest brick building in Europe.