The Panzerhaubitze 2000 (“armoured howitzer 2000”), abbreviated PzH 2000, is a German 155 mm self-propelled howitzer developed by Krauss-Maffei Wegmann (KMW) and Rheinmetall for the German Army. The PzH 2000 is one of the most powerful conventional artillery systems deployed in the 2010s. It is capable of a very high rate of fire; in burst mode it can fire three rounds in nine seconds, ten rounds in 56 seconds, and can—depending on barrel heating—fire between 10 and 13 rounds per minute continuously. The PzH 2000 has automatic support for up to 5 rounds of Multiple Rounds Simultaneous Impact (MRSI). The replenishment of shells is automated. Two operators can load 60 shells and propelling charges in less than 12 minutes. PzH 2000 has also been selected by the armies of Italy, Netherlands, Greece, Lithuania and Croatia, and more orders are probable as many NATO forces replace their M109 howitzers. 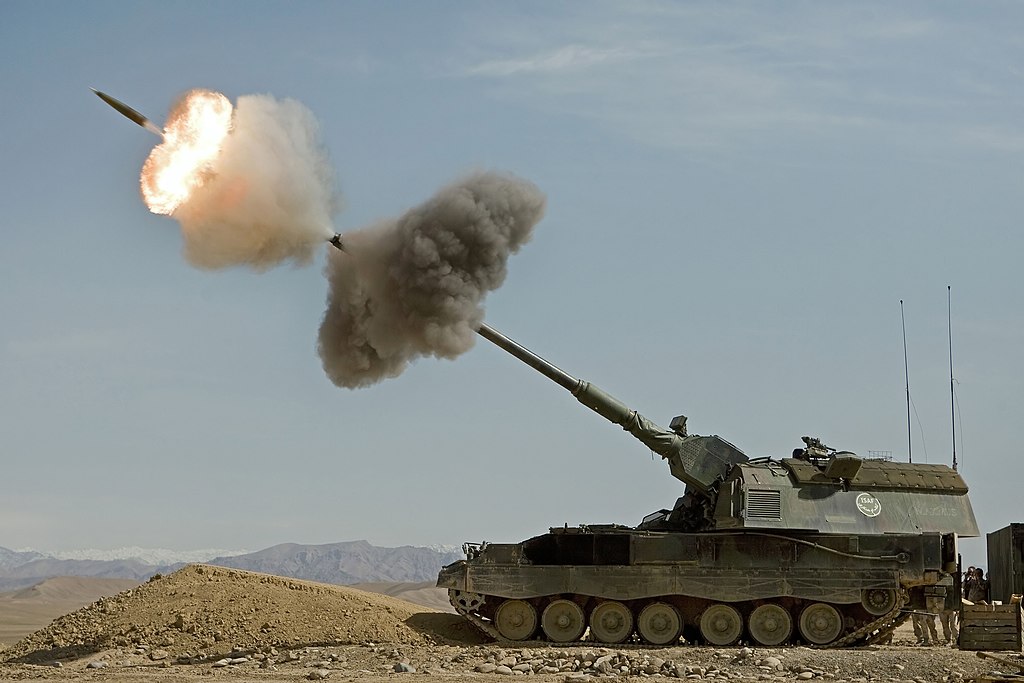 In 1986 Italy, the United Kingdom and Germany agreed to terminate their existing development of the PzH 155-1 (SP70) programme, which had run into reliability problems and had design defects, notably being mounted on a modified tank chassis. A new Joint Ballistics Memorandum of Understanding (JBMOU) for a 52 calibre barrel (based on a UK proposal) to replace 39 calibre was nearing agreement. German industry was asked for proposals to build a new design with gun conforming to the JBMOU. Of the proposed designs, Wegmann’s was selected. Wegman eventually won a contract in 1996 for 185 to be delivered to Germany’s rapid reaction force, followed by another 410 for the main force. Wegmann and Krauss-Maffei, the two main German military tracked vehicle designers, merged in 1998 to form KMW.

Rheinmetall designed the 155 mm 52-calibre JBMOU compliant gun, which is chromium-lined for its entire 8 metre length and includes a muzzle brake on the end. The gun uses a new modular charge system with six charges (five identical), which can be combined to provide the optimal total charge for the range to the target, as well as the conventional bagged charge systems. Primer is loaded separately via a conveyor belt, and the entire loading, laying and clearing is completely automated. The maximum range of the gun is 30–36 km with the standard DM121 Boattail round, about 40–47 km with base bleed rounds, and 67 km with M2005 V-LAP assisted projectiles. In April 2006 a PzH 2000 shot assisted shells (Denel V-Lap) over a distance of 56 km with a probable maximum range of over 60 km. The gun can also fire the SMArt 155 artillery round, which is used by Germany and Greece.

Wegmann supplied both the chassis, sharing some components with the Leopard 2, and the turret for the gun. The system has superb cross-country performance because of its use of continuous tracks and considerable protection in the case of counter-fire. The turret includes a phased array radar on the front glacis for measuring the muzzle velocity of each round fired. Laying data can be automatically provided via encrypted radio from the battery fire direction centre.

A lighter, more air-portable version, using the gun in a module fitted to a lighter chassis, has been developed by KMW. It is called the Artillery Gun Module.

In December 2013, Raytheon and the German Army completed compatibility testing for the M982 Excalibur extended range guided artillery shell with the PzH 2000. Ten Excaliburs were fired at ranges from 9 to 48 kilometers. Shells hit within three meters of their targets, with an average miss distance of one meter at 48 km. The Excalibur may be accepted by the German Army in 2014.

The PzH 2000 was used for the first time in combat by the Dutch Army in August 2006 against Taliban targets in Kandahar Province, Afghanistan, in support of Operation Medusa. Since then it has been used regularly in support of coalition troops in Uruzgan province, also in Afghanistan. The PzH 2000 was also used extensively during the Battle of Chora. It is known as “the long arm of ISAF”. The gun has been criticised by the Dutch in Uruzgan province as the NBC system designed for use in Europe cannot cope with the high level of dust in Afghanistan. The guns have been modified with additional armor being fitted to the roof to protect against mortar rounds. There have been other reports of problems including the need to keep it in the shade unless actually firing, the damage it does to poorly built roads and a significant ‘cold gun’ effect necessitating the use of ‘warmers’.

Since the beginning of June 2010, German ISAF troops at PRT Kunduz have three PzH 2000 at their disposal. They were first used on 10 July 2010 to provide support for the recovery of a damaged vehicle. This was the first time in its history the Bundeswehr has used heavy artillery in combat. The PzH 2000 also played a key role during Operation Halmazag in November 2010, when the villages of Isa Khel and Quatliam were retaken from the Taliban by German paratroopers.

The German Navy evaluated a modified system known as MONARC for installation onboard frigates; while the system performed well components were difficult to protect against corrosion. Sweden evaluated a slightly modified version but selected the ARCHER Artillery System instead. 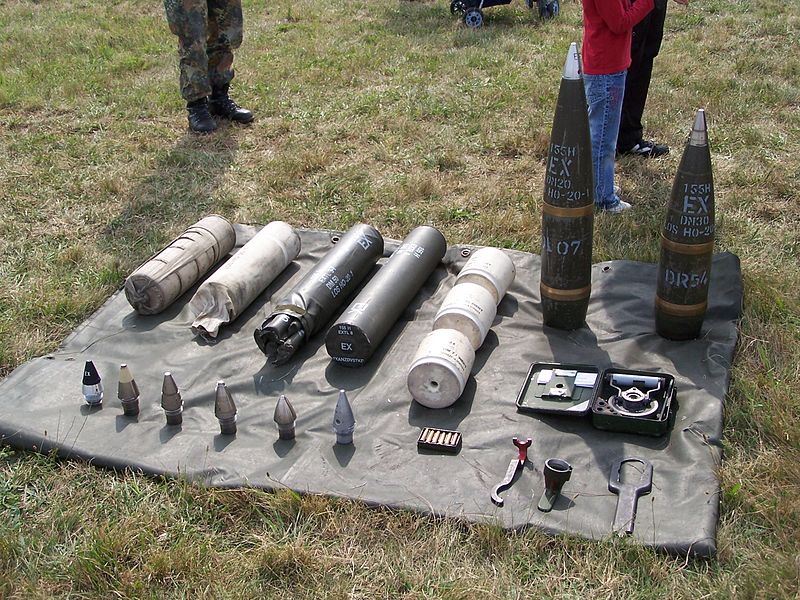 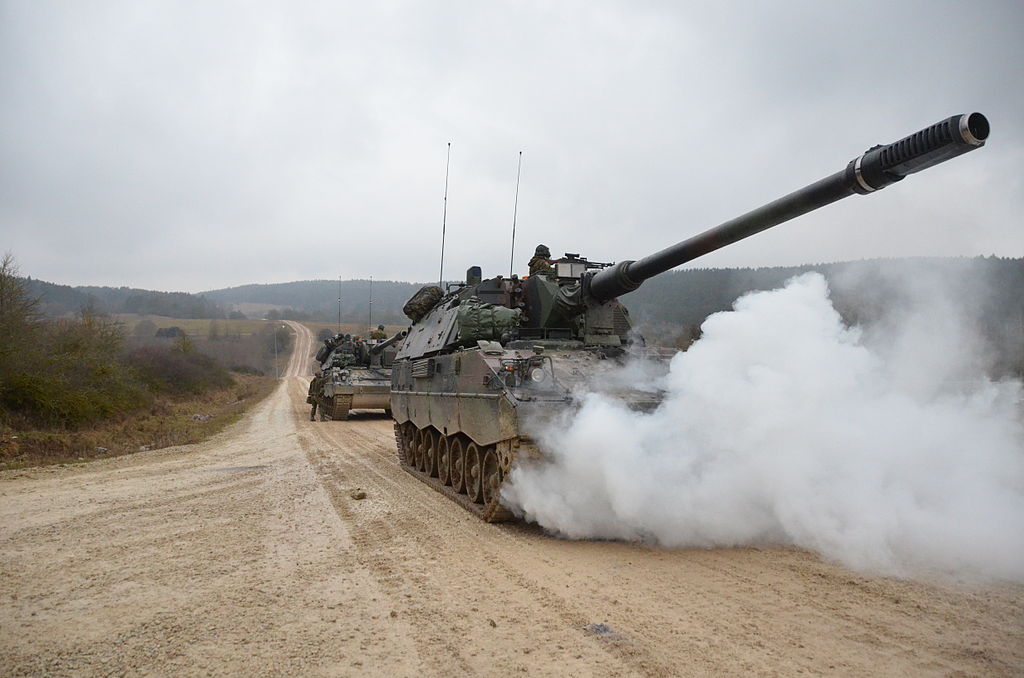 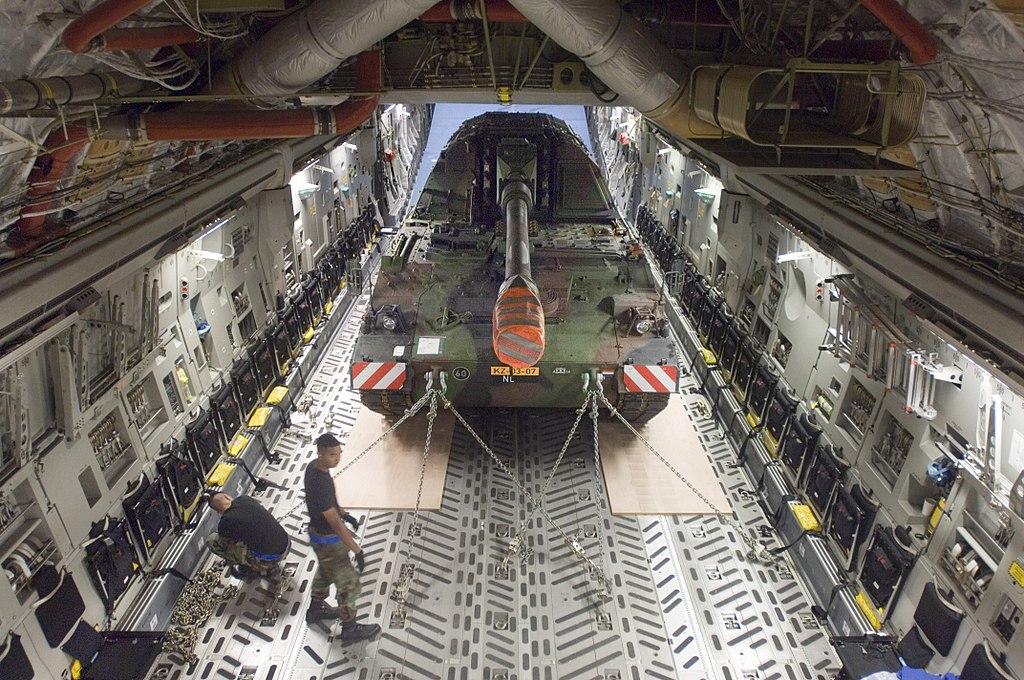 Dutch howitzer being transported to Afghanistan.

Remote firing of the PzH 2000 by a German Army soldier in Kunduz, Afghanistan (July 2010)