The Flugabwehrkanonenpanzer Gepard (“anti-aircraft cannon tank Cheetah”, better known as the Flakpanzer Gepard) is an all-weather-capable German self-propelled anti-aircraft gun (SPAAG). It was developed in the 1960s and fielded in the 1970s, and has been upgraded several times with the latest electronics. It constituted a cornerstone of the air defence of the German Army (Bundeswehr) and a number of other NATO countries. In Germany, the Gepard was phased out in late 2010 to be replaced by “Leichtes Flugabwehrsystem (LeFlaSys)”, a mobile and stationary air defence system using the LFK NG missile and the new MANTIS gun system. The mobile platform of SysFla will likely be based on the GTK Boxer. 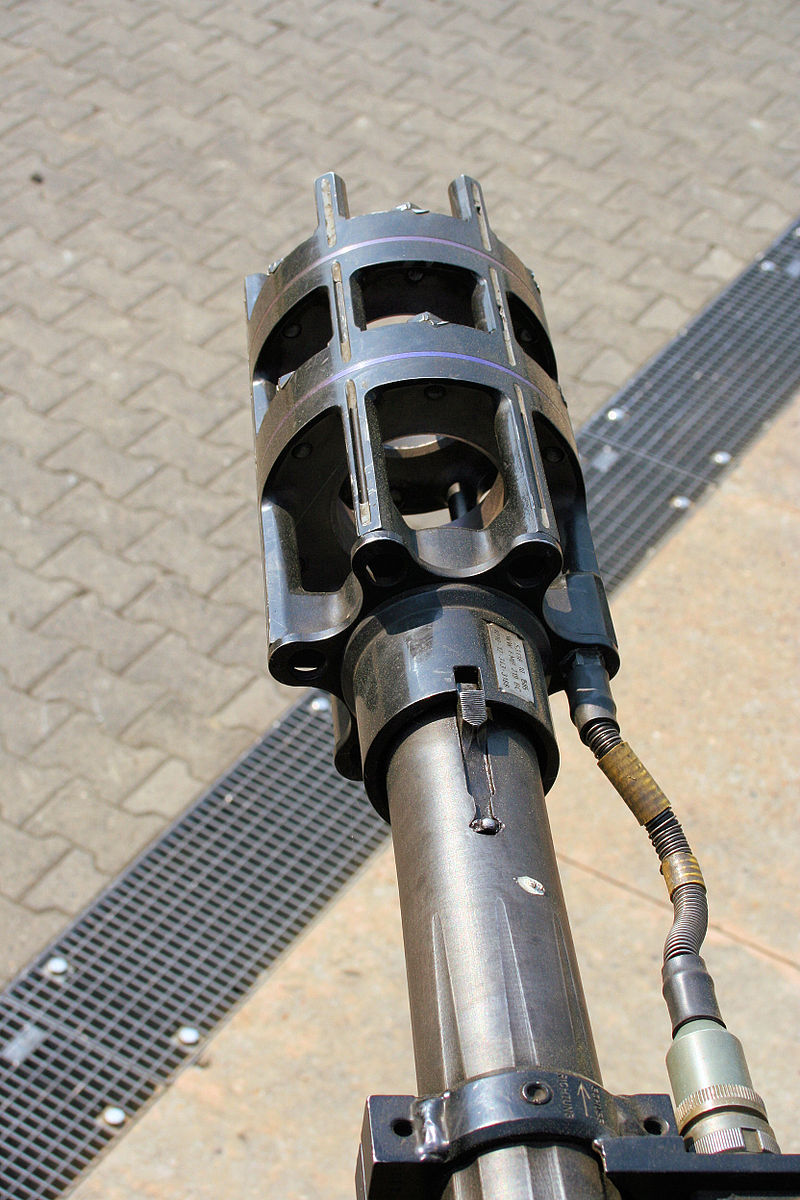 Closeup of the gun muzzle and the projectile velocity sensor