Københavns Toldbod (Copenhagen’s custom), most often just called Toldboden (the customs booth), was a large area in Copenhagen along the harbour at Bomløbet, where the customs department moved in 1630. It was later to be located between the Kastellet and Frederiksstaden. Most buildings were demolished 1973, and only the northern part exists today. Kastellet is behind on the left. The harbours include Nordre Toldbodplads (Northern Toll Booth), whose granite landing stairs (the “King’s Stairs”) are listed 1846-48, while the room’s regulation was build 1867-69. The two resident pavilions from 1905 are attributed to Osvald Rosendahl long Bale. In history, Nordre Toldbodplads is the place where foreign princely and heads of state have been received, if they have arrived by ship to Copenhagen. There was also here that Thorvaldsen was received on his return to Denmark 1838.

Søndre Toldbodplads (Southern Toll Booth), in which until 1782 cut a land reclamation channel (“The Red Sea”), 1869 was significantly expanded when acquiring an area facing Amalie Gade (“Lille Kjøbenhavn”), where there was part after the fire 1795 constructed single-storey houses for poor people. The total bulwark length in the customs port was at the beginning of 1905 approximately 68,000 feet, of which about 37,000 belonged to the Copenhagen Harbour Department, approximately 4,700 Copenhagen municipality, approximately 1,500 the state and approximately 24,000 private, including approximately 17,000 by public water and 7,000 by private water pools. 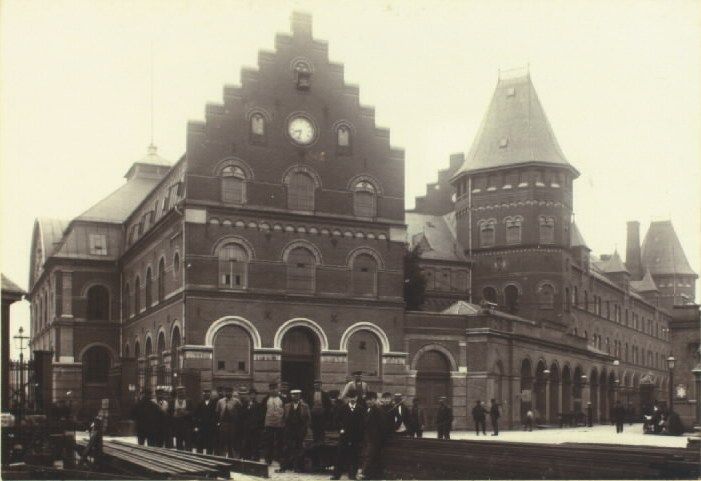 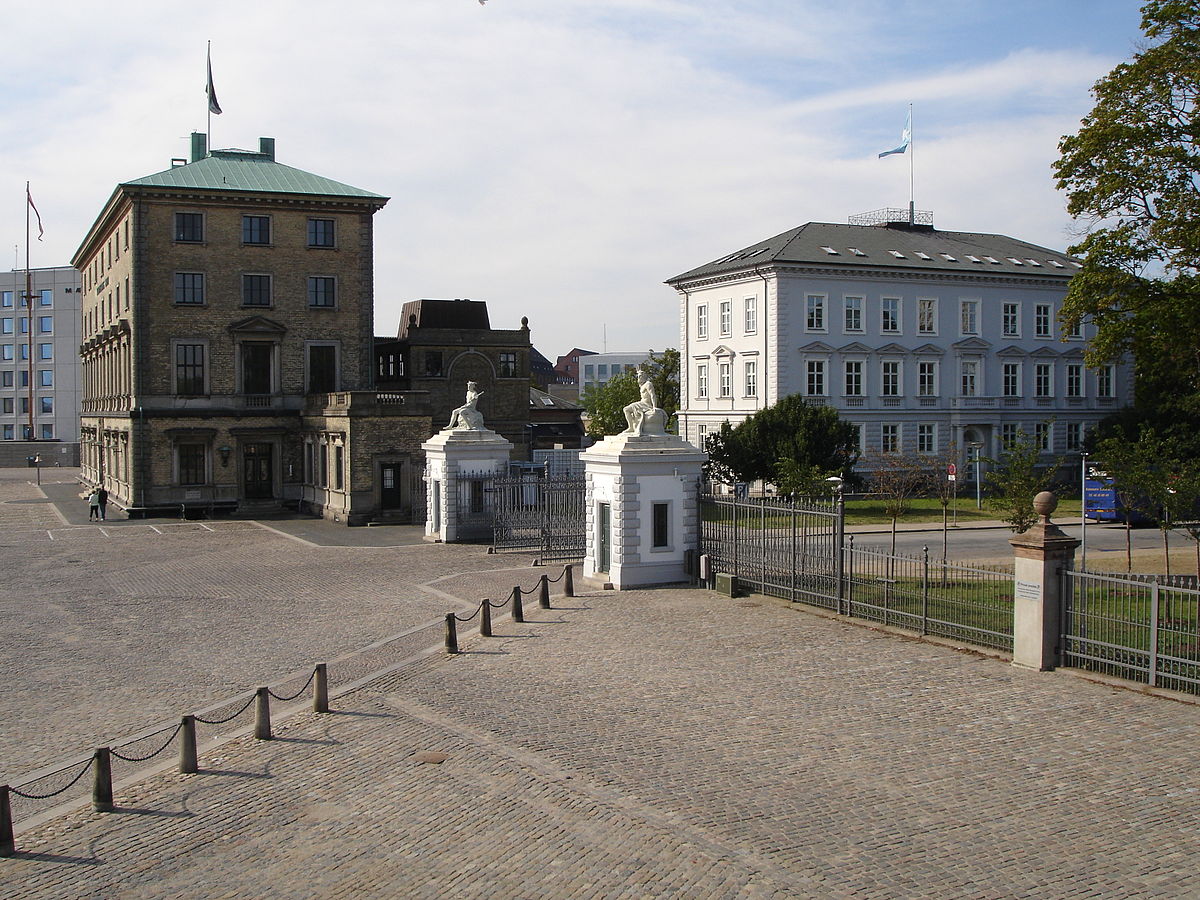 Port of Copenhagen headquarters (picture below) by Vilhelm Dahlerup

Northern Toll Booth (picture below) with Mærsk headquarters on the left. The new custom chamber building on Amalie Gade (Amalie Street)  was started 1872 and completed 1875 after drawings by architect Vilhelm Petersen. The building was stylistically inspired by Italian medieval fortresses, built from red bricks and composed of 4 contiguous wings that contained a small courtyard. The front and rear wing were in 2 Stokvværk [?], and in the wings out to Amalie Gade, which had a turret with clock, was found among others. Customs treasurer and Credit Depot office, in the rear wing was, inter alia, the Warehouse Manager Office. The side wings were absorbed by the two approx. 1,500 square cubits of large customs clearance rooms, respectively, for coarse and fine goods. On either side of the with iron grid fenced space off to Amalie Gade were there platforms from where the goods were released. 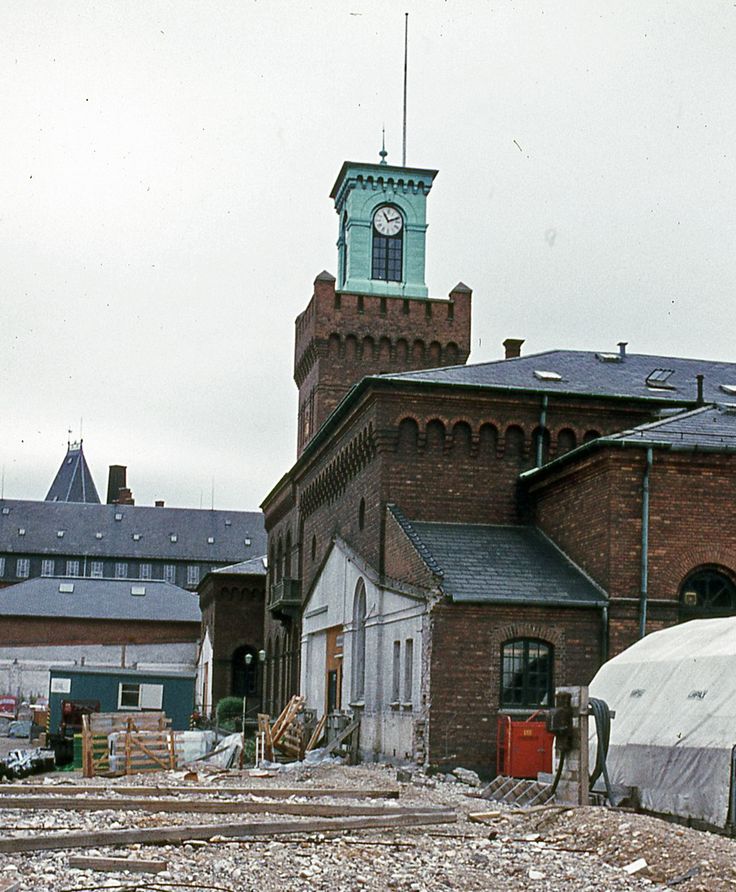 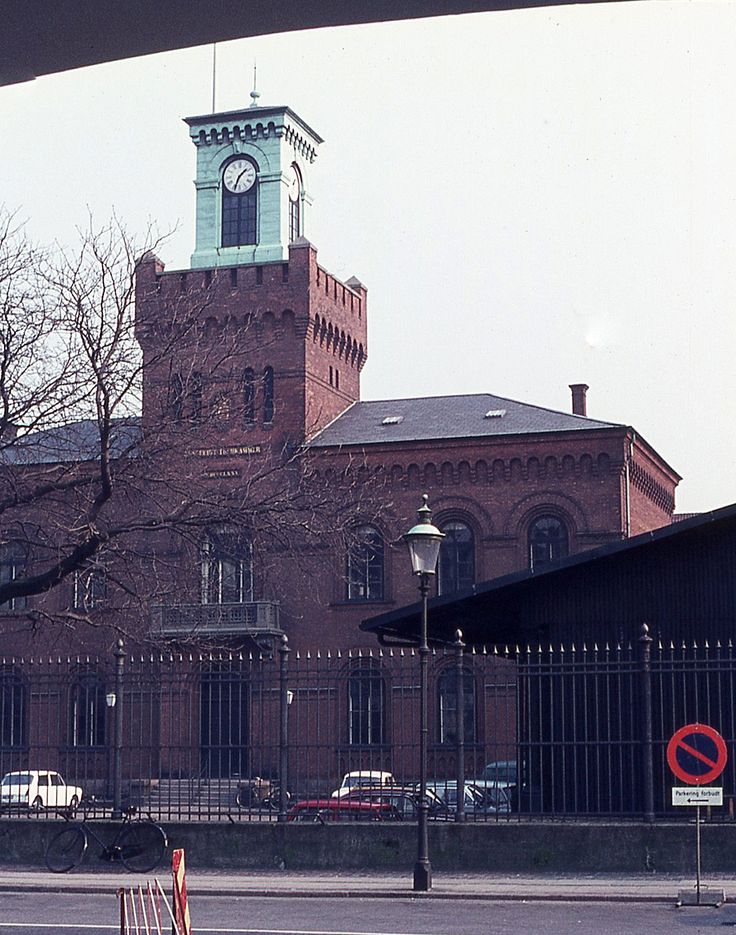