The Non-Aligned Movement (NAM) is a group of states that are not formally aligned with or against any major power bloc. As of 2012, the movement has 120 members.

The purpose of the organization has been enumerated as to ensure “the national independence, sovereignty, territorial integrity and security of non-aligned countries” in their “struggle against imperialism, colonialism, neo-colonialism, racism , and all forms of foreign aggression, occupation, domination, interference or hegemony as well as against great power and bloc politics,” by Fidel Castro in the Havana Declaration of 1979. The countries of the Non-Aligned Movement represent nearly two-thirds of the United Nations’ members and contain 55% of the world population. Membership is particularly concentrated in countries considered to be developing or part of the Third World, though the Non-Aligned Movement also has a number of developed nations such as Chile and Saudi Arabia, the latter of which is a member of the G20 (India is a G20 member as well).

Although many of the Non-Aligned Movement’s members were actually quite closely aligned with one or another of the superpowers, the movement still maintained cohesion throughout the Cold War, even despite several conflicts between members which also threatened the movement. In the years since the Cold War’s end, it has focused on developing multilateral ties and connections as well as unity among the developing nations of the world, especially those within the Global South. 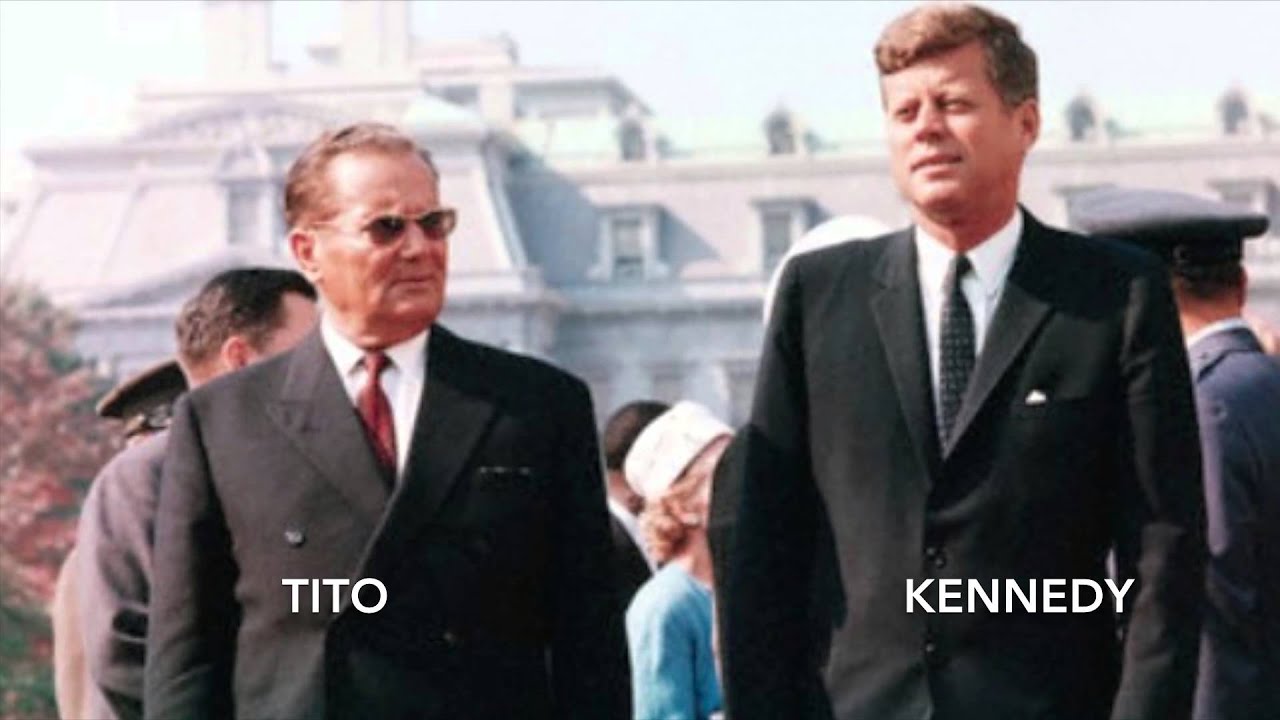 The founding fathers of the Non-Aligned Movement were Josip Broz Tito of Socialist Yugoslavia, Jawaharlal Nehru of India, Sukarno of Indonesia, Gamal Abdul Nasser of Egypt and Kwame Nkrumah of Ghana. Their actions were known as ‘The Initiative of Five’.

Secretaries General of the NAM had included such diverse figures as Suharto, militaristic anti-communist, and Nelson Mandela, a “democratic” socialist and famous anti-apartheid activist. Consisting of many governments with vastly different ideologies, the Non-Aligned Movement is unified by its declared commitment to world peace and security. At the seventh summit held in New Delhi in March 1983, the movement described itself as “history’s biggest peace movement”. The movement places equal emphasis on disarmament. NAM’s commitment to peace pre-dates its formal institutionalisation in 1961. The Brioni meeting between heads of governments of India, Egypt and Yugoslavia in 1956 recognized that there exists a vital link between struggle for peace and endeavours for disarmament.

During the 1970s and early 1980s, the NAM also sponsored campaigns for restructuring commercial relations between developed and developing nations, namely the New International Economic Order (NIEO), and its cultural offspring, the New World Information and Communication Order (NWICO). The latter, on its own, sparked a Non-Aligned initiative on cooperation for communications, the Non-Aligned News Agencies Pool, created in 1975 and later converted into the NAM News Network in 2005.

The Non-Aligned Movement espouses policies and practices of cooperation, especially those that are multilateral and provide mutual benefit to all those involved. Many of the members of the Non-Aligned Movement are also members of the United Nations. Both organisations have a stated policy of peaceful cooperation, yet the successes the NAM has had with multilateral agreements tend to be ignored by the larger, western and developed nation dominated UN. African concerns about apartheid were linked with Arab-Asian concerns about Palestine and multilateral cooperation in these areas has enjoyed moderate success. The Non-Aligned Movement has played a major role in various ideological conflicts throughout its existence, including extreme opposition to apartheid governments and support of guerrilla movements in various locations, including Rhodesia and South Africa.

Criticism of US policy
In recent years the organization has criticized certain aspects of US foreign policy. The 2003 invasion of Iraq and the War on Terrorism, its attempts to stifle Iran and North Korea‘s nuclear plans, and its other actions have been denounced by some members of the Non-Aligned Movement as attempts to run roughshod over the sovereignty of smaller nations; at the most recent summit, Kim Yong-nam, the head of North Korea’s parliament, stated that, “The United States is attempting to deprive other countries of even their legitimate right to peaceful nuclear activities.”

Since 1961, the organization has supported the discussion of the case of Puerto Rico’s self-determination before the United Nations. A resolution on the matter was to be proposed on the XV Summit by the Hostosian National Independence Movement.

Since 1973, the group has supported the discussion of the case of Western Sahara’s self-determination before the United Nations. The movement reaffirmed in its last meeting (Sharm El Sheikh 2009) the support to the Self-determination of the Sahrawi people by choosing between any valid option, welcomed the direct conversations between the parties, and remembered the responsibility of the United Nations on the Sahrawi issue.

The movement is publicly committed to the tenets of sustainable development and the attainment of the Millennium Development Goals, but it believes that the international community has not created conditions conducive to development and has infringed upon the right to sovereign development by each member state. Issues such as globalization, the debt burden, unfair trade practices, the decline in foreign aid, donor conditionality, and the lack of democracy in international financial decision-making are cited as factors inhibiting development.

Reforms of the UN

The movement has been outspoken in its criticism of current UN structures and power dynamics, stating that the organisation has been utilised by powerful states in ways that violate the movement’s principles. It has made a number of recommendations that it says would strengthen the representation and power of “non-aligned” states. The proposed UN reformsare also aimed at improving the transparency and democracy of UN decision-making. The UN Security Council is the element it considers the most distorted, undemocratic, and in need of reshaping.

The movement has collaborated with other organisations of the developing world – primarily the Group of 77 – forming a number of joint committees and releasing statements and documents representing the shared interests of both groups. This dialogue and cooperation can be taken as an effort to increase the global awareness about the organisation and bolster its political clout.

The movement accepts the universality of human rights and social justice, but fiercely resists cultural homogenisation. In line with its views on sovereignty, the organisation appeals for the protection of cultural diversity, and the tolerance of the religious, socio-cultural, and historical particularities that define human rights in a specific region.

Here is some images I found.