Things are spiraling out of control in Sweden. 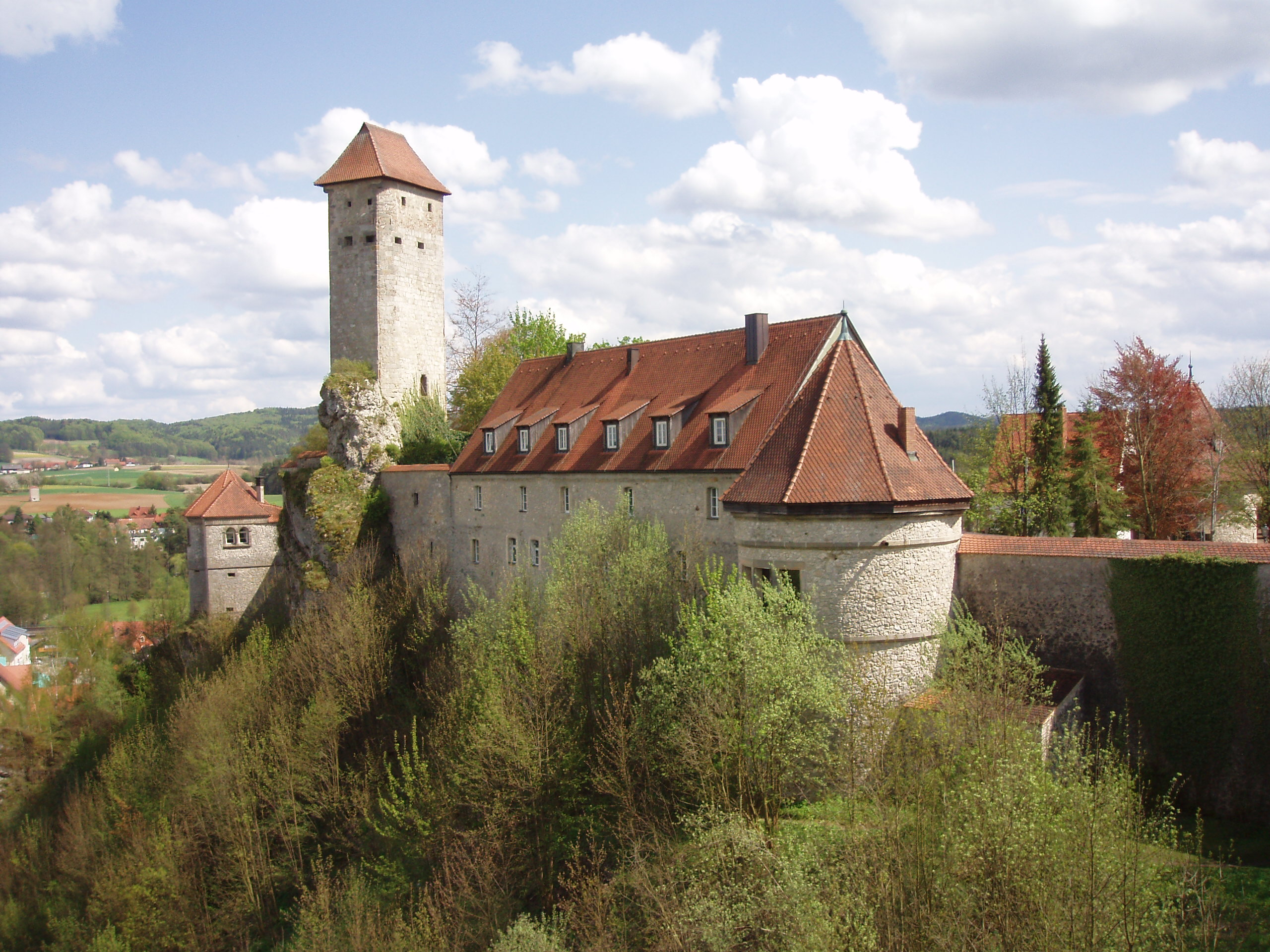 The castle Veldenstein is a large, well-preserved medieval hilltop castle above Neuhaus an der Pegnitz at the southern end of the Veldensteiner forest, about 50 kilometers northeast of Nuremberg.

The year of the construction of Veldenstein Castle and the name of the builder are not confirmed. However, many points to the Bishop of Eichstätt, who built in the year 1008 on behalf of Conrad II border fortifications on the northern border of his diocese.
In 1269 the castle was first mentioned as novum castrum (new castle). At that time the castle belonged already to the diocese Bamberg and was Amtsburg, thus administrative seat, the Bamberger bishops for the surrounding estates. In 1323 the castle was first called Veldenstein.
At first simple peasants were bureaucrats at the castle, which also owned the farms on Burgberg, the so-called castle hatches. The castle was at that time hardly larger than the area of ​​the keep. From the 14th century nobles came as the representative of the bishop to Veldenstein for the first time. The lords of Stör, von Egloffstein and later of Wiesenthau received the administrative castle of the bishop and the office to fief. Hans von Egloffstein then built the inner castle at the beginning of the 15th century.
After Bishop George I von Schaumberg (1449-1475) had redeemed the castle of the Egloffsteinern, took his successor Philip Henneberg (1475-1487) for the time huge extensions before and built the outer castle and the bastard kennel. For the first time, he made the fortress the bishop’s residence castle, and as a result each bishop came to Veldenstein at least once to receive the inheritance of his subjects.

Although the castle was heavily fortified and withstood many attacks, in the 16th and 17th centuries the owner changed hands several times due to assignments and (re) conquests, so that the castle was temporarily destroyed by Brandenburgers, Nurembergers and finally in the Thirty Years’ War of 1632 Sweden occupied it, followed three years later by the Bavarians.
Finally, the Bamberg bishops resided on Veldenstein until the castle was largely destroyed by a lightning strike in the Powder Tower in 1708. The interest of the bishops dwindled, and the ruin fell more and more.
1807 the upper Veldenstein was dissolved. Neuhaus fell as a result of secularization after the Treaty of Luneville with Napoleon Bonaparte to Bavaria, the area between Prussia and Bavaria was divided, the border until 1972 right through the current market town went.
Since the dilapidated castle was not of interest to Bavaria, it was sold to private individuals and changed hands several times.
Wolfgang Brunnhuber sold in 1861 all his possessions at the castle Veldenstein by 1300 gulden and 44 gulden loan purchase to the retired district court official Carl Heinrich Friedrich August May, who had served as a judge from 1853 to 1862 there. Anna Sturm sold him the tower, the former Oberamtswohnung, the main portal and all the walls in 1863 for 300 guilders, so that the castle was again in one hand. 1863 was the expansion of a suitable residential building on the castle. The grain box has been replaced and a 19th century mansion built in its place. Land judge May died in 1873 at the castle. His widow Anna Regina May, together with her five children, inherited the castle. A construction section from 1871 to 1878 under engineer G. C. Hennch carried out renovations, wanted to preserve the castle and gave the widow May a building grant for the restoration of the tower, which was completed in 1875. She had 1890 still renovate the Bauring. In 1897 she sold the castle to the chief physician Hermann von Epenstein, landowner in Berlin, for 20,000 marks. Epenstein endeavored to give the castle its former appearance, and spent until 1914 a million marks for the repair. He commissioned the Nuremberg stonemason Johann Gröschel with the expansion of the castle; In a nearly ten-year construction period, the walls, towers and gates were repaired.

During this time also the friendly family Heinrich Göring lived in the mansion of the castle Veldenstein. Their sons Hermann and Albert, whose godfather was Hermann von Epenstein, went to school in Neuhaus and Velden.
After the death of her husband, the widow Elisabeth von Epenstein sold the castle in 1939 to Hermann Göring, who in the meantime had become the Reich Minister of the National Socialist regime. This had previously led the market in the course of the “Aryanisation” of Jewish businesses.

In 1945 Neuhaus and the castle were conquered after a short battle by the Americans, who took quarters in the castle and examined the castle with jackhammers for treasures. The ‘gold rush’ had broken out by the rumor, Goering had sent the art treasures from his estate in the last days of the war to Veldenstein. But only a box with 36 old table lamps and wine, sparkling wine and cognac was found.
When the Americans left, there were as many as 100 refugees in the castle. The trace of a dividing wall in the northeast tower, clearly visible in the parquet, also dates from this period.
In 1950 the Free State of Bavaria became owner of the castle and placed it under monument protection.
From 1968, the plant was used by a falconry, before 1972, the local Emperor Bräu tenant of the castle was. The former manor house was converted into a hotel restaurant and the castle complex was opened to the public in 1974; There are also some private apartments on the premises.
Since 2002, the Veldensteiner Festival takes place every year at the end of July, where various bands play in the castle courtyard at the weekend. The festival also hosts a medieval market.
On 31 December 2012, the lease between Kaiser Bräu and the Free State of Bavaria expired. The hotel and apartments have been cleared, and the castle has since been closed and is vacant. Since then, the Free State has been examining how the castle will be used in the future. 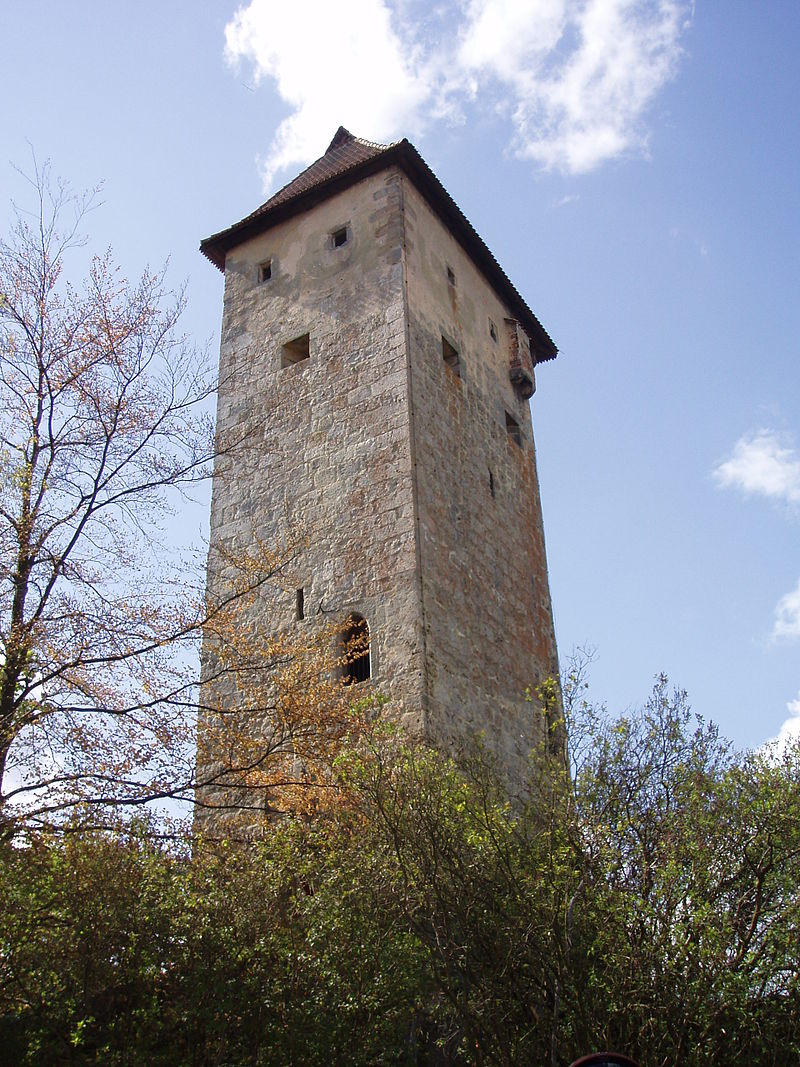 For decades Hollywood has pushed the story of how a commoner marry into royalty. Why are they so desperate to get “the outsider” into the British Royal family?

Henrik and Lana break down the sensationalized engagement of Prince Harry and Meghan Markle and how the left sees it as a win.

Help keep us ad free, sign up for a membership at http://www.redicemembers.com. You’ll receive full access to our extensive archives. Stream or download over 1400 programs, including radio, video, TV segments & Weekend Warrior.

Jared Taylor of American Renaissance reports on recent fracases over “gentrification.” Owners of a coffee shop who say they are “happily gentrifying” a run-down part of Denver were slapped so hard they may have to close. A black woman living in Ingleside, California, says whites were wrong to try to keep the town white 50 years ago, but now that it’s black she wants to keep it black. Whites aren’t welcome. Mr. Taylor explores where this thinking leads. 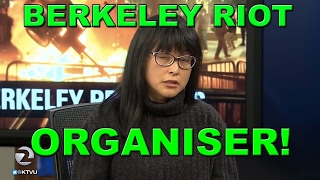