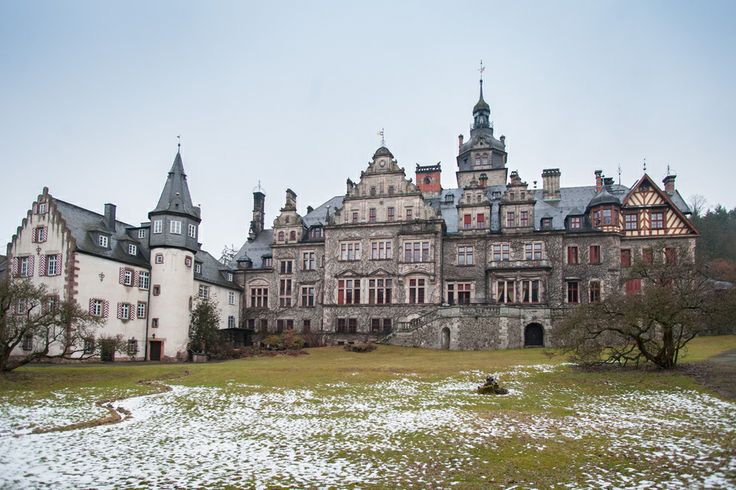 Schloss Ramholz is located in the historical Landscape Park Ramholz, in the district of Schlüchtern. The castle and the park are cultural monuments according to the Hessian Monument Protection Act.

Schlüchtern is a town in the Main-Kinzig district, in Hesse, Germany. It is located on the river Kinzig, approximately 30 km southwest of Fulda. Schlüchtern has a population close to 16,000.

It was first mentioned in 1167 as Manor (“Curia”) of those of Steckelberg. 1501 was established here as the residence of the family of Hutten, to which the plant belonged since 1482, a new building, the old castle. The Huttenschloss is still preserved as part of Schloss Ramholz and is waiting with architectural features such as a squadron gable and a staircase tower. In 1698, the Earls of Degen inherited the estate. 1790 the castle with 1800 hectares of land reached the property of the house Ysenburg-Büdingen-Büdingen.
From 1883 the property was owned by the entrepreneurial family Stumme and their descendants. Hugo Freiherr von Stumme lives in competition with his brothers Ferdinand Eduard von Stumme and Carl Ferdinand von Stumme. Since the brothers built magnificent castles on their country seats (Schloss Rauischholzhausen and Schloss Halberg), Hugo von Stumme had a new building added to the old castle by the Munich architects Emanuel and Gabriel von Seidl in 1893 – 1896, as well as a farm Including buildings from the 18th century as well as residential houses for the employees and a machine house for the power supply of the property. The castle with its 80 rooms is built in the style of historicism and unites elements of Gothic, Renaissance, Baroque, classicism and Art Nouveau. In the former Orangery there was a restaurant from 1997 to 2014.
The castle, which was privately owned by the descendants of Kühlmann, was made available to the public in 2012 for a short time. In 2012 it was offered for 7 million euros for purchase. In the year 2014 the castle was acquired by a Chinese investor. 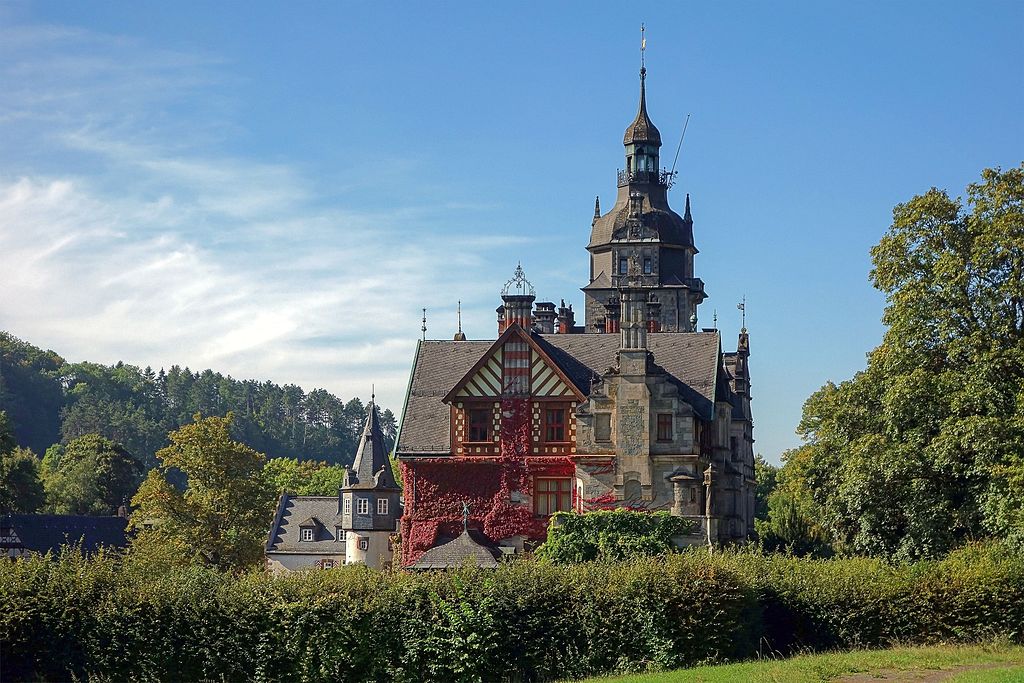 The approximately 80 hectare plant of the landscape park is one of the most important of historicism in Germany. The design comes from the Swedish landscape gardener Jens Person Lindahl (1843 – 1887), and the head gardener Felix Schnetzer. The entire landscape surrounding the castle, including the castle of Steckelberg, is included in the design. Small architectures decorate the park, including a translozierter pavilion of Balthasar Neumann, which is here from Würzburg. Silently, the Porter’s house (later Forestry lodge) was first built at the Linden Alley leading to the castle. In addition, the chapel, which was built near the castle at 1910 in the forest and painted in Art Nouveau style, also counts.
In the beginning, the park was not open to the public and was only opened on certain days in exceptional cases. In the 1960s, Knut von Kühlmann-Stumm opened the park for the population all year round. In the 2000s, a large part of the estate and the third Park section with all the buildings were sold to another private owner.
The Hessischer Spessart Nature Park as well as the landscape architect Hans Dorn from Frankfurt am Main offer guided tours through the remaining public part of the park. The gardens close to the castle are not accessible.
In the summer of 2013, plans of the Rhön Energie Fulda were known, in cooperation with a local forest owner, to build the crest of the basin with ten wind wheels. On the other hand, a citizens ‘ initiative has developed. 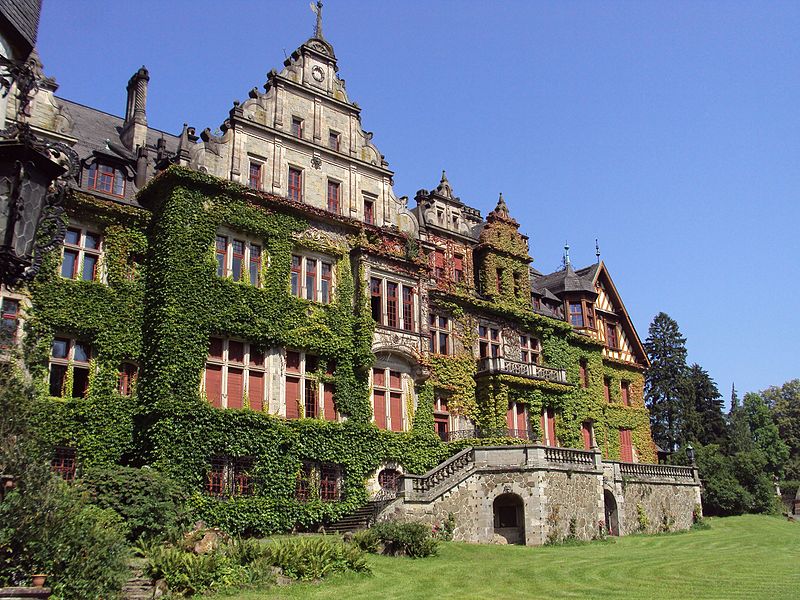