The Castle Wissem, formerly also known as “Wiesheim”, is a castle in Troisdorf-Mitte, North Rhine-Westphalia.
The farmstead, originally built as a water castle, dates back to the Carolingian period. 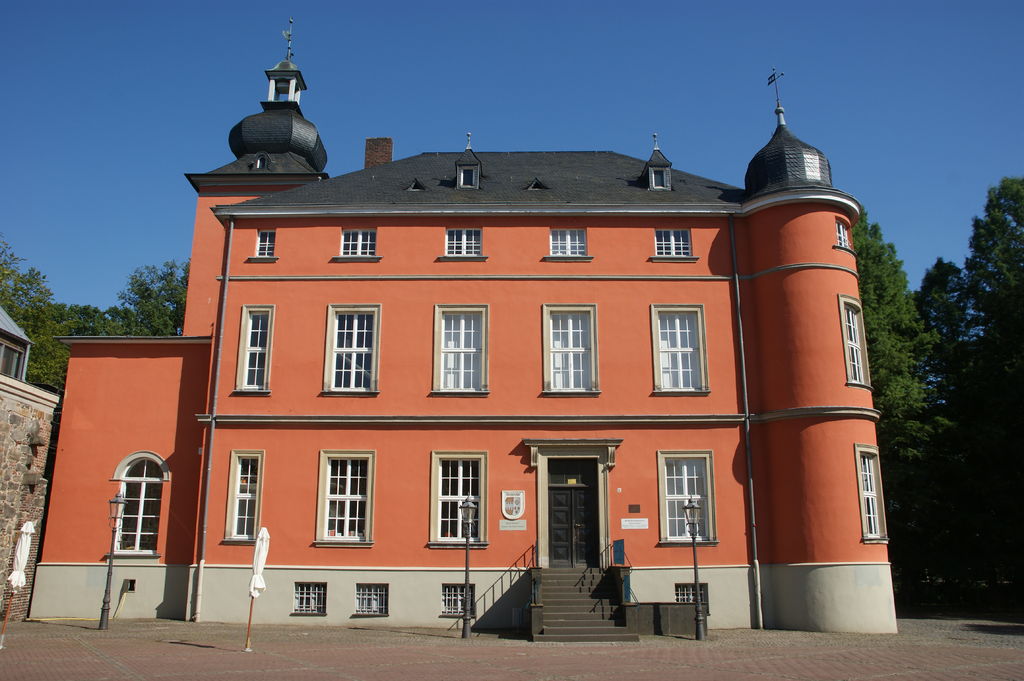 Burg Wissem is a long-stretched rectangular plant on the west side, the Wasserumwehrung [?] of which is still partially preserved today. Two towers, corresponding to the diagonal, complement the system. After 1840 the manor house was built, which was renovated and restored in 1954/1955. It is located on the south side of the complex and was built as a two-storey classical plaster. 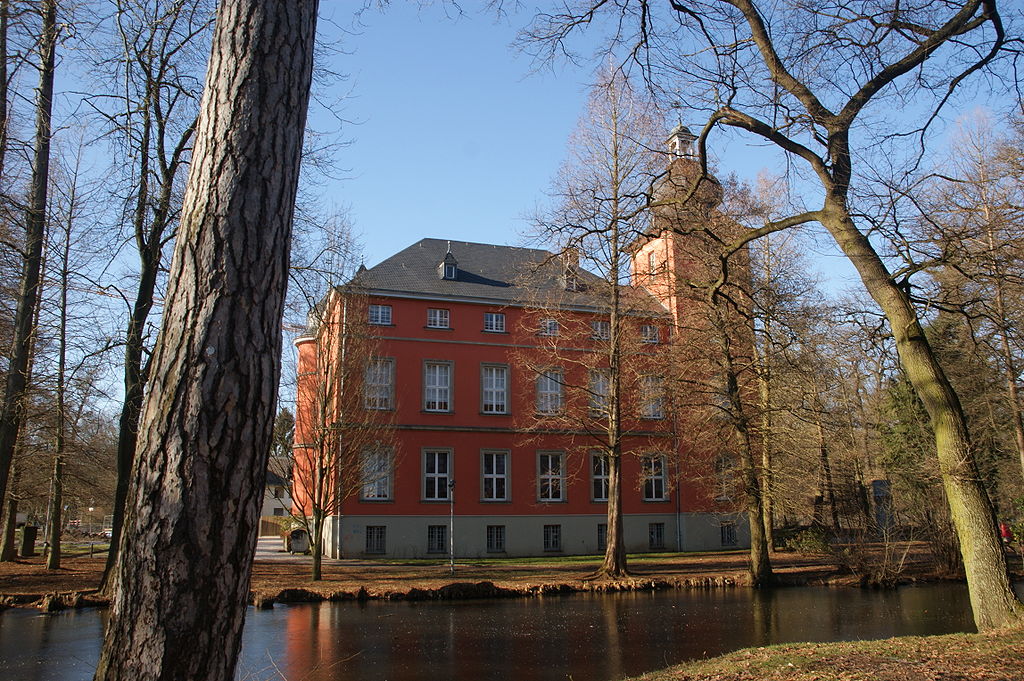 The east side occupies a long quarry stone tract of about 1550. Here, in the Remise, exhibitions and concerts are held regularly. The damaged buildings of the 18th century wars on the north and west side were replaced 1962 by new buildings; The gabled stone portal of 1741 was preserved at a newly built gate. The public funding by the regional 2010 allowed for the years 2010 to 2012 a reconstruction and construction of the West Wing.

The first owner to be handed over was 1435 Rembold of Plettenberg. By succession the estate 1511 from the Plettenbergs to Johann from the noble family of those of Zweiffel. His son Caspar had to renew the house in 1548 and built the so-called “Castle”, which has been preserved to this day. By the marriage of Johann Franz Gerhard von Cortenbach with Anna Klara of Zweiffel, the estate 1646 came into the possession of those of Cortenbach, 1784 by inheritance to Johann Ernst from Landsberg to Olpe, then to Franz Bernhard von Hocherbach. In 1826 Friedrich von Hövel inherited the castle and sold it to Ernst August von Beust after two years. From him, Freiherr Clemens von Loë acquired the estate in the year 1833. His wife Maria von Loë, married Lady of Elverfeldt, sold the Castle Wissem 1939 to the municipality of Troisdorf. From 1945 to 1981 the house served as Town hall (Rathaus in German). 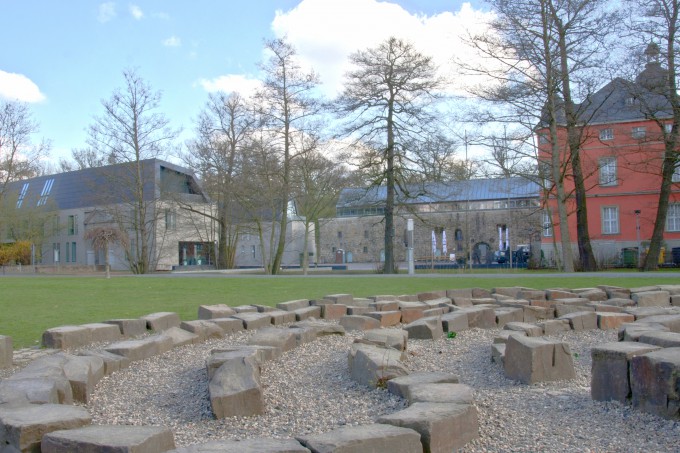 Since 1982, the castle has been home to the only museum in Europe for picture books and youth book illustration. The museum’s illustration collection gives an overview of the most important currents and styles of the picture book illustration of the last 100 years. In 2001/2002 the tower Room of the castle was expanded with the help of a financial support from Heinz Murmann, where, among other things, the Geerte-Murmann-Schmökerstube for children was set up as part of the museum.

In 2002 the park, on the initiative of the “Creative Workshop Troisdorf”, developed a field of experience for the development of the senses. The fourteen stations can be used to sharpen the human senses based on ideas from Hugo Kükelhaus.

In 2012, this cultural offer has been expanded. In the context of the regional 2010 came a portal to the Mad Heath, the “Museum of City and Industrial history Troisdorf” (MUSIT), KennenLernenUmwelt (KLU), a new marriage room, the creative workshop, rooms for the home and History Club, the “Heinz Müller Stiftung”, A restaurant and tourist information. The literature and art workshop, which is affiliated with the picture-book Museum, offers the primary schools of the region in the context of the project KennenLernenUmwelt extracurricular programs.

The West Wing now houses the portal to the Wahner Heide, which with the exhibition “Nature tells story (s)”, lectures and an infodesk that brings visitors closer to the nature reserve.