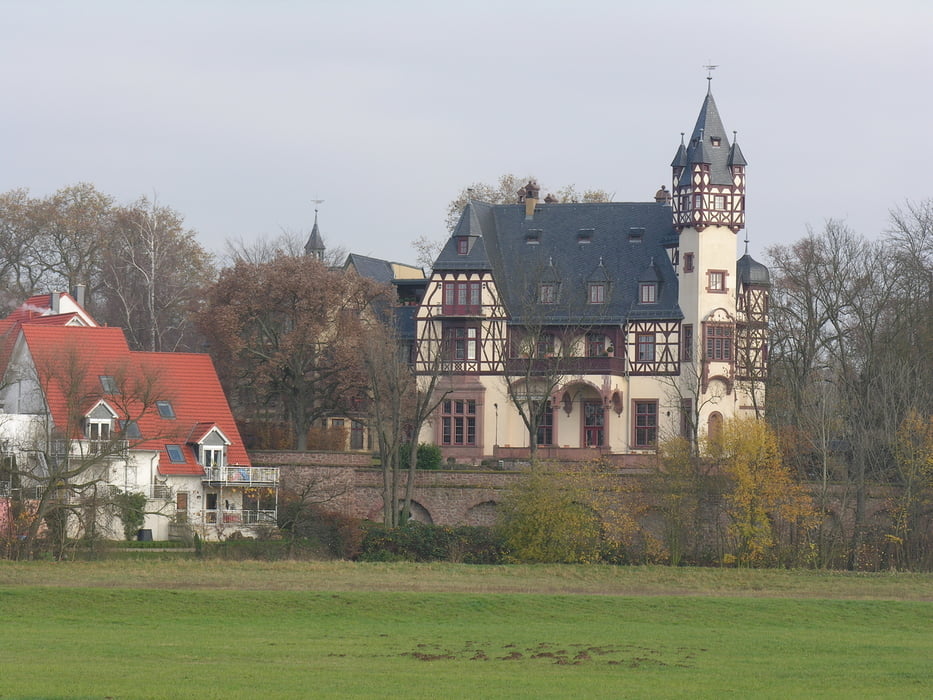 The New Castle in Büdesheim, a village in the municipality of Schöneck in the main-Kinzig-Kreis in Hesse, is a modern castle complex in the neighbourhood of the old castle Büdesheim on the Nidder.

The castle was built 1885 by Waldemar von Oriola, who had previously lived in the old castle. Architect was Gabriel von Seidl. The castle was owned by the state of Hesse and was temporarily used as a refugee residence. Today it is used again for private residential purposes. The castle consists of two interconnected building elements. The southeast part is designed in forms of Neo. It has oriels, truss structures and a staircase tower with Wichhäusern. The plain-formed northwestern part has a large fresco of Rudolf von Seitz on the courtyard.

The old castle (also Bruderhof or Brendelstein) in Büdesheim, a village in the municipality of Schöneck in the Main-Kinzig-Kreis in Hesse, is a Renaissance castle complex, which dates back to an older estate of the Benedictines.

In February 2016, after a long discussion, the municipal representation decided to sell the old castle to an investor. Already in the run-up to this decision there was resistance from the population. A citizens ‘ initiative and an association to save the old castle were launched. On the basis of the decision to sell, some of these citizens started a petition for citizens on this issue.

Nothing is visible from the medieval castle complex, the previously existing double ditches were later filled. Today’s old castle is a three-winged complex with an open courtyard to the south. The eastern wing in particular contains an earlier core. A second coat of arms on the east wing with the year 1558 says that the castle is named Brendelstein and was originally called Bruderhof or Brüderhof. There is a castle chapel in the southern part of the West Wing.