By comparison, barely 14,000 Brits have moved to the eight ex-communist countries. 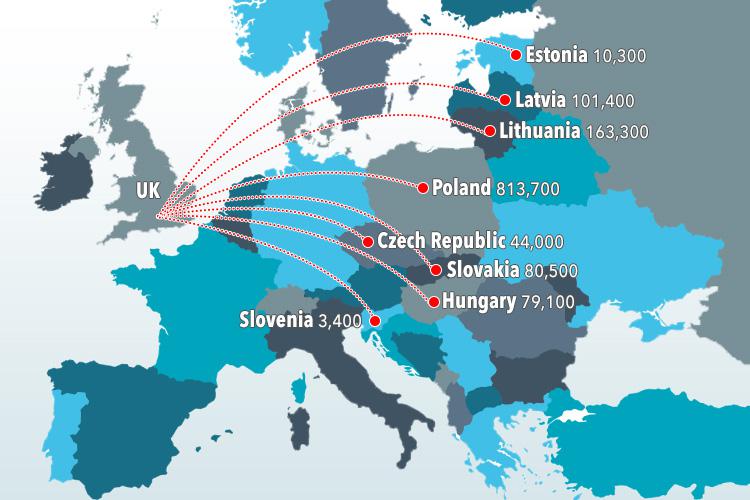 Last year, data showed Poland had overtaken India for the first time as the most common overseas country of birth.

In addition, there were 163,300 Lithuanians, 101,400 Latvians and thousands more from Slovakia, Hungary, the Czech Republic, Estonia and Slovenia.

Around 6,000 Eastern Europeans who have returned to their home countries are still claiming the state pension despite not living in Britain any more.