The former hunting lodge is located on the northwest outskirts of Wabern in the Schwalm-Eder-Kreis in Northern Hesse.

The three-storey Baroque main design of the hunting lodge was built from 1704 to 1707 according to the designs of the court Johann Conrad Giesler of Landgrave Karl of Hesse-Kassel for his wife Maria Anna Amalia of Courland in the wide plain between the rivers Eder and Schwalm. The swampy underground on the edge of the Ederaue was laid dry for construction and was built with piles. On the side of the Risalit a middle-distance was created, which was completed by a balcony. This was decorated with medallions with relief heads of the land count and his wife. The side building connected by galleries with the main construction allowed Landgrave Friedrich II to build at 1770 by the master builder Simon Louis du Ry, whereby the extension of the now horseshoe-shaped plant was completed.
The philosopher Voltaire was 1755 when he was disgraced by King Frederick II in Potsdam and travelled back to France, guest of the Landgrave Friedrich II in Wabern. Adolph Freiherr Knigge visited the castle on January 14th, 1770. On September 16, 1779 Goethe travelled from Kassel to Combers.
After the death of Frederick II, 1785, the castle was no longer used and fell into decay. First Elector Wilhelm II restored the castle and park in the 1820s and equipped it with 500 oil paintings and 1200 copper engravings. The collection consisted mostly of works by the Tischbein family. The motifs included depictions of the castle from its heyday, portraits of its owners, scenes of the Heron Hunt and illustrations of particularly valuable falcons. Important parts of the collection are now in the Fulda, Schloss Fasanerie. Especially the pictures of the Heron Hunt are highlights of the collection in Fulda. The wall-sized baroque paintings of the Heron Stain were created by Johann Heinrich Leg the Elder (1722 – 1789). 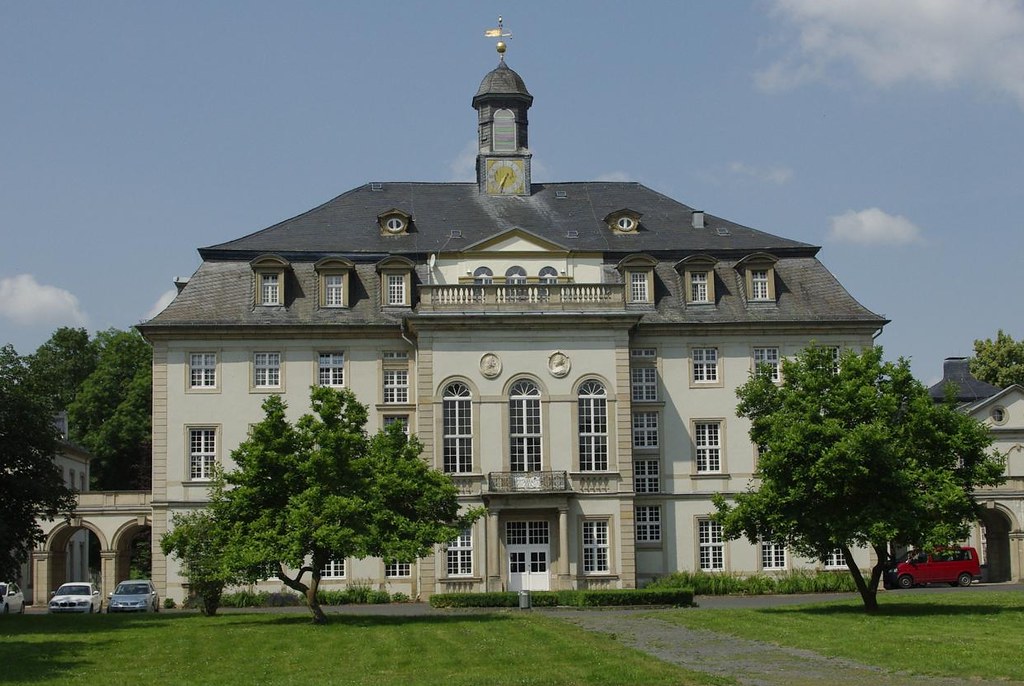 In the connected park is the former stables. It dates back to the 18th century. In 2007 it was converted into a school building, as was the former director’s residence. The park was built with native and foreign plants, but is no longer preserved in its original form.