The black rain frog (Breviceps fuscus) is a species of frog in the family Brevicipitidae.

It is endemic to South Africa. Size: 2 inches or 51 mm 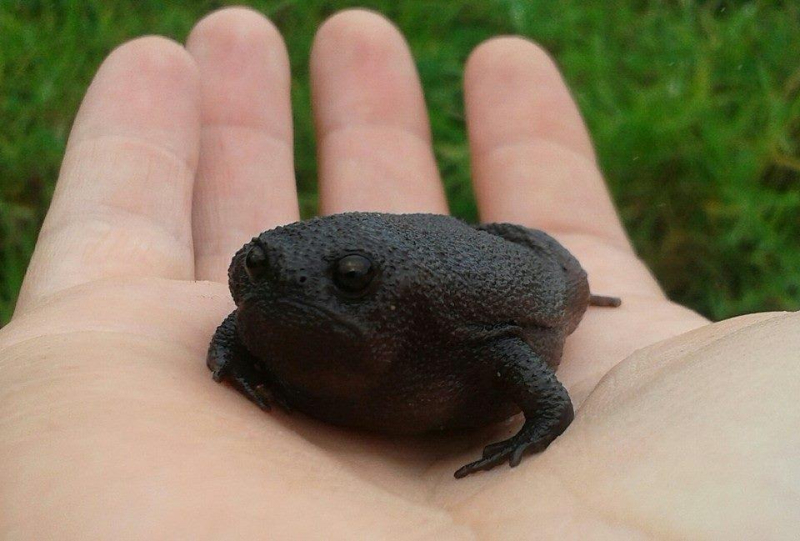 The species is only found on the southern slopes of the Cape Fold Belt from Swellendam to the Outeniqua Mountains, at elevations of up to 1000 m. It inhabits fynbos and forest fringes and does not require the presence of open water.

Black rain frog young show direct development. The frog keeps its tail as it evolves from a tadpole to a mature frog. Shortly after growing legs, the juvenile is in constant competition with its siblings.

The Black Rain frog likes to create tunnels up to 150 mm deep. It can blow itself up like a balloon, as a defense mechanism to make itself harder to be eaten. It does this while tunneling, in order to prevent itself from being removed.