Adolf Joseph Ferdinand Galland (19 March 1912 – 9 February 1996) was a German Luftwaffe general and flying ace who served throughout the Second World War in Europe. He flew 705 combat missions, and fought on the Western Front and in the Defence of the Reich. On four occasions, he survived being shot down, and he was credited with 104 aerial victories, all of them against the Western Allies.

Galland, who was born in Westerholt, Westphalia became a glider pilot in 1929 before he joined Lufthansa. In 1932, he graduated as a pilot at the Deutsche Verkehrsfliegerschule (German Commercial Flyers’ School) in Braunschweig before applying to join the Reichswehr of the Weimar Republic later in the year. Galland’s application was accepted, but he never took up the offer. In February 1934, he was transferred to the Luftwaffe.

In 1937, during the Spanish Civil War, he volunteered for the Condor Legion and flew ground attack missions in support of the Nationalists under Francisco Franco. After finishing his tour in 1938 Galland was employed in the Air Ministry writing doctrinal and technical manuals about his experiences as a ground-attack pilot. During this period Galland served as an instructor for ground-attack units. During the German invasion of Poland in September 1939, he again flew ground attack missions. In early 1940 Galland managed to persuade his superiors to allow him to become a fighter pilot.

Galland flew Messerschmitt Bf 109s during the Battle of France and the Battle of Britain. By the end of 1940, his tally of victories had reached 57. In 1941, Galland stayed in France and fought the Royal Air Force (RAF) over the English Channel and Northern France. By November 1941, his tally had increased to 96, by which time he had earned the Knight’s Cross of the Iron Cross with Oak Leaves and Swords. In November 1941, Werner Mölders, who commanded the German Fighter Force as the General der Jagdflieger, was killed in a flying accident and Galland succeeded him, staying in the position until January 1945. As General der Jagdflieger, Galland was forbidden to fly combat missions.

In late January and early February 1942, Galland first planned then commanded the Luftwaffe’s air cover for the Kriegsmarine Operation Cerberus which was a major success. It earned him the Knight’s Cross of the Iron Cross with Oak Leaves, Swords and Diamonds. Over the ensuing years, Galland’s disagreements with Reichsmarschall Hermann Göring about how best to combat the Allied Air Forces bombing Germany caused their relationship to deteriorate. The Luftwaffe fighter force was under severe pressure by 1944, and Galland was blamed by Göring for the failure to prevent the Allied strategic bombing of Germany in daylight. The relationship collapsed altogether in early January 1945, when Galland was relieved of his command because of his constant criticism of the Luftwaffe leadership. Galland was then put under house arrest following the so-called Fighter Pilots’ Revolt, in which senior fighter pilots confronted Göring about the conduct of the air war.

In March 1945, Galland returned to operational flying and was permitted to form a jet fighter unit which he called Jagdverband 44. He flew missions over Germany until the end of the war in May. After the war, Galland was employed by Argentina‘s Government and acted as a consultant to the Argentine Air Force. Later, he returned to Germany and managed his own business. Galland also became friends with many former enemies, such as RAF aces Robert Stanford Tuck and Douglas Bader. Adolf Galland died on 9 February 1996. 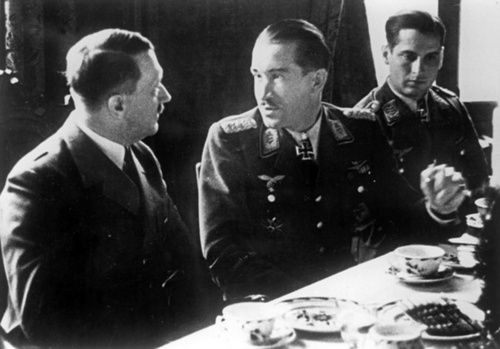 Adolf Galland and you know who… 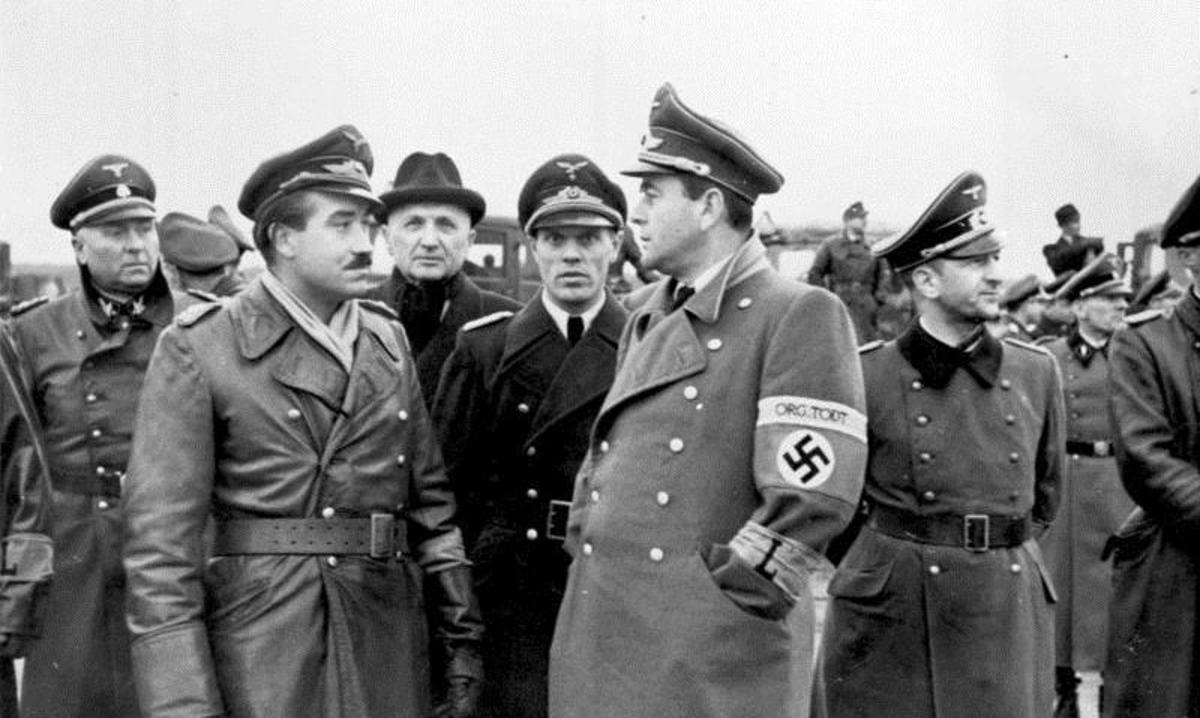 Adolf Galland, Albert Speer and some crazy looking guy in between. 🙂 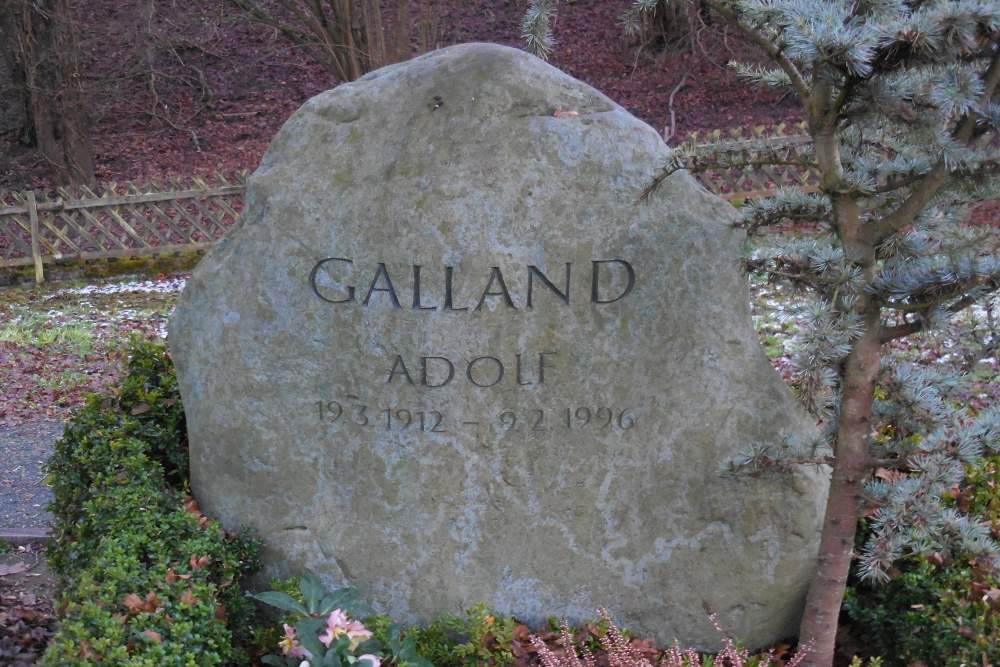