Thurø is a small Danish island in the south-east of Funen and belongs to the Svendborg municipality. Thurø is part of the South Funen Archipelago, comprising c. 55 islands altogether. the island had 3,555 inhabitants as of 2014.

Connected to Svendborg proper by a small bridge, Thurø has become a popular place to live due to its quiet streets and proximity to both Svendborg and the new motorway to Odense.

Thurø is also a holiday destination, with two popular sandy beaches, three campsites and a number of houses for rent.

The sea around horseshoe-shaped Thurø is considered fine fishing-water, particularly for trout. There are several small harbours around the island and Thurøbund – the inner part of the horseshoe – is a well-known safe nature-harbour used by the sailing fraternity.

The entire island is served by a direct bus link to Svendborg city centre, from where onward routes cover the Funen region. 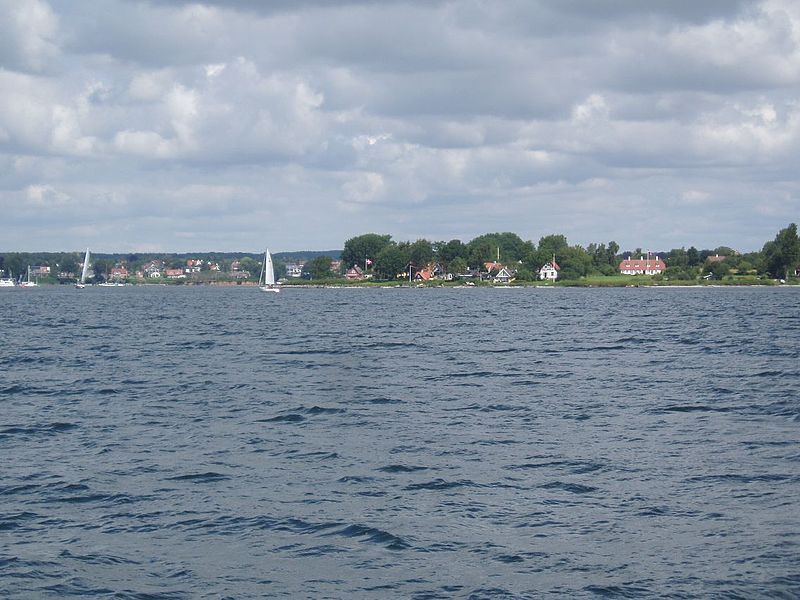 According to legend, and as told in Saxo’s Gesta Danorum (chronicles of the Danes), as well as in the Scylding Sagas, Helge (brother to Hroar, both known from the Beowolf poems) once came by this island on one of his raiding expeditions. Here, he came to the house of the elf-woman Thora ( Thurø meaning literally Thora’s island -or in some legends Thor‘s Island), whom he raped. When he returned to the island years later, Thora sent out their daughter, Yrsa, to greet him, as revenge. He raped Yrsa, not knowing it was his own daughter, and she then had his son, Rolf Kraka, who would go on and become one of Denmark’s greatest and most legendary kings.

Denmarks oldest “pacifier-tree” has been located on Thurø for 85 years. Part of Danish tradition is for children to “sacrifice” their pacifiers (dummies) at a local tree to mark their passage from infancy to childhood.