The Port of Esbjerg on the southwest coast of Jutland is an important hub for passenger traffic to England and a competitor to Aarhus and Hamburg for freight. Built by the State in 1868, it was once Denmark’s principal fishing harbour but today has become Europe’s leading port for shipping offshore wind turbines.

Esbjerg was established in 1868 as a replacement for the harbour in Altona, which had previously been Denmark’s most important North Sea port but came under German control after the Second Schleswig War in 1864. The harbour was officially opened in 1874. The same year, it benefited from Esbjerg’s rail connection to Fredericia on the east coast of Jutland. The initial development of the harbour was completed in 1874.

It quickly became a hub for exporting agricultural goods to England, especially butter and bacon. Thanks to the harbour’s shipping facilities, by the end of the 19th century, livestock production in the surrounding region increased significantly. From the beginning of the 20th century, Esbjerg attracted fishermen from across the country, particularly for fishing plaice. Located some 25 km (16 mi), Blåvand Lighthouse has served traffic from the Port of Esbjerg since its construction in 1900.

The Port of Esbjerg was administered by the State until 2000 when it became privately controlled under Esbjerg Municipality. Today it is one of the four largest ports in Denmark enjoying a central position in the region’s infrastructure. In addition to container and passenger traffic, it has attracted fish-processing activities and marine repair work as well as a wide variety of supporting services.

DFDS formerly operated an overnight ferry to Harwich in the south of England, taking about 12 hours. The service ended on 29 September 2014 after 140 years. A new ferry company has announced their intention to restart the service in April 2015, but by March 2017 no new ferry service has been opened.

There were also ferry connections between Esbjerg and Newcastle but these have been discontinued. Over the past few years, the number of passengers using the port per annum has averaged 1.8 million.

In recent years, the port has handled some 4 million tons of cargo a year, of which some 500,000 tons have been liquid fuels

Esbjerg has served the Danish offshore industry since oil and gas was first extracted from the North Sea in the early 1970s. More recently, it has become a centre for shipping offshore wind turbines. In addition to handling 65 percent of all Danish wind turbines (which now supply 3 GW of offshore wind power), the port has shipped components to various British wind farms. In order to cope with future increases in Danish offshore wind power, twelve companies including DONG Energy and Bluewater Energy Services are planning the establishment of a Green Offshore Centre in Esbjerg. In this connection, in June 2013 the port was significantly expanded with the opening of the Østhavn (East Harbour) covering an area of 650,000 m2 (7,000,000 sq ft). Further expansion started in 2017, including two roll-on/roll-off discharge facilities. 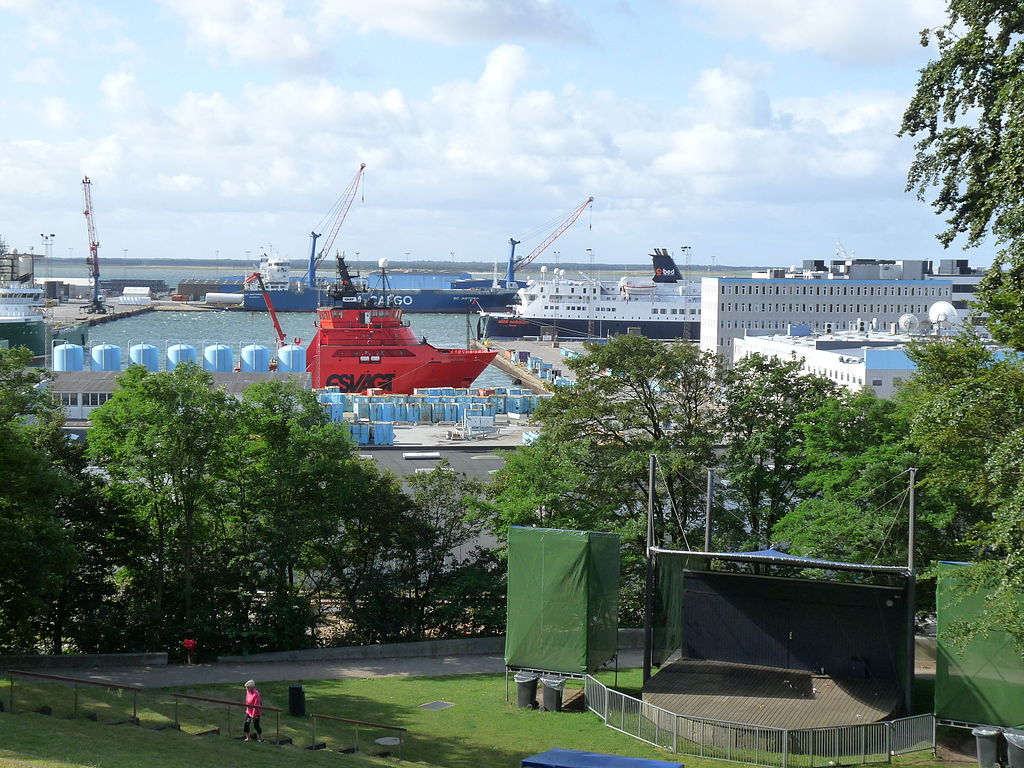 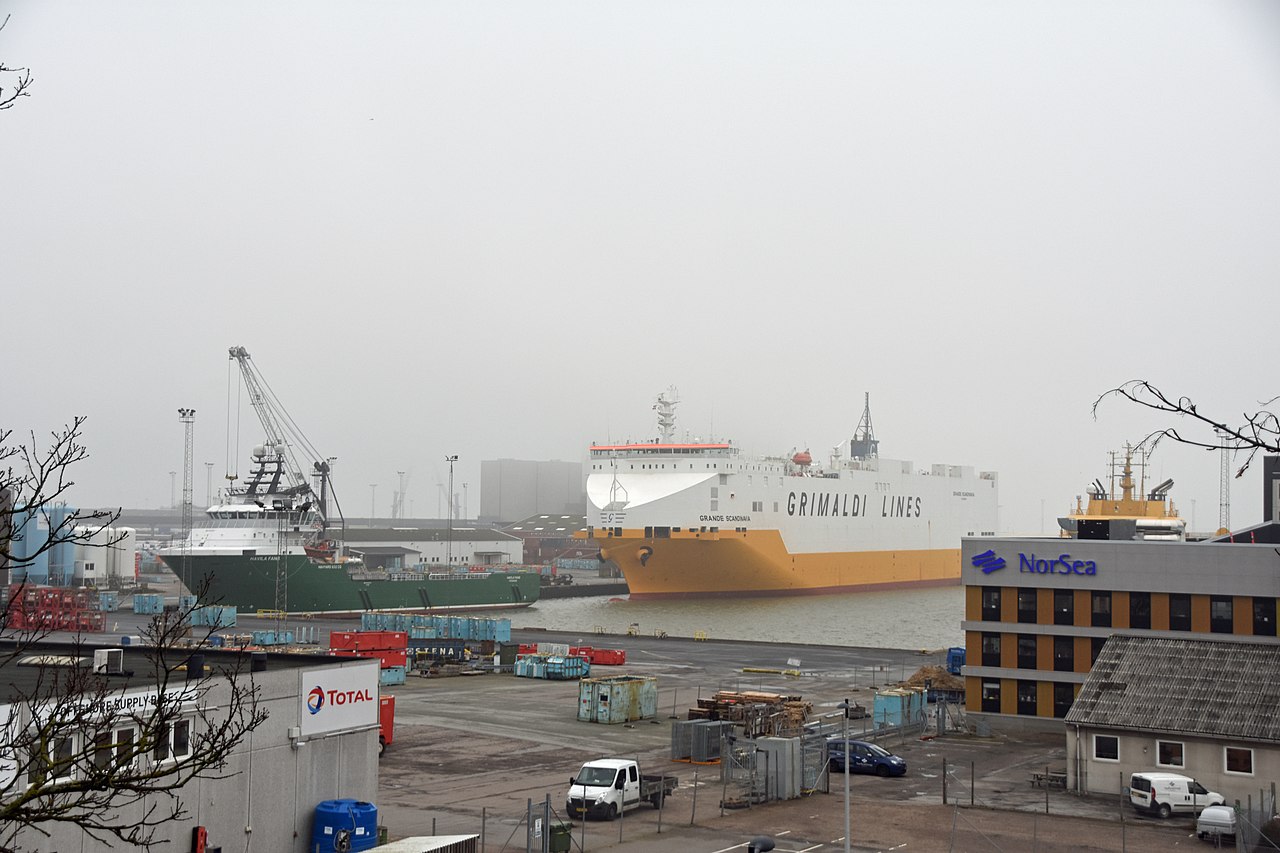 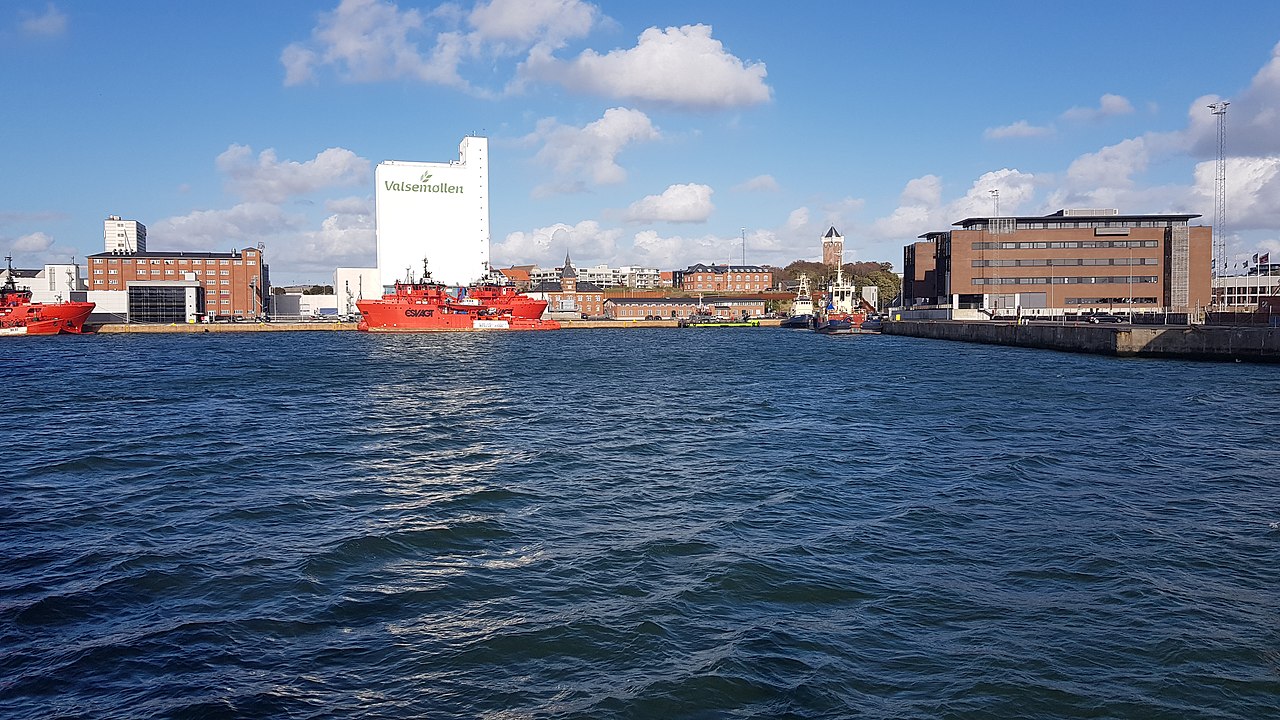 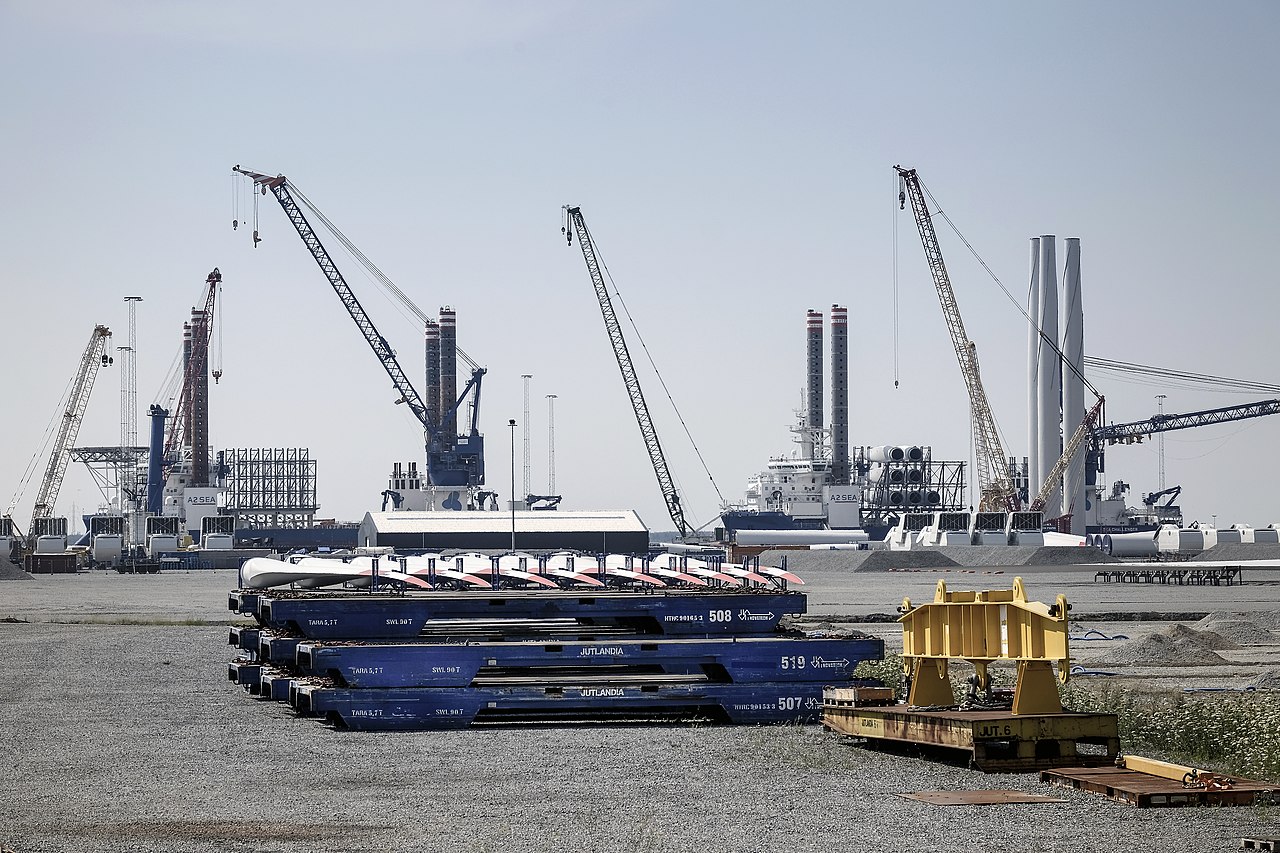 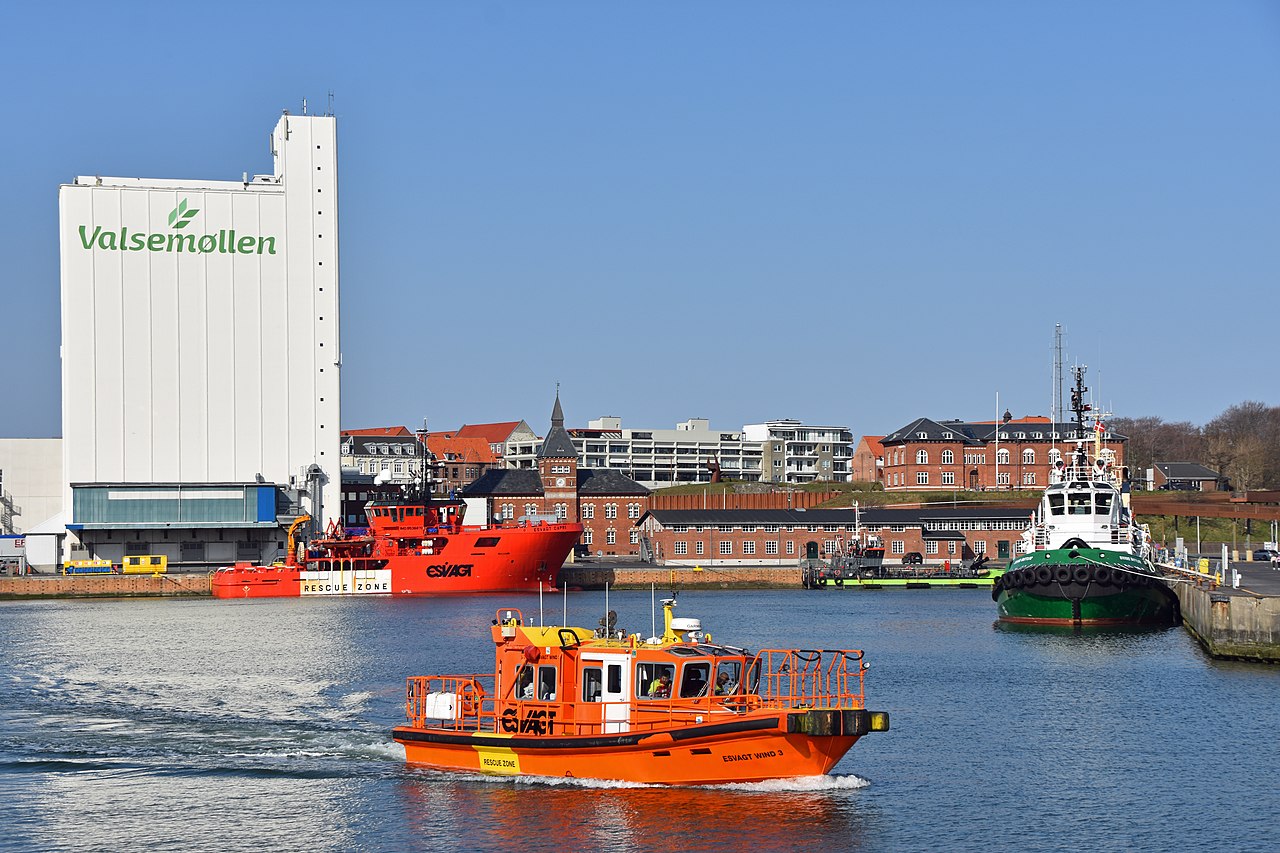 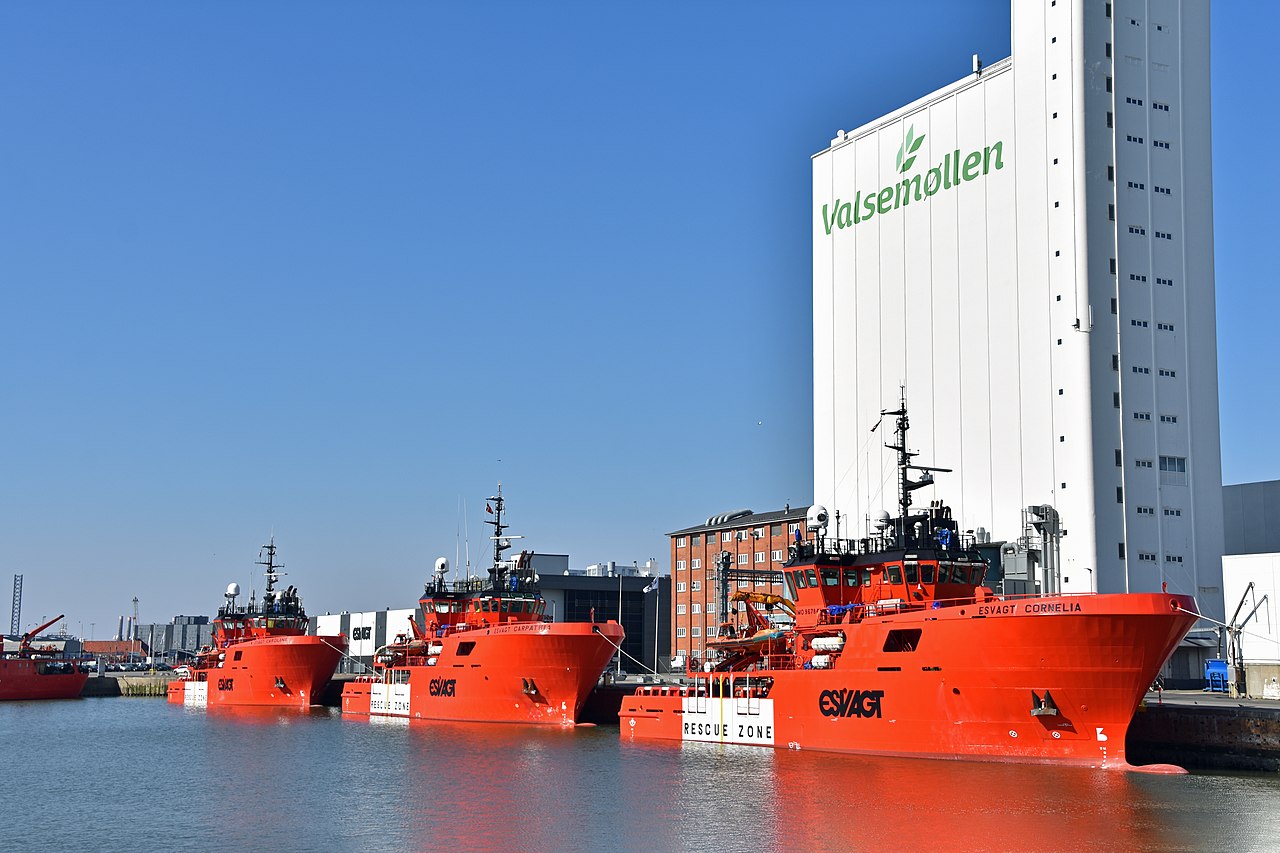 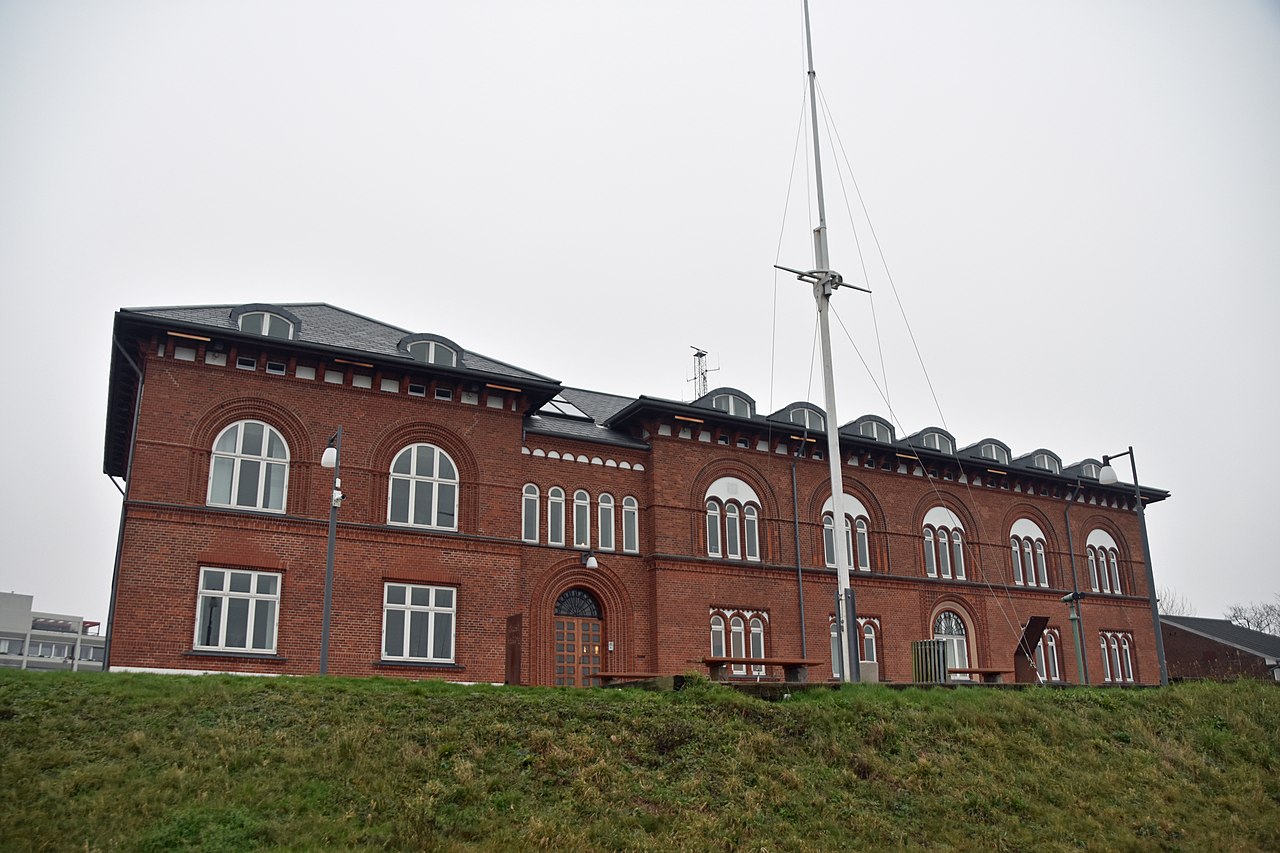 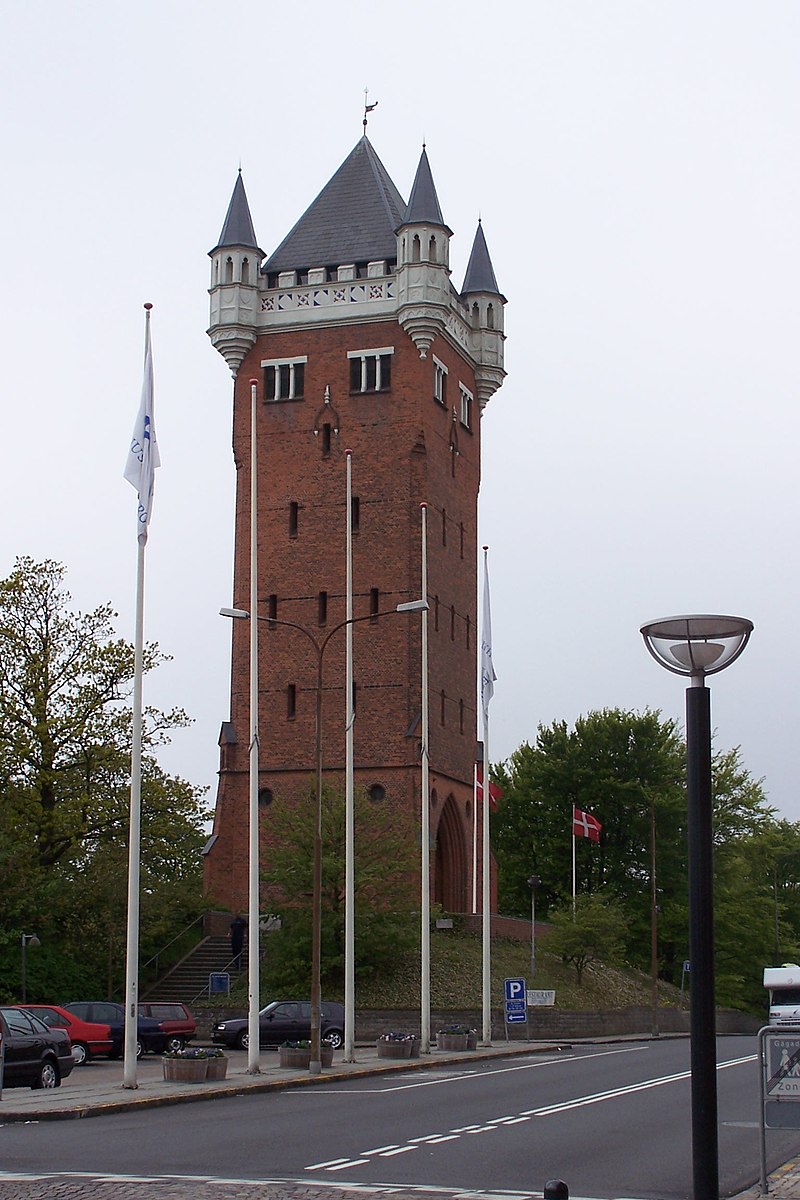 (not related with Viking Life Blog)! 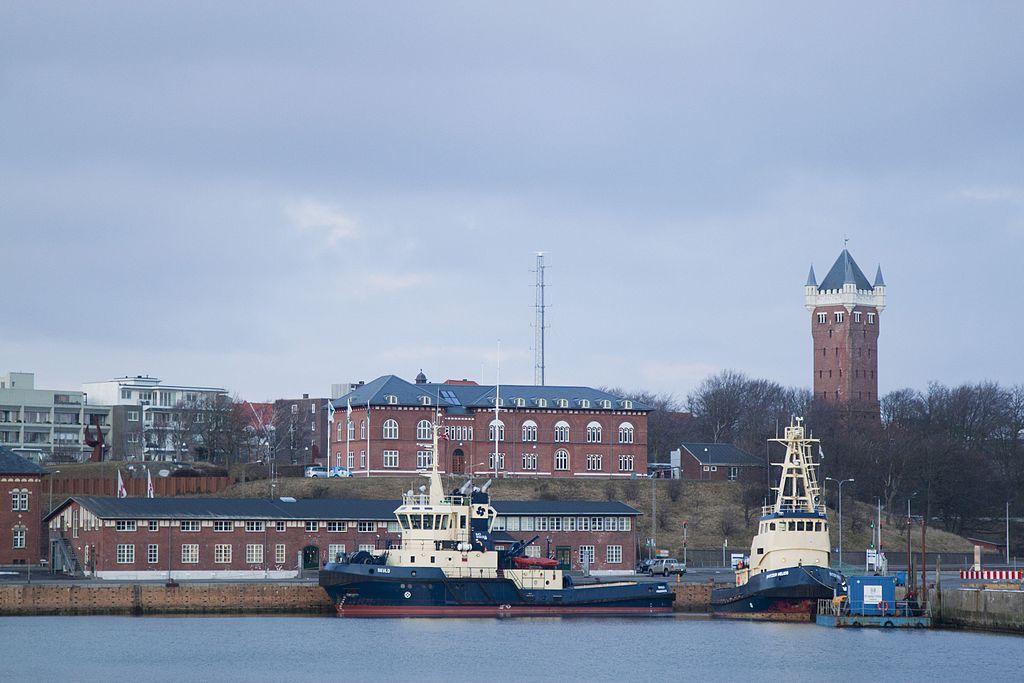 Esbjerg (/ˈɛsbjɜːr, –bjɜːrɡ/; Danish: [ˈɛsbjæɐ̯ˀ]; West Jutish dialect: [ˈɛsbʲæa̯]) is a seaport town and seat of Esbjerg Municipality on the west coast of the Jutland peninsula in southwest Denmark. By road, it is 71 kilometres (44 mi) west of Kolding and 164 kilometres (102 mi) southwest of Aarhus. With an urban population of 71,618 (as of 1 January 2016), it is the fifth-largest city in Denmark, and the largest in west Jutland.

Before a decision was made to establish a harbour (now the second largest in Denmark) at Esbjerg in 1868, the area consisted of only a few farms. Esbjerg developed quickly with the population rising to 13,000 by 1901 and 70,000 by 1970. In addition to its fishing and shipping activities, it also became an important centre for agricultural exports. Over the years, many of the city’s visitors have arrived by ferry from Harwich, Essex, England, but this service closed in September 2014 having run since 1875. The harbour facilities are being expanded to answer the needs of the wind-turbine industry and container shipping traffic. Esbjerg is served by Esbjerg Airport with flights to Aberdeen, Scotland and Stavanger, Norway.

The town has several notable museums and entertainment venues, including Esbjerg Art Museum, Esbjerg Museum and the privately owned Fisheries and Maritime Museum. The Esbjerg Performing Arts Centre was completed in 1997 to designs by Jan and Jørn Utzon. When approached by sea, the Man Meets the Sea is one of the prominent monuments, consisting of four 9-metre-tall (27 feet) white-coloured men, overlooking Sædding Beach. The sculpture was designed by Svend Wiig Hansen and installed in 1995. It hosts branches of the University of Southern Denmark and Aalborg University, Esbjerg is increasingly recognized for its university facilities and sporting activities. It is home to the Danish football club Esbjerg fB, who play their home matches at Blue Water Arena, and also has an ice hockey division called Esbjerg Elite Ishockey, which plays at the Granly Hockey Arena.