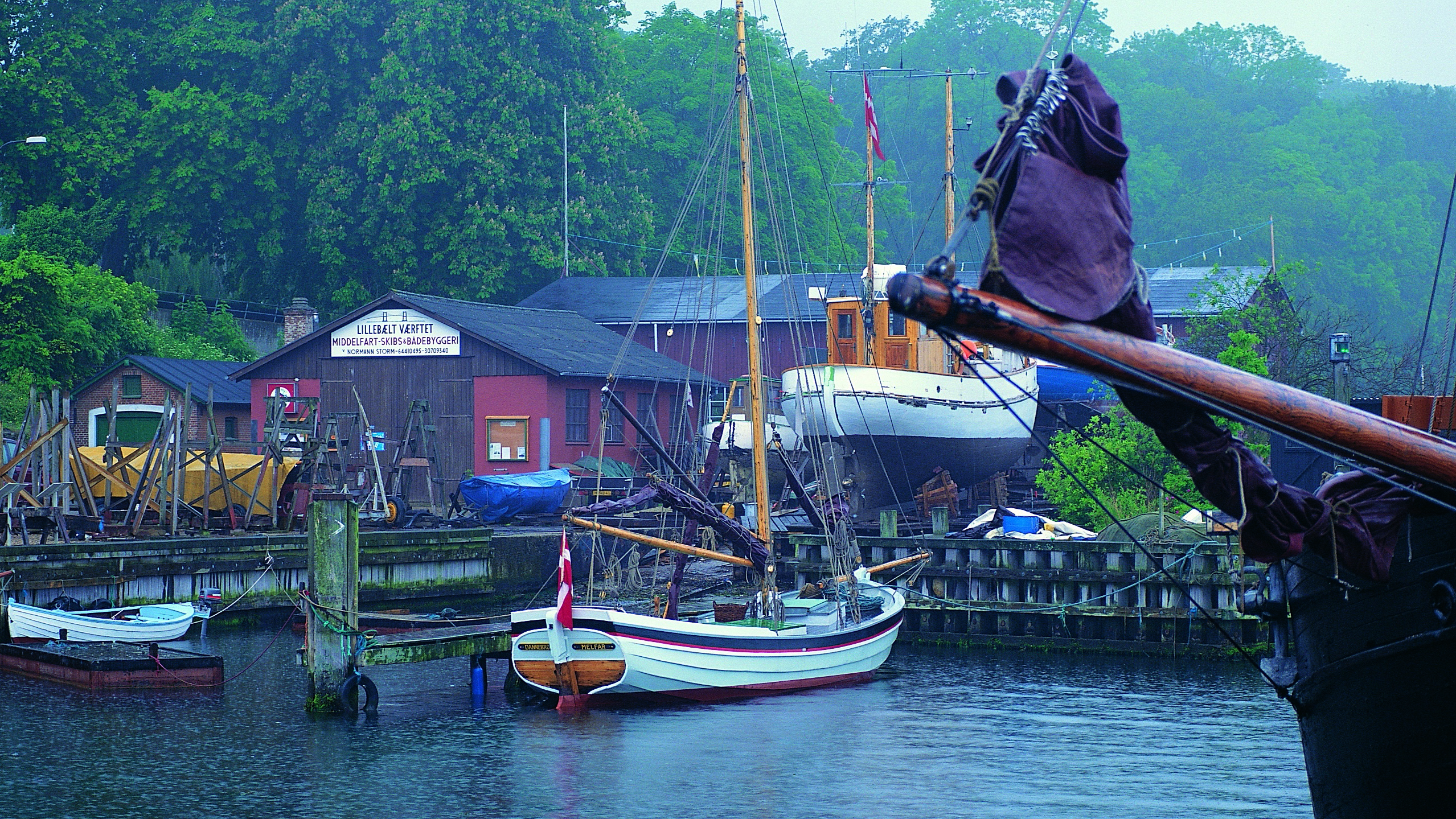 150 years of boatbuilding at Middelfart Harbour.
The years around 1830 to 1870 were golden ages for Danish shipping. It was the cereal sales time when Denmark’s trade with the outside world, not least England, rose from year to year. From the well-known shipping community, Schooners, Barker and Brigger sailed on a long voyage over the 7 seas. But above all, hundreds and hundreds of small ships sailed around on the fjords and belts, with the largest part of the transport between the country parts. Sea-market towns and island communities flourished, and it was during these years that significant parts of the Danish coastal Environment were created. First came the railways and began to turn the country inward; A process that is being enforced during these years by the last major bridge buildings.
In 1850érne, small and large shipyards were shot up on our shores.
This was also the case, the shipbuilding family Illum (Petersen) from Sydfyn (Illumø) started at Middelfart. Hans Illum brought the shipyard “Sølyst” on Skrillinge Beach (active 1850-75), while the brother Mads Illum around 1855 laid the slipway on the outside of the western pier at the in 1837 inaugurated Middelfart harbour. And while Hans Illum built a large number of larger ships, Mads Illum specialized in building “lillebæltsjoller”, Ships of 19-23 feet for use in whale catching, fishing and pilot station, and from the end of 1890s boats to the emerging bottom yarn fishing.

The slipway can handle ships up to 100 tons. Lillebælt Værftet
Middelfart is a town in central Denmark, with a population of 14,815 (1 January 2014).
The town is the municipal seat of Middelfart Municipality on the island of Funen (Danish: Fyn).

The name Middelfart, first recorded as “Mæthælfar” in Valdemar’s Census Book in 1231, consists of the old Danish word mæthal meaning ‘middle’ and far meaning ‘way’. This name originally referred to the strait Snævringen (‘the narrowing’), which is the narrowest part of the Little Belt, and was subsequently applied to the settlement as well. The name is considered humorous by English speakers.

It is not known when the town was established but it certainly owes its existence to its location at the narrowest point across the Little Belt. The town was granted its first privileges at the end of the 13th century at a time when fishing played an important role in addition to its ferry link to Snoghøj in Jutland. From the Middle Ages the town appears to have specialized in catching harbour porpoises. In the 16th century cattle export was also significant.

After the Swedish Wars in the 17th century the town suffered from losing its foreign export privileges and from competition from Fredericia on the other side of the belt, which not only had a ferry link to Strib but levied customs duties on traffic through the Little Belt. In the 18th century income from porpoise catches diminished but in the 19th century, with the establishment of its own harbour in 1836, conditions improved thanks in particular to the growing trade in agricultural products from the surrounding areas. From the mid-19th century small industries started to develop, especially the iron foundry. The rail link between Middelfart and Nyborg opened in 1865, bringing added prosperity despite the fact that it connected with the ferry from Strib rather than the one from Middelfart.

By the beginning of the 20th century the iron foundry, with about a hundred workers, was the town’s main industry. After the first Little Belt Bridge was completed in 1935 Middelfart became an important hub for traffic between Jutland and Funen.

The population grew from 2,345 in 1880 to 11,056 in 1950 but in the second half of the 20th century the rate of growth declined. In 1970 a motorway bridge to Jutland was opened and in 2007 Middelfart became the seat of an expanded municipality, which included the former communes of Ejby and Nørre Aaby.

Middelfart Municipality had a population of 37,685 in January 2014. The municipality is also a part of the East Jutland metropolitan area with 1.2 million inhabitants.

From the Middle Ages until the end of the 19th century the local fishermen were also whale hunters in winter. The only whale common in Danish waters is the Harbour Porpoise Phocoena phocaena. The whale hunters linked their boats across the rather narrow Little Belt and by beating the sea with sticks and branches they directed the migrating porpoises to low water areas where they could be slaughtered. As the whale blubber was used for lamps, indoors and outdoors, the arrival of electricity made whale hunting uneconomical. In the winter of 1854–55, 1742 whales were caught, but a normal winter’s catch would be half that or even less. In the 20th century the hunt was resumed during the two world wars. Two memorial stones now stand where the hunters landed the whales and where blubber was prepared.

Middelfart is served by the passenger rail service between Copenhagen and Jutland. Gammel Havn (Old Harbour) dates from the 1830s. At the beginning of the 20th century it was extended and deepened to the east.

Middelfart Church, dedicated to St Nicholas, is located close to the harbour at the end of Algade. Built in several stages, it has a Late Romanesque chancel, a tower first constructed in the 14th century and a nave with aisles from the late 15th century. 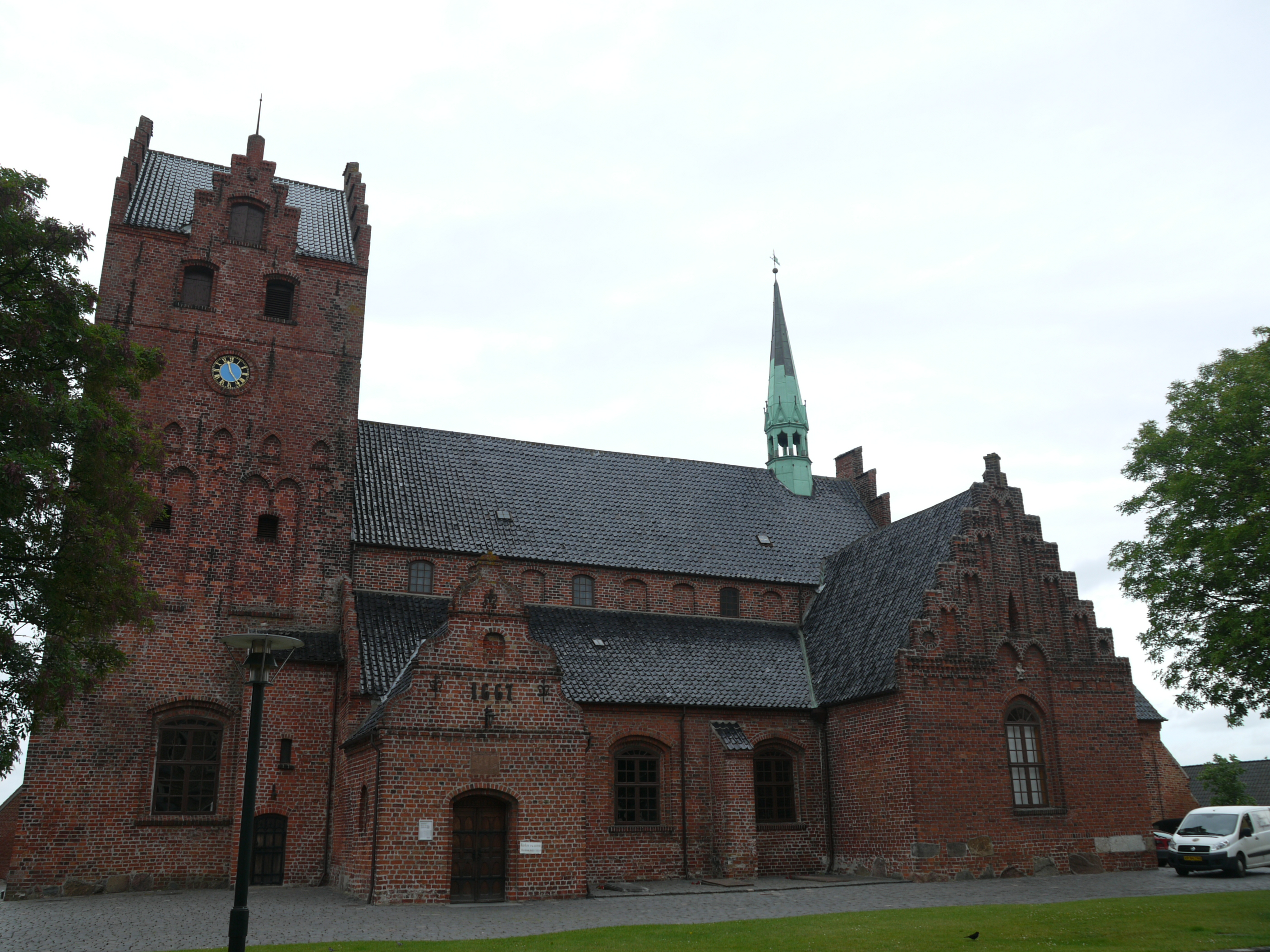 The richly carved altarpiece is from 1650. 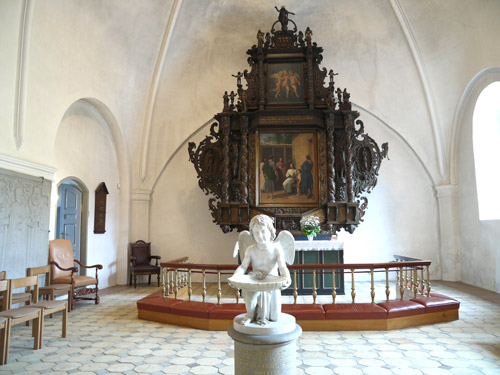 Henner Friiser Hus, a half-timbered house on Brogade dating from around 1575, is now part of Middelfart Museum and contains exhibitions related to the history of the town. Restoration work on the building was completed in March 2014.

The Kulturøen (literally, “Culture Island”) Cultural Centre contains the public library, a cinema, a restaurant, a café and the tourist office. 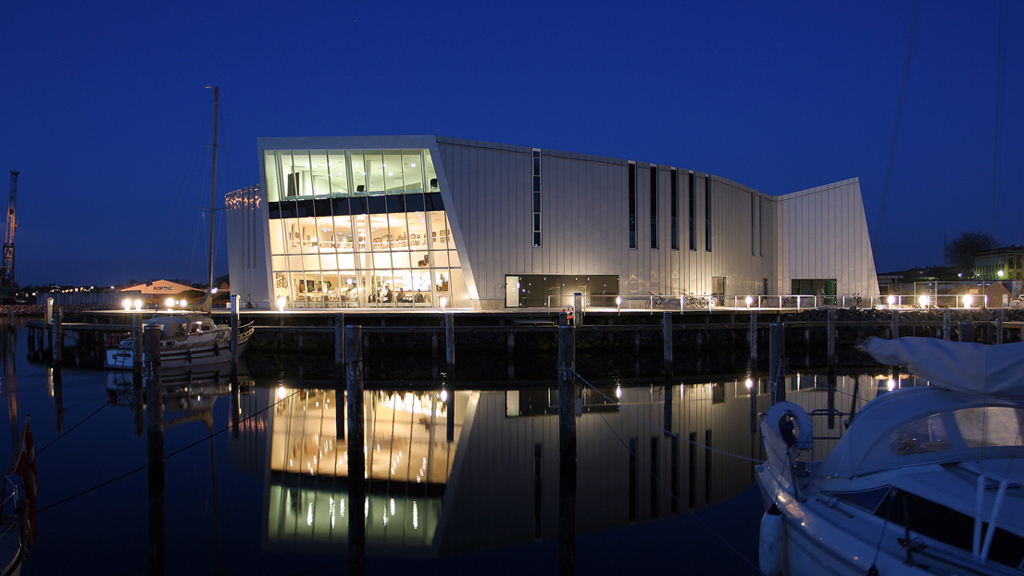