Holbæk Shipyard was the latest working shipyard on Zealand (Sjælland). It was located in the old port of Holbæk on the west side of the waterfront. The shipyard ceased its commercial activities at the end of 2007, after which the sites were transferred to the municipality of Holbæk.
After the gradual decline in demand for the type of smaller ships that the yard was producing, the yard was already in the end of the 1900-century surpassed from the construction of complete ships for repair activities. At its closure in 2007, the shipyard employed 37 employees.

The shipyard was founded in 1938 by Anton Nielsen, who came to the town from Korsør with his two sons Erling and Carlo. He quickly gained success and the company had its peak in the 1960s, when the shipyard employed hundreds of employees. Anton Nielsen died in 1964, when his sons continued the yard until 1980, when Leif Mortensen took over it, but he used it primarily as a repair yard and for other activities such as the production of caravans.

The shipyard built a total of 343 ships, where the largest customer was the Royal Greenland Trade, for which 118 ships were delivered. In addition, the Royal Danish Navy mine ships were built at the Holbæk shipyard. The ship Tikerak, which was finished in 1949, was the largest built at the Holbæk shipyard. It was named by the then Prime Minister Hans Hedtoft.

Holbæk is a town in Denmark and the seat of Holbæk municipality with a population of 26,961 (1 January 2015). The city is located in the northeastern part of Region Sjælland, Denmark.

Holbæk is on Zealand, on the banks of Holbæk Fjord, an inlet of the larger Isefjord. Holbæk is a commercial and industrial center for the surrounding area. By rail, Holbæk is served by Danske Statsbaner‘s line from Roskilde to Kalundborg, which runs through the city. Vestsjællands Lokalbaner connects Holbæk by rail to Nykøbing Sjælland.

The city serves as a major hub for the Movia bus routes. Holbæk has an active commercial seaport that serves as the harbor for the ferry to Orø (island). Near the harbor there is a substantial marina. 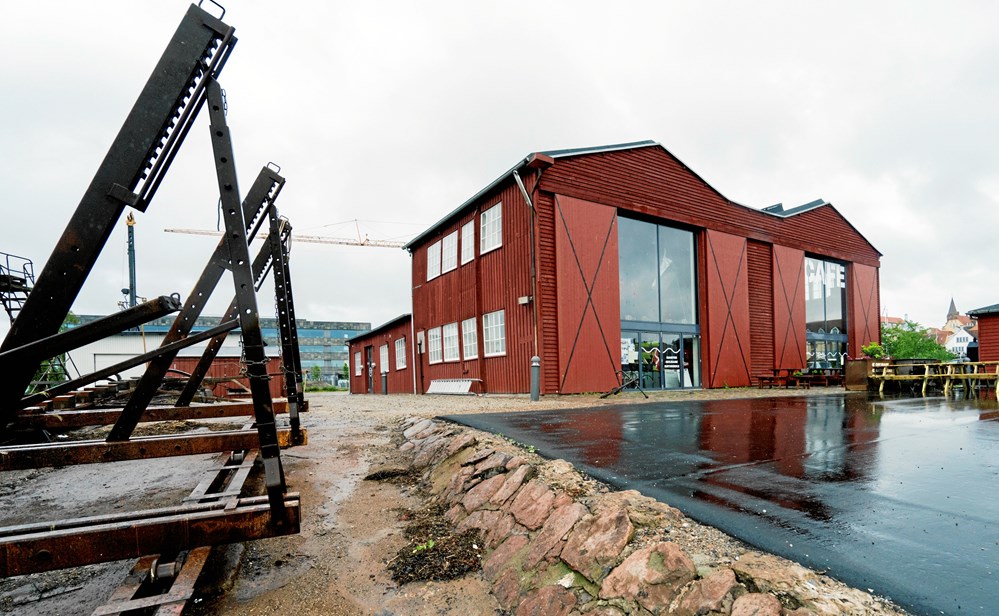 Holbæk is first mentioned in official documents in Absalon‘s letter of June 8, 1199, in which he granted the majority of his estates to Sorø Klosterkirke in Sorø. It was called Holbækgaard, a larger farm belonging to a nobleman, around which the city would eventually develop.

Next it appears in Valdemar the Victorious’ book of properties (see Kong Valdemars Jordebog on the Danish Wikipedia) in 1231. Valdmar broke ground for Holbæk Slot (Holbæk Castle) in 1236.

Holbæk clearly grew from then on but is not mentioned again until around 1400 when Margaret I came for a court proceeding that granted her territories in Jutland. The event may have triggered the creation of the first city seal which shows the three trees by the water that are the prominent features of the current seal. 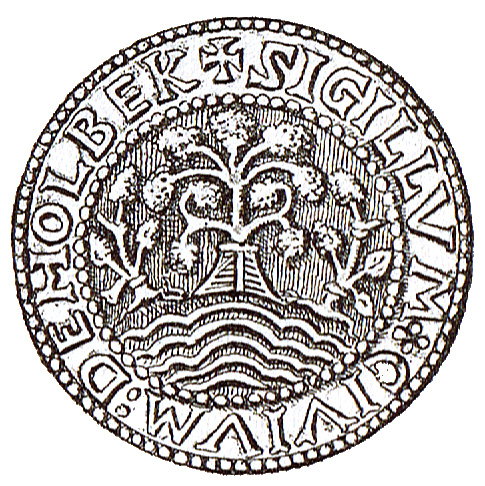 Culturally, Holbæk can be noted for Musikhus Elværket, a converted power station that serves as a concert venue for modern music.