Founded in 1867 by Jørgen Ring-Andersen, J. Ring-Andersen Skibsværft is one of the oldest wooden shipyards in Denmark. Over many years the yard has built almost 200 wooden ships, most of which are still sailing with grace today.

Ship names such as ‘Lilla Dan’, ‘Helge’, ‘Activ’, ‘Seute Deern’ and ‘Carene Star’ are recognised by many and characterized as classical examples of good shipbuilding. During the yard’s early years iron ships were built as well, but in order to maintain the best wooden ship traditions, the yard gradually began to concentrate solely on wooden shipbuilding and moved steal shipbuilding to a new iron shipyard, also located on Frederiksø with part of the family as co-founder.

The iron shipyard along with others was not able to keep up with world competition. But J. Ring-Andersen Skibsværft has managed, due to the art of using the good old virtues of both building and restoration work together with committed customer care, in order to survive year after year. Adaptation to the times in which one lives is the keyword to continuously being able to exist in a world of constant change – as this yard’s continuous existence shows. 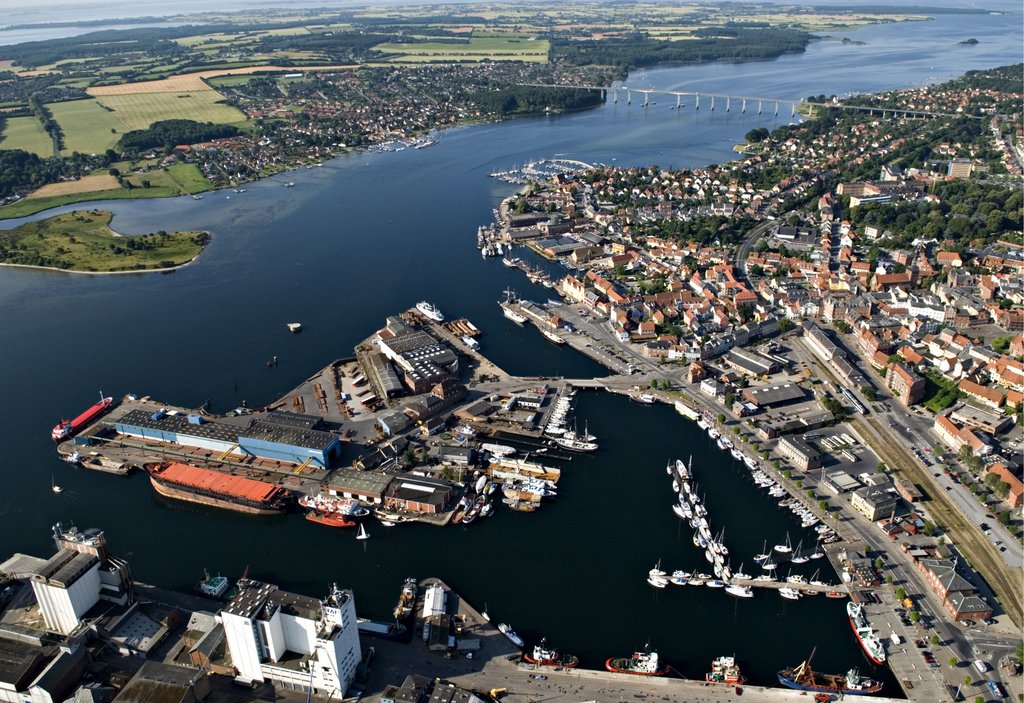 Svendborg is home to the “Naturama” museum, which holds a wide variety of stuffed animals from birds to bears. The largest container ship company in the world, A.P. Møller-Mærsk has its origins in Svendborg, in the “Villa Anna”. 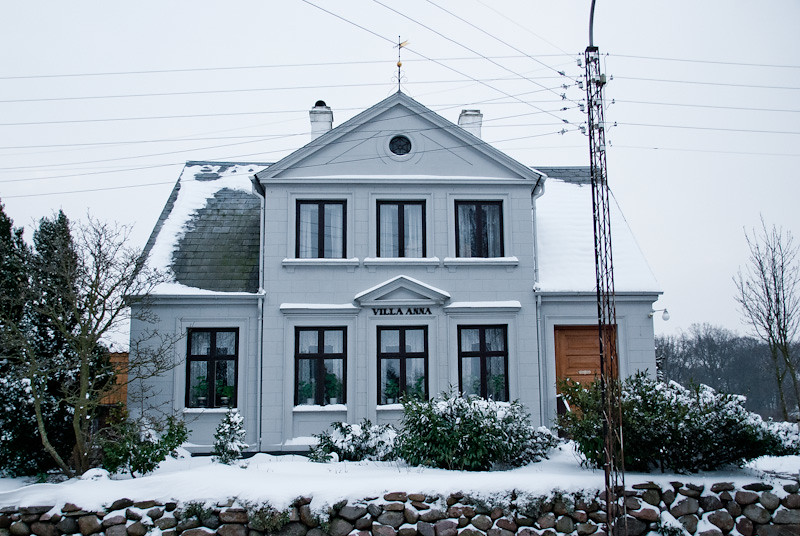 In the light of archaeological discoveries, Svendborg appears to have been established in the first half of the 12th century or even earlier. Located at the head of a bay, the natural harbour encouraged seafaring and trade.

The first recorded mention of Svendborg occurred in 1229 in a deed of gift by Valdemar the Victorious, where he refers to the fortification as Swinæburgh. The name is thought to consist of the elements “svin” meaning “pig” and “borg” meaning “fortification”.

In 1236, the Greyfriars monastery in Svendborg was established. The Greyfriars would be part of the city for the next 300 years, until the Protestant reformation in 1536.

The ruins of the monastery were partly excavated beside the railway in 2007.

In 1253, the city was granted market town privileges by King Christopher I. In the Middle Ages, the city was fortified with walls and moats. The defense system also included a few forts. Most historical facts about the medieval defense system, including the locations of fortifications, are disputed, as little archaeological evidence has been generated. In spite of this, it is a popular theory that the three towers in the coat of arms are the three fortifications (“Skattertårnet”, “Kyseborg” and a third one unnamed). Thanks to its seafarers, in the late Middle Ages Svendborg became one of the most important trading centres in Scandinavia.

During the time of the Protestant reformation and the Count’s Feud in the 1530s, the citizens of Svendborg joined forces with the King. Ørkild Castle, located just east of Svendborg, was property of the bishop of Odense, who was less than popular among the citizens of the city. The tension resulted in the castle being seized and burned down by an angry mob in collaboration with the King’s forces. The King’s forces would later, after ending their north-going campaign on Funen, return to pillage and plunder Svendborg.

After 1536, Svendborg went through a brief period of progress becoming the islands main port. But it would not last for long. In the following 250 years, the city faced various setbacks in its development, such as plague, a major fire, and the effects of the Swedish wars when Svendborg’s ships were destroyed. 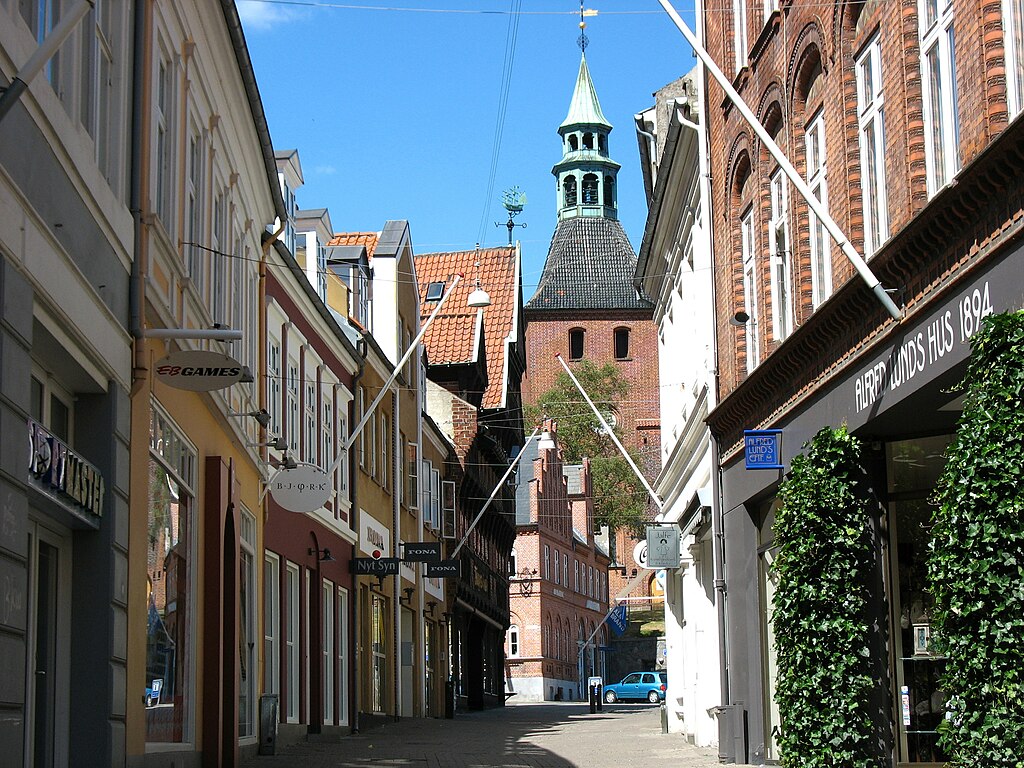 It was not until the end of the war with England and the Industrial Revolution in the early 19th century that the city returned to a period of increasing prosperity.

The population grew from a mere 1,942 people in 1801 to more than 11,500 in 1901. This development was followed by improvement of the infrastructure, such as rail links with Odense, Faaborg and Nyborg, improvement of the local roads and the establishment of a real harbour suited for extensive trading, since goods could now easily be transported there. In the middle of the 19th century an explosion of industrialization happened, and all kinds of factories, from engineering to breweries were established together with modern gas and water systems.

In the late 19th century, with industry well established, it was necessary to accommodate the growing population. This led to numerous new schools being founded. Furthermore, a hospital was established in 1871 and expanded in 1891. 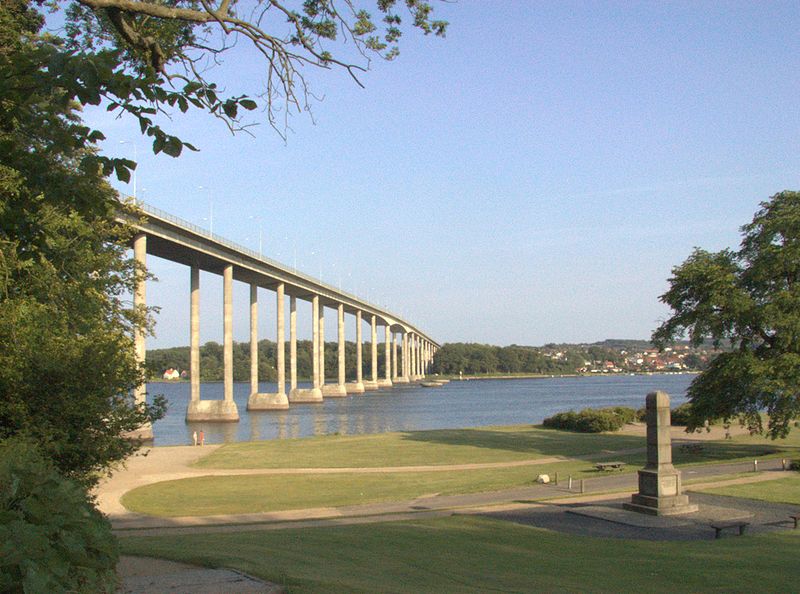 The rapid increase in population continued at the beginning of the 20th century as Svendborg developed into an even more important industrial and educational centre. The food and metallurgy sectors became well established. The port prospered with new facilities, including shipyards such as Svendborg Skipsværft which was established in 1907 on an artificial island. On the educational front, a number of maritime and navigational schools were established. The shipyard, which had employed up to 800 in the 1980s finally closed in 2001, some of the facilities being taken over by Vestas.

In recent years, there has been a marked transition from industry into the service sector, the hospital now being one of the principal employers. Tourism has also prospered, especially for those arriving in pleasure boats.

The German writer Bertolt Brecht spent the first years of his exile from Germany in Svendborg. The town provided the title of a collection of Brecht’s poems “Svendborger Gedichte” (Svendborg Poems).

Svendborg lies on the south coast of Funen. By road, Svendborg is located 195 kilometres (121 mi) southwest of Copenhagen, 44.2 kilometres (27.5 mi) south of Odense, 85.8 kilometres (53.3 mi) southeast of Middelfart, and 28.5 kilometres (17.7 mi) south-southeast of Faaborg. The Port of Svendborg is accessed by several channels, feeding through the islands of Tåsinge and Thurø. Svendborg Sund approaches the town from the southwest, along which ferries coming from Ærøskøbing pass the smaller islands of Drejø, Hjortø, and Skarø. Between Tåsinge and Thurø is Thurø Sund, which passes Bregninge forest (Bregninge Skov) on the northeast coast of Tåsinge, approaching the port of Svendborg from the south. From the east, between mainland Funen and the island of Thurø, is the narrow Skårupøre Sund. 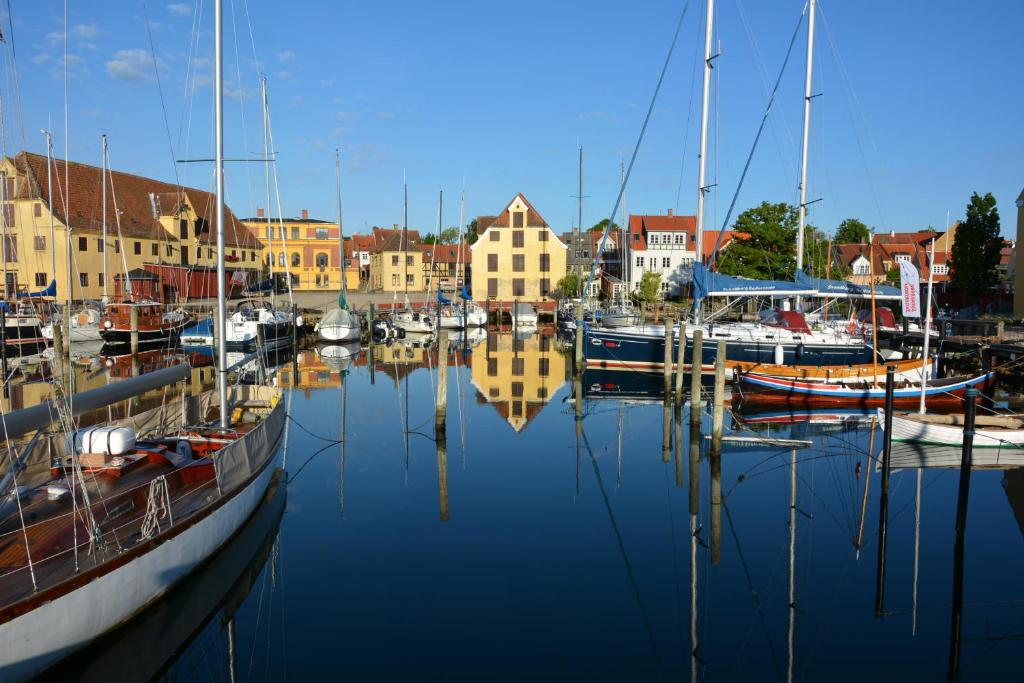 The largest container ship company in the world, A.P. Møller-Mærsk has its origins in Svendborg, in the “Villa Anna”. The company remained in the hands of Mærsk Mc-Kinney Møller until his death in 2012 at the age of 98.

The Mac Baren tobacco factory was established in Svendborg in 1887, under the name Harald Halberg Tobaks and Cigarfabrik. The company was renamed the Mac Baren Tobacco Company in 1995. The company employs 140 people, and exports tobacco products to 70 countries.

Vor Frue Kirke (Church of Our Lady) located on a hill north of the market square was established in the 13th century but was enlarged in the late Middle Ages with a Gothic chancel, transepts and tower. A spire was added in 1768. The oldest section is the red-brick, Romanesque nave. Today the church reflects the comprehensive restoration work undertaken by Ove Petersen in 1884. The altar, pulpit and other artefacts date from the 17th century (picture below).

Naturama, established in April 2005, is a natural history museum enhanced by means of various technological support features including light and sound, film, and expedition scenarios. It has a large collection of stuffed animals and birds in natural surroundings. A recent addition has been an exhibition depicting the world of spiders

Attractions close to Svendborg include Egeskov, the best preserved Renaissance water castle in Europe, Valdemar’s Castle on the nearby island of Tåsinge, and Hesselagergård, a historic manor to the north of Svendborg. 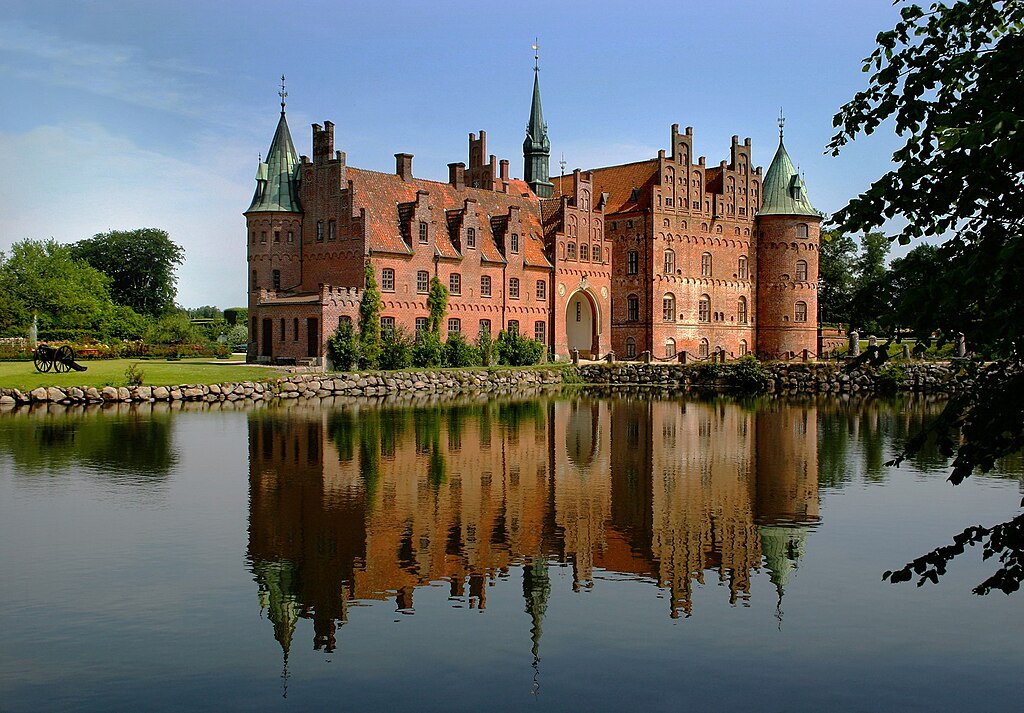 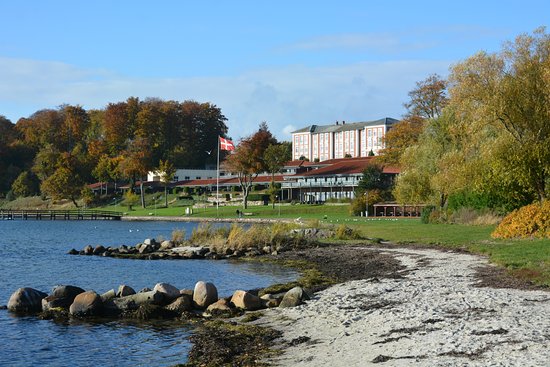