Helsingør Værft with Kronborg in the background

Helsingør Shipyard and Maskinbyggeri A/S was one of Denmark’s major shipyards, founded on 1. March 1882 as A/S Helsingør Jærnskibs-and Maskinbyggeri of M.C. Holm (1827-1892) from the shipping company Norden. The yard reached just about to fill 100 years before it closed in 1983. Some of the old shipyard buildings are now transformed into the Kulturværftet (The Culture Yard in English).

Helsingør Skibsværft in the 1950’s

Helsingør Skibsværft in the 1950’s

Helsingør Skibsværft 1967. Helsingborg, Sweden in the background (below).

The initial share capital was DKK 1.6 million, three building bedding and a dry dock, each of more than 100 metres in length, and a large number of shipbuilding and machinery workshops with modern machine tools, cranes, foundries, administration buildings and its own steam power central. The first buildings of the shipyard were designed by J.E. G. The first ship from the shipyard was launched on Constitution Day 1883 and was baptized Helsingør. The first director was Vilhelm, while the founder became chairman of the board.
The first years ‘ economic cycles were not favourable to the shipyard, so M.C. Holm took over the management and ordered two ships. In 1889, however, the situation had changed for the better, the number of employees exceeded now 1,000 and the company could pay dividends to its shareholders.
M.C. Holm died in 1892 and was succeeded as Chairman of the board by shipbuilder Christian Rohmann, who was the owner of one of Elsinore’s two wood-shipyards. S.C.W. Bindesbøll became a new director after Holm’s instructions. In 1896, the demand for repair orders was increasing, so the shipyard bought the old slipway, which had been brought by the city’s wood-shipyard in 1863. A new dry dock was also constructed to allow the yard to dock ships up to 112 metres long. At the same time, the share capital increased to DKK 2.1 million.
After the turn of the century, a new stagnation shifted into around 1907, but the shipyard acted forward by starting three new ship projects on its own account. It maintained the workforce and managed to dispose of the ships. However, the shipyard had a deficit in the years up to 1911, when the orders for newbuildings started to flow again.
In 1913, the shipyard’s majority shareholding was taken over by a consortium with the participation of Burmeister & Wain and DFDS. Representatives of these came on the board. However, the yard continued as a completely separate unit. In 1916, B&W sold its share to DFDS. During the first half of the war. During World War II, the company benefited from the fact that it was difficult to obtain materials to the extent necessary. The 1920s and 1930s were dominated by major modernizations in the yard. A modern ship building was built in reinforced concrete in two storeys (1924-25), a new slipway (1928), capable of handling ships up to approx. 4,000 tons deadweight, and a building for carpentry and painting workshops (1932). In 1933, the shipyard also acquired new areas at Allégade and Grønnehavevej, where a timber site was established and later a new model carpenter workshop with warehouse and a turbine workshop were created.
By this time the machine department had patented a new waste steam turbine, and with a great deal of success, the 1960 delivered no fewer than 60 installations of this kind until the steam engine was completely supplanted by diesel engines. In 1935, the shipyard achieved a licensing agreement with B&W, which enabled the shipyard in Helsingør to build its own diesel engines. The first ship with diesel engine of the yard’s own construction was launched in 1937 and was the passenger ship Crown Prince Olav, who came to service at DFDS. At that time, the shipyard had specialised in refrigeration, fruit and passenger ships. By the end of the 1930s, the shipyard had approximately 2,500 employees.
The occupation put an end to the supply of materials normally coming from England. However, the Wehrmacht maintained a limited activity in the yard during the war years. In the postwar period, Helsingør Shipyard and Maskinbyggeri took part in Marshall Aid. The period was a departure time for the company, which in 1957 came up at 3,600 employees and during the same decade took over the majority shareholding in Aarhus Dock, which continued as a subsidiary. The building slipway was extended in 1953 to build cargo ships up to approximately 14,000 tonnes. At the same time, the old dock was replaced, so it was possible to dock ships up to 150 metres long. The shipyard’s share capital was simultaneously extended from 8.4 to 12.6 million kroner.
On the technical front, the 1954 shipyard launched a gas turbine that formed the basis for the shipyard’s turbochargers. The first ship with these turbochargers installed was the cargo ship Abelone Vendila. In addition, the production of the yard was restructured due to the transition from riveting to welding.
In this decade, the machine department was given major tasks, including the The shelter at research centre Risø as well as large boiler plants for the Asnæs plant and the
Svanemølle plant.

In 1964, the company J. Lauritzen became co-owner of the majority shareholding, where DFDS remained the other major shareholder. Four years later, the shipyard entered into a partnership with the shipyards in Aalborg, Frederikshavn and Aarhus, which resulted in the co-ordination company DAN-Shipyard A/S. At this time, it became clear that the Danish shipbuilding industry no longer competed among themselves, but on the other hand, with foreign yards.
After a long period of decline in the 1970s, the shipyard in 1980 recorded a deficit of DKK 23 million and a year after a deficit of DKK 132 million. In 1982, the board chairman of the Lauritzen group, Aksel turned at the company’s general meeting, could announce that the shipbuilding department at the shipyard had to close after a loss unparalleled in Danish shipyard history. Helsingør Shipyard and Maskinbyggeri A/S closed in 1983 with a negative equity of 135 million kroner. The repair department was continued in Frederikshavn under the name HV-Turbo.

Helsingør is properly one of the smallest cities in Denmark with its name translated to english: Elsinore.

Helsingør (Danish: [hɛlseŋˈøɐ̯ˀ]), classically known in English as Elsinore, is a city in eastern Denmark.

Helsingør Municipality had a population of 61,519 on 1 January 2015. It is known for its castle Kronborg, where William Shakespeare‘s play Hamlet is set. The HH Ferry route connects Helsingør with Helsingborg in Sweden. 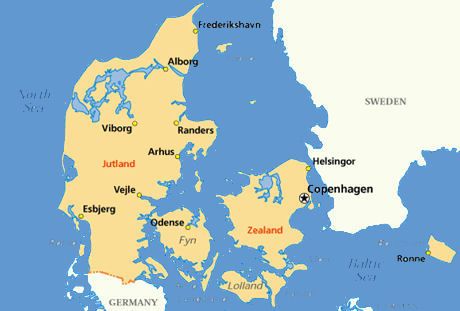