Hundested Yard has a slipway for recreational and commercial vessels with 8 tracks and a lifting capacity of up to 120 Tons.

Hundested is a town with a population of 8,543 (1 January 2015) and a former municipality (Danish, kommune) in Region Hovedstaden in the northern part of the island of Zealand (Sjælland) in eastern Denmark.

The area is characterized by sand and dunes, especially on its northern side facing the Kattegat, but also found in the central areas and in the south. Kikhavn on the northern side of the peninsula, not far to the east of the town of Hundested, is the oldest fishing village in the area.

Hundested is situated at the tip of the Halsnæs peninsula which projects west from the northwestern corner of North Zealand, forming the west side of the entrance to Issefjord. The south coast of the peninsula is fronted by two cliffs which at Store Karlsminde Klint rises to 33 metres. It is located opposite the northern tip of Horns Herred, defining Kulhuse Rende, the one kilometer long entrance to Roskilde Fjord. To the west of Store Karlsminde Klint is the lower Skuldslev Klint which continues for about 1 kilometer to Kynæs Harbour. in the southern part of Hundested. The cliffs have formerly been subject to continuous erosion but is now sheltered by the harbor. The erosion has resulted in a shallow-watered area with water depths of only about one metre. To the east of Store Karlsminde Klint is a low area with coastal meadows, Sølager, which further inland gives way to forested slopes.

The name Hundested is first mentioned in 1682 as Hundersted. Hunde- does not refer to “dogs” (Danish: Hunde) but to seals (Danish: Sælhunde) while -sted means “place”. The name supposedly comes from royal seal hunts on a stone reef known as the “dog (seal) reef”. The reef disappeared when the stones were used in the construction of some of the harbours on the nearby Øresund coast.

The Halsnæs peninsula was formerly the site of several villages. Kikhavn was a fishing village from at 16th century. In 1776, Frederiksværk‘s founder, Johan Frederik Classen, established Grønnessegård manor on the peninsula in 1776, shutting down the villages of Gryndese, Rorup and Fornerup

It is believed that the first building in present-day Hundested was a house for the local pilots built in the 1835.

A breakwater (Læmolen) was built at Hundested in 1862 and Lynæs Harbour was built in 1872. It soon developed into the most important fishing port on Zealand and was expanded several times before most of the fishing vessels moved to Hundested Harbour in about 1910. Most of the fish was sold to traders from Frederikssund before the railway which opened in 1916 provided easy access to Copenhagen by way of Hillerød.

The ferries to Rørvig began operating in 1927 and they were joined by the ferries to Grenå in 1934. The harbor attracted many new companies, including the fish auctions, an importer of coal, a canned food factory, dockyard and Hundested Motor Factory which for generations produced reliable engines for Danish fishing vessels. A new industrial district was established in the eastern outskirts of town, attracting several companies from the plastic and metal industries in the 1960s and 1970s. The harbor was expanded with a new ferry terminal in 1967, a new fraight terminal in 1987 and a new container terminal in 1995.

A downturn in the fishing industry in the 1980s hit Hundested hard and the fraight and passenger lines to Grenå ceased operations in 1996. 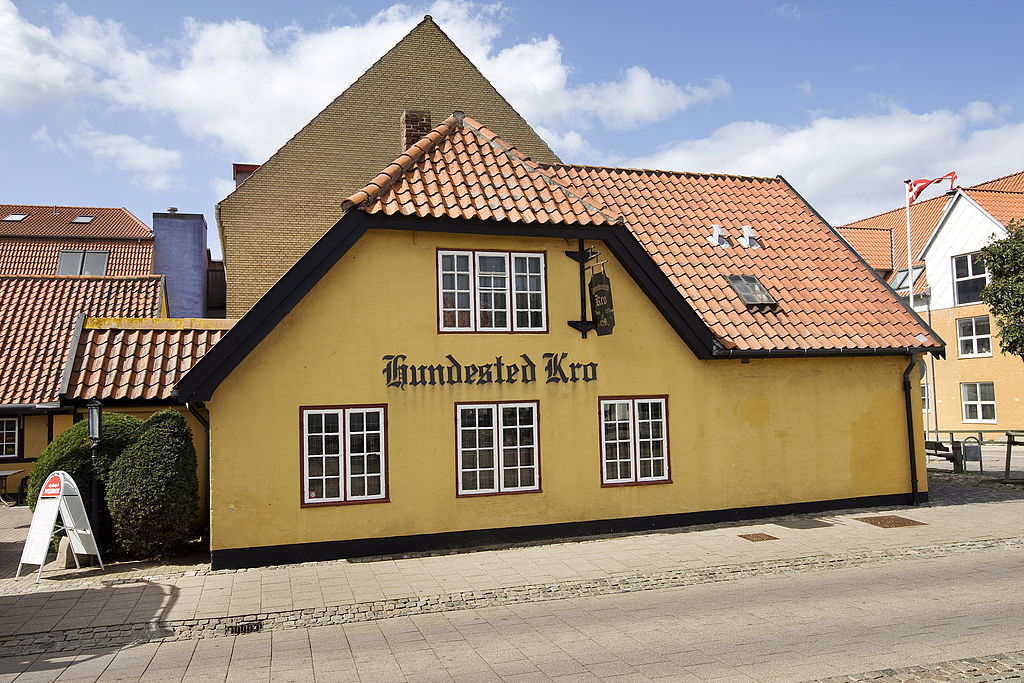 Tourism plays an increasing role in the town’s economy. The harbor is being promoted as a hub for arts and crafts with galleries and workshops. Glassmedjens was completed in 2008 and house a large glass workshop where glass blowers can be seen at work. An annual handicrafts market, Beddingen, takes place in June, attracting some 50 professional artists and craftsmen. Hundested is also home to an annual sand sculpture festival.

Accommodation is available at the traditional inn Hundested Kro as well as Skansegården. Halsnæs Bryghus is a local micro brewery and brew pub.

Port of Hundested is a member of Cruise Copenhagen Network and three international cruise ships from Saga Cruise og Fred Olsen Line are scheduled to berth at Hundested in 2016. 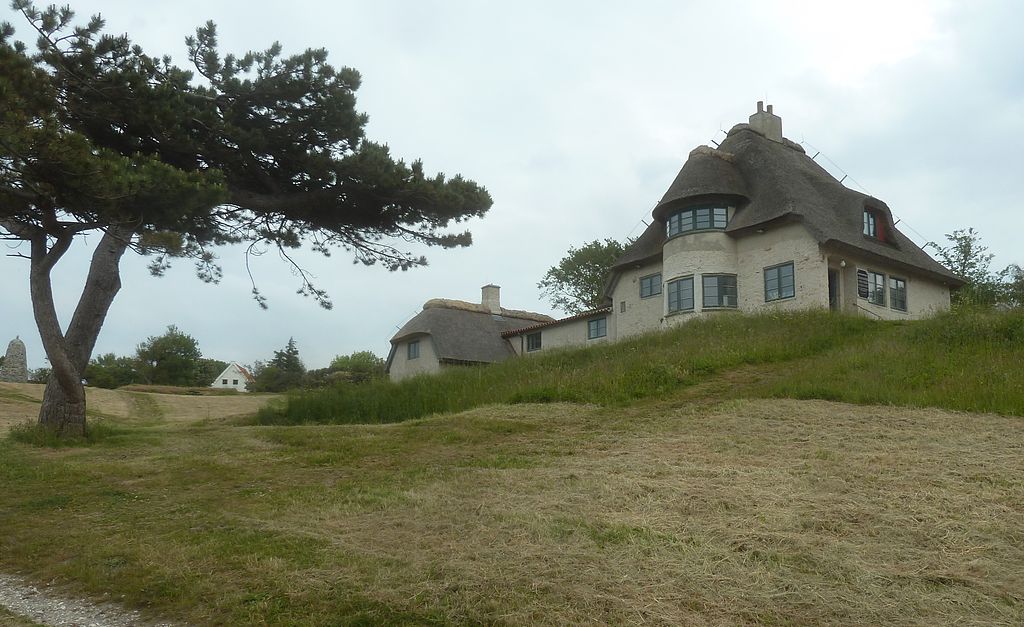 The Knud Rasmussens House was built for the polar explorer Knud Rasmussen who lived there between his many expeditions to Greenland. The house is situated 30 metres (98 ft) above the beach, and offers a beautiful view of the Kattegat. It has been turned into a museum dedicated to the explorer and his work. It is full of photographs and paintings of Greenland.

Ferry service in the area has a long history. When Lynæs Inn, south of the town of Hundested, was established in 1804, it was licensed as an inn catering to ferry passengers, although in those days the service was highly irregular.

The Frederiksværk Line connects Hundested with Frederiksværk, Hillerød and the Danish rail network. Hundested station is the principal railway station of the town. The town is also served by the railway halts Hundested Havn and Vibehus.