Schloss Miel is located in the district of Miel in the North Rhine–Westphalian municipality of Swisttal in the Voreifel (Eifel). 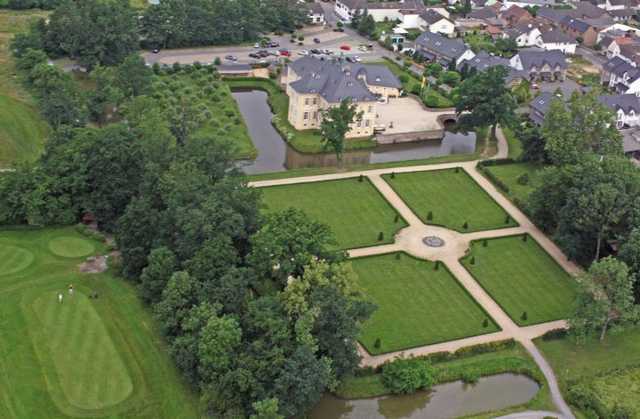 The Kurkölnische Minister of state and True Regent Kurkölns, under Elector Max Friedrich, Caspar Anton von Belderbusch, built a Baroque castle building in the place of an older water castle of the spies of Büllesheim in 1767 – 1772. Since 1782 raised to the Reich count of Belderbusch, he lived until his death in the year 1784 at the Castle Miel, his personal refuge. The building is modelled on a French hunting lodge in the style of Louis XIV. Because of a amorous liaison of the Minister of State with the abbess of the lady’s Abbey Vilich, Caroline von Satzenhofen, there was a room for this in the castle. 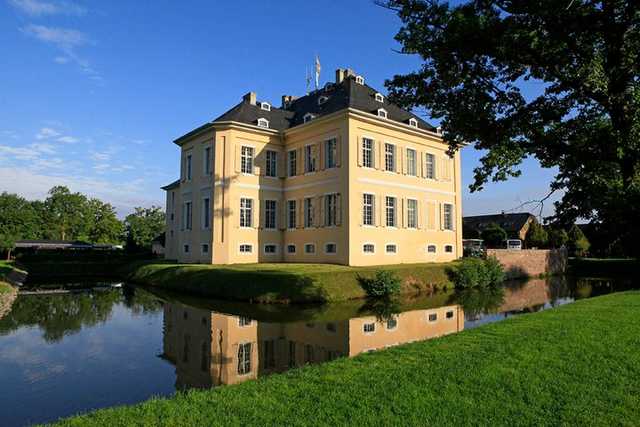 Since the exhibition tore in the sky in the year 2000 can be seen the interior of the then deeply renovated pleasure Castle (with noteworthy furnishings). Especially important is the garden Hall with the murals of the Bonn court painter François Rousseau.
Today the castle is used as a golf club.