Burg Trendelburg is a well-preserved castle complex in the district of Kassel, North Hesse, above the town of Trendelburg. 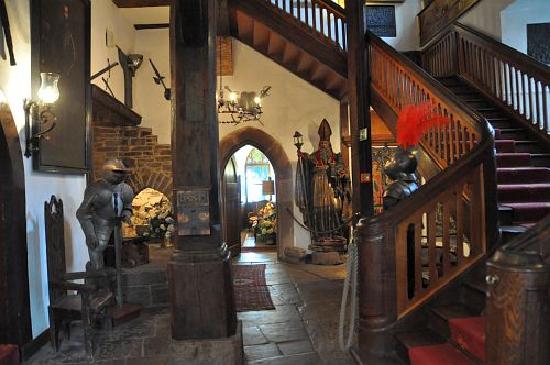 The Castle Trendelburg lies west of the Reinhardswaldes in the Hofgeismarer Rötsenke, which stretches between Vellmar in the south and Bad Karlshafen in the north.
The Spornburg, located at 172 m above NHN, is situated on a steep slope to the Diemel (river) sloping mountain ridge of sandstone on three sides. To the west, the terrain is only slightly down. The medieval town of Trendelburg, with its Gothic church and historic Town Hall, is located to the castle walls. Parts of the city walls are preserved or reconstructed. 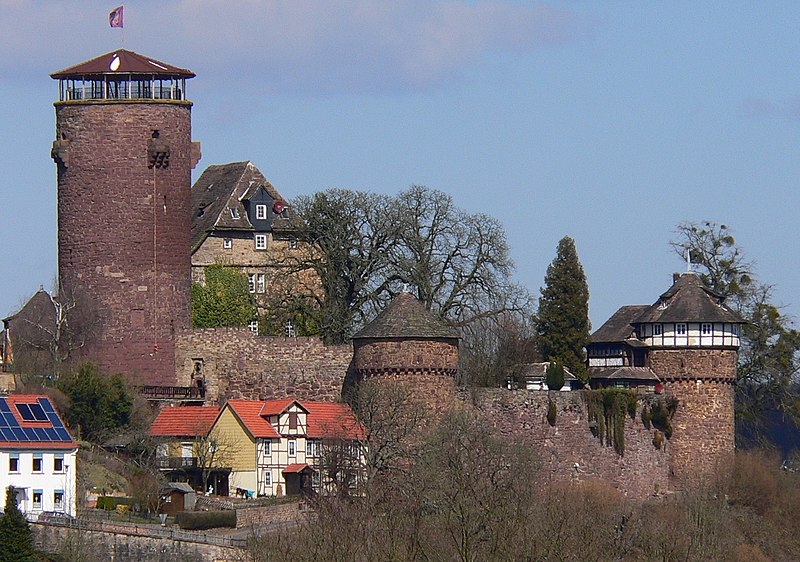 The castle complex of the Trendelburg is a unit of fortress located at the highest point of the mountain and a fortified settlement. The ground plan of the castle is trapezoidal.
It was surrounded by a moat filled today and a wall. The well is no longer localizable. According to tradition, a born was in the throat ditch.
The castle is separated from the rocks by a trench from the rock to the houses of the village. There was a connection via a wooden footbridge with drawbridge. Thus one reached through a low gate into the courtyard. The mighty, called Rapunzelturm, which is above 40 m high, has up to 7 m thick walls and over 130 steps, is integrated into the Western Wall. It has an escape entrance from the courtyard and a dungeon.
Four Pechnasen served the defense. Three original loopholes are preserved in the Western Wall. The restored and tin-plated wall is walkable. Opposite is the main gate, formerly reachable via a drawbridge. Today’s driveway is flanked by two corner towers. A spire is destroyed. The other tower is equipped with a truss attachment.
The gatekeeper used to live here and the city prison was in the tower. Two more towers reinforce the vertices of the castle wall. In one is a departing, the castle toilet, seen from the outside. The roofs of the main building, called the firm House, as well as the three corner towers are still covered with sandstone slabs. Three floors are expanded. In the stair tower, it is still visible, was a spiral staircase. An extension of the building, which served as an office and court House, took place after the Thirty Years ‘ War, when Landgrave Karl had more floors on the castle chapel. The oak staircase was built, replacing the old spiral staircase. 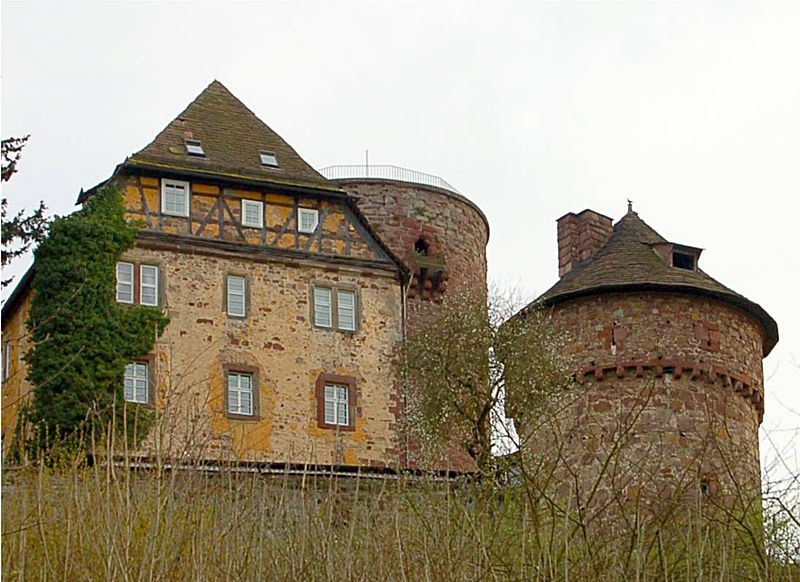 The original Saxon territory was conquered by Charlemagne. Since then it belonged to the Diocese of Paderborn and to 1021 to the county of Warburg. A certificate in the State Archives of Münster from the Liber vitae of the monastery Corvey mentions Trendelburg, “Drendelborch” in the 13th century.
The counts of Schöneberg dominated until 1306 the area of Hofgeismar in the south to Deisel in the north. Konrad III of Schöneberg (1249 – 1311) built the castle Trendelburg on a sandstone rock in an exposed place. Here, important trade routes crossed the Ford via the Diemel. Konrad committed himself to the Archbishop of Mainz from Atonement 1303 to military service. Shortly thereafter he lost his castle to the Diocese of Paderborn in battle. In 1306 peace was closed Trendelburg Common Office and Court of the Diocese of Paderborn and the Hessian count Heinrich I. The widow Maria von Schöneberg sold 1429 fief and these historic premises to the Hessian counties. After a long war with Paderborn, Trendelburg 1465 finally got into Hessian possession under Landgrave Ludwig II and received 1472 from him the city rights granted.
In the Thirty Years ‘ War (1618 – 1648), the army of Tillys repeatedly stormed the Protestant Trendelburg and burned the place down. The plague raged among the inhabitants. After the end of the war, Landgrave Karl extended the main building and built the castle into a fortified hunting lodge.
In the Seven Years ‘ War (1756 – 1763), French troops first occupied the castle under Colonel Pereuse. A bitter fight against the army of Duke Ferdinand, in which the castle was fired with mortars and guns, led to the defeat of the 300 defenders.
The important offices such as Rentamt and court were relocated in the 19th century. So the castle lost its meaning so far. It served as the seat of the Prussian forestry office.
1901 bought the family Adalbert von Stockhausen, whose ancestors in Wülmersen and in the manor have been associated with the Trendelburgs for centuries, the castle and set it up as a castle.
1949 began the conversion to the Burghotel. A restaurant area was built between the Western Wall and the main house and hotel rooms were furnished from the first floor to the attic. A corner tower with a truss tower at the main gate was extended to the wedding towers. 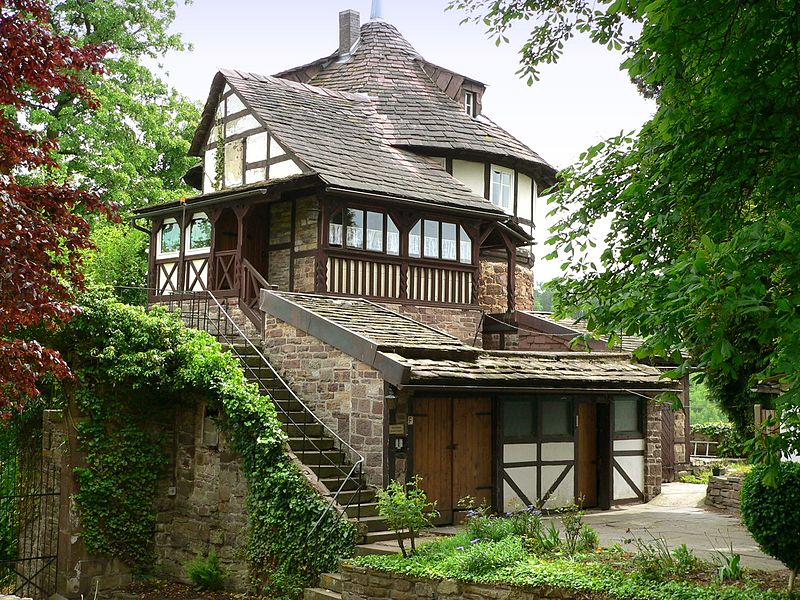 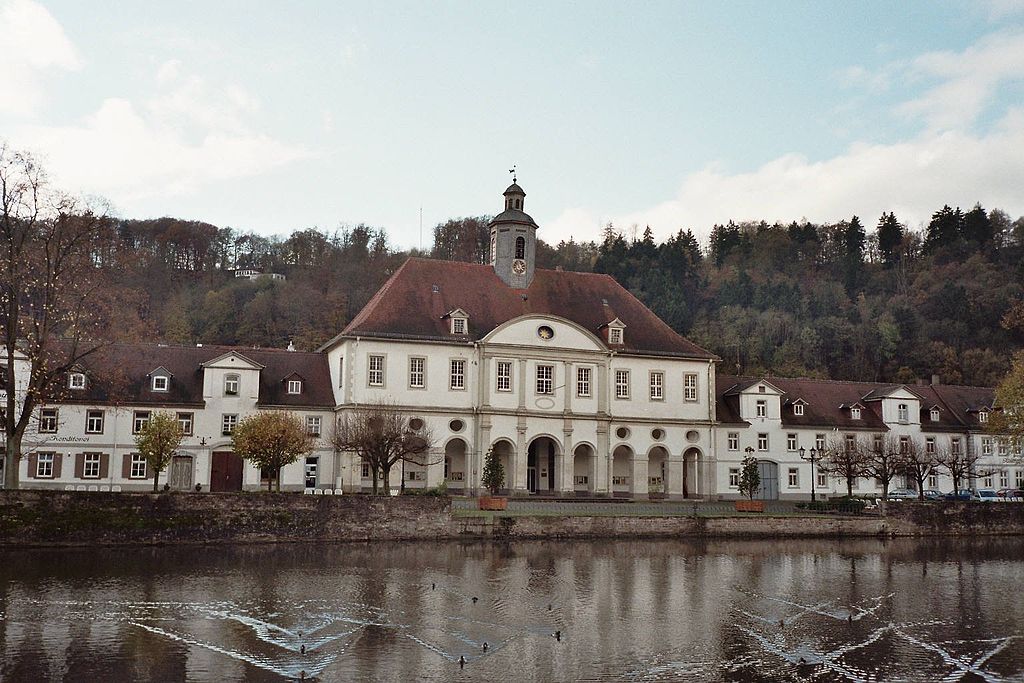 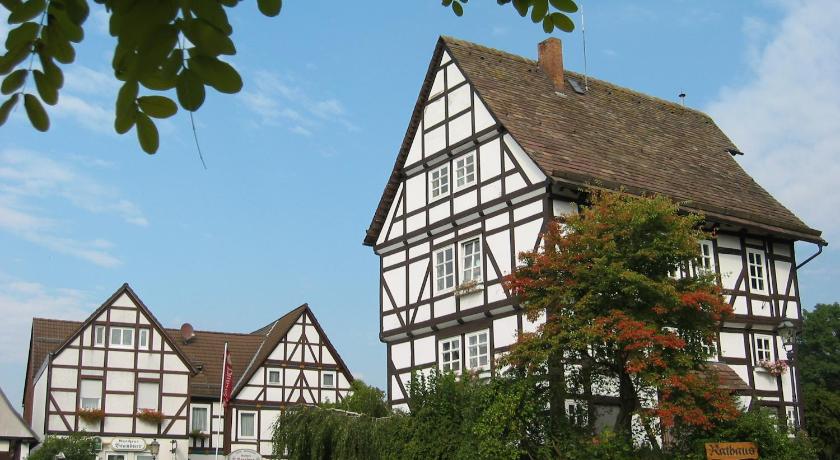