They were both of a considerable size, considering how short their time they were to exist. At Codan Yard, two beddings were built for wooden ships and three for concrete ships. In the busiest periods, some 200 shipyard workers were employed here. It has left its mark on the small market town where, among other things, the was built housing for the many shipyard workers. In eastern sand Søndermarksvej, Nordre and Søndre shipyards were built and Codan’s houses came on Norgesvej.

Lack of building materials and rising steel prices, the creative people at Codan Shipyard got to think in non-traditional courses. Here, the attempt was made to build ships in reinforced iron concrete. It was an experimental method in these years.
Codan shipyard was among the first to exploit this material in Denmark. In 1918, “Triton” was built and it was then Europe’s largest iron concrete ship at 60 meters.
However, the iron concrete ships were never a success. It turned out that the ships could not withstand the vibrations of the diesel engines. It only built 2 of these ships before the shipyard closed in 1921. When the war ended, the prices of steel and completed ships again fell to a normal lease.
The investors behind the shipyards had had enormous capital expenditures, and both were inevitably bankrupt.

The concrete ship Triton is seen here in Køge Harbour with Nordre Kaj (North Quay) in the background.

Værftsgården on Østre Sandmarksvej was rapidly erected to provide housing for the many inflowing shipyard workers.

The natural harbour and strategic location have given Køge a long history as a market town. Today, that past is evident in a well-preserved old town centre with many half-timbered houses.

Køge is in the Copenhagen metropolitan area and is connected to downtown Copenhagen by the E line of the S-train commuter rail system. Køge is also on a new rail line under construction between Copenhagen and Ringsted, and due for completion in 2018 (inauguration May 2019). The new line will make Køge a central hub in Denmark’s transport system. 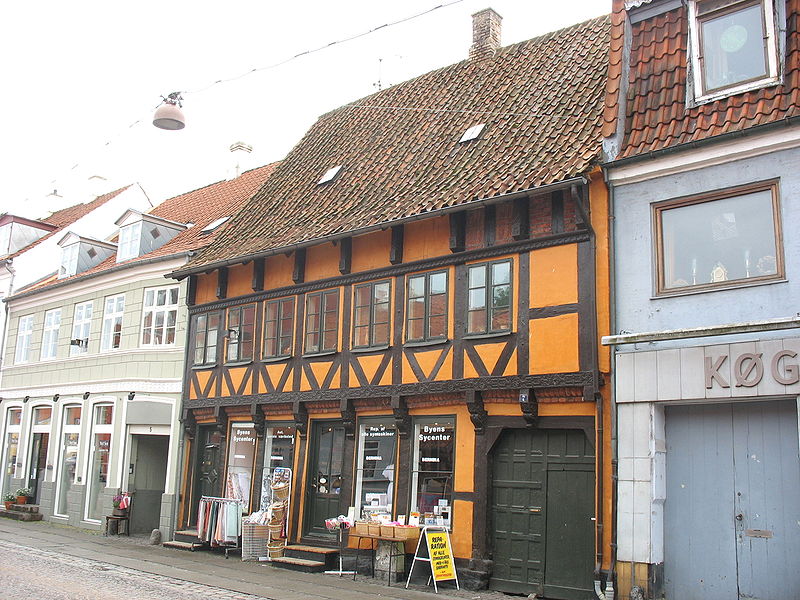 Like most Danish cities, the origins Køge precedes written history. Køge was first recognized as an official market town in 1288, as a contrast to the ecclesiastical center at that time – Roskilde, and was an important merchant town during the late Middle Ages.

During the local witchhunt, called Køge Huskors (1608–1615), at least 15 people were convicted of witchcraft and burned at the stake. Køge suffered during the wars between Denmark and Sweden (1643–1720). In 1807, the town and surrounding area was the scene of the Battle of Køge between British and Danish troops. Køge remained a small town until the late 19th century, when industrial development and population growth began. Today, Køge is the main part of the 18th largest urban area in Denmark.

Køge is located at the bottom of Bay of Køge, demarcated by Copenhagen to the north and the Stevns Peninsula to the south, where Køge Å (Køge Creek) meets the sea.

Apart from Køge proper, the town’s urban area consists of the suburbs of Køge Nord (Ølby Lyng and Ølsemagle Lyng) to the north and Hastrup and Herfølge to the south. 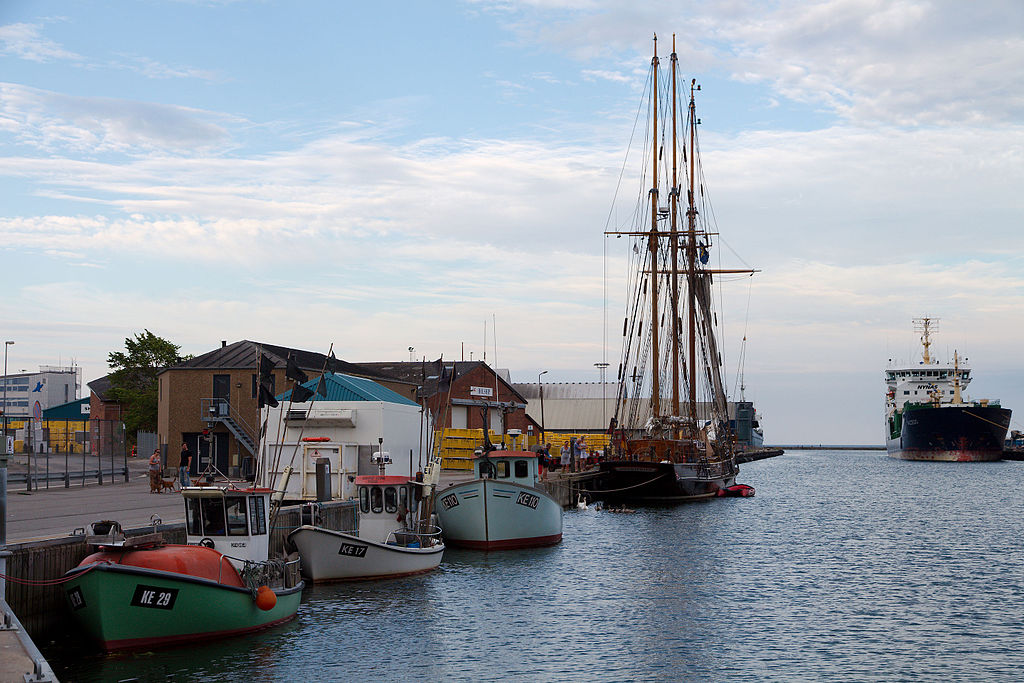 The port is directly connected with the Scandinavian Transport Centre, a large business park on the northwestern outskirts of Køge, where – among others – the headquarters and the Danish distribution centre of the multinational, Danish-founded, discount supermarket chain Netto is located. 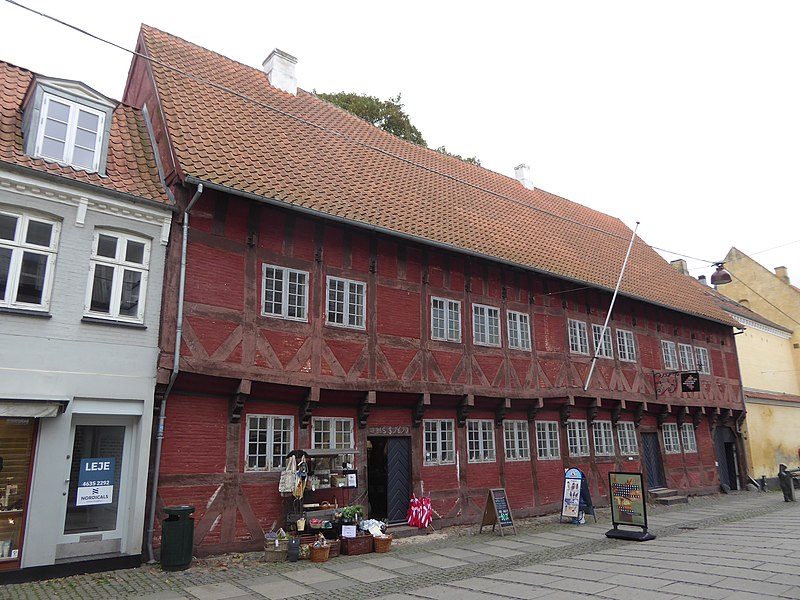 Køge Museum is located at 4 Nørregade in a preserved former merchant’s house from the year 1619. Further down the street, in No. 29, lies KØS Museum of art in public spaces. It is the only art museum in Denmark dedicated specifically to sketches and models for art works in the public realm. Among its holdings is the original model for The Little Mermaid in Copenhagen.

The historical architecture of the town centre is one of the major attractions of Køge.

The oldest dated half-timbered house in Denmark, which is also the oldest dated non-nobility and non-religious building of the nordic countries, can be found in Køge. It was built in 1527. Originally a section of a row of hovels, it is now a part of the public library. Pictures can be found in the gallery. The Third largest Viking Ring Fortress was found near the city of Køge, Denmark. 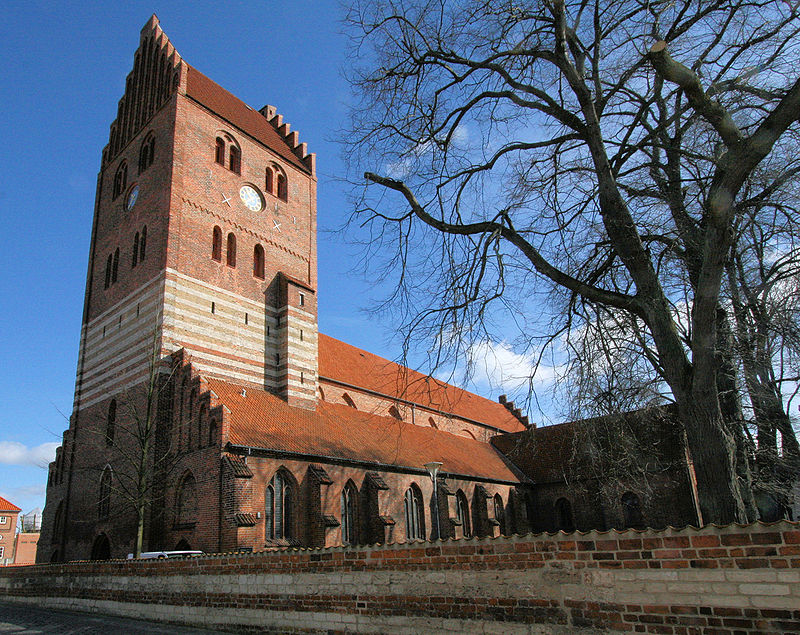 Near the house is Sankt Nicolai Church (picture above). The tower of the church contains a lighthouse, the first to be built in Denmark.

Køge’s town hall dates from 1552 and is the oldest town hall in Denmark still in use as such. 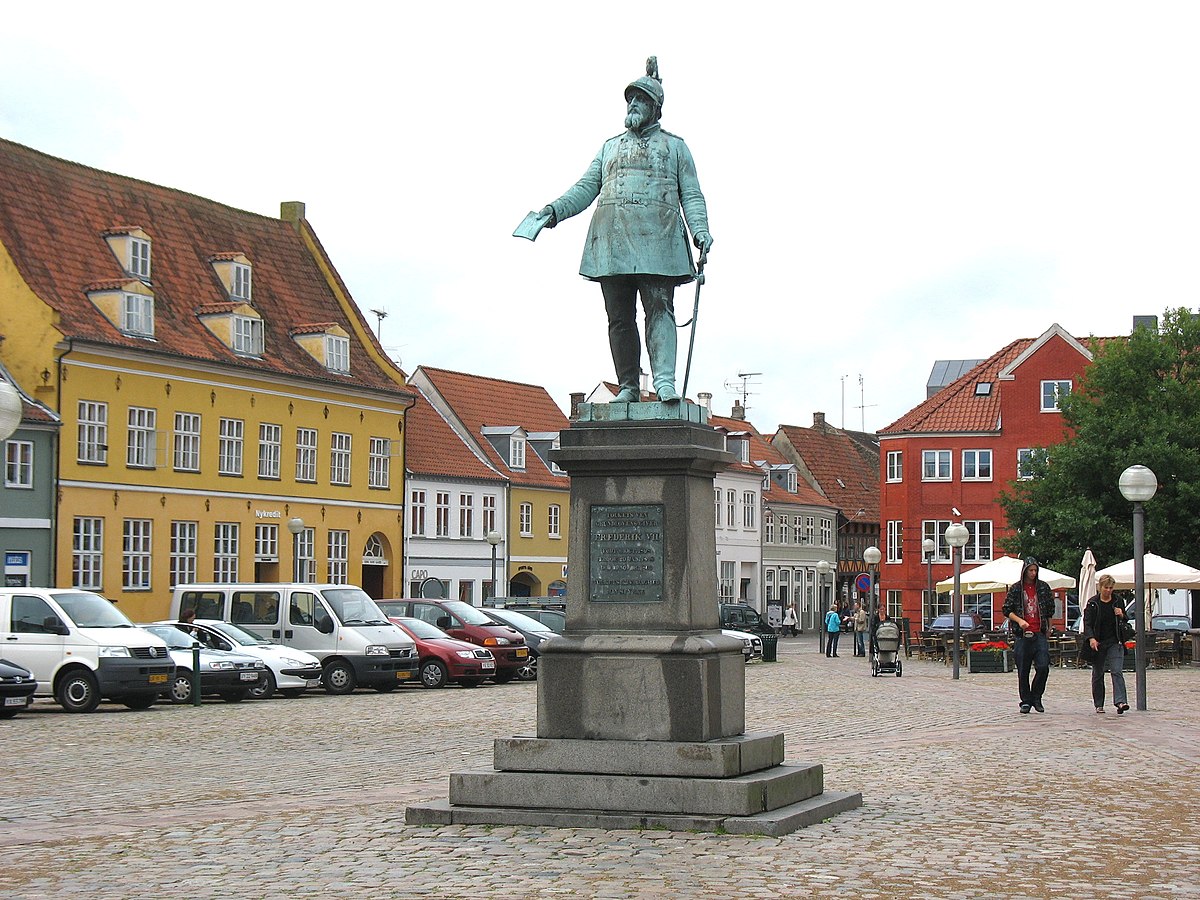 The Port of Køge is one of the oldest ports in Denmark but has been modernised over the last few years. Since 2002, there has been a ferry connection to Rønne on the Baltic island of Bornholm, operated by BornholmerFærgen. 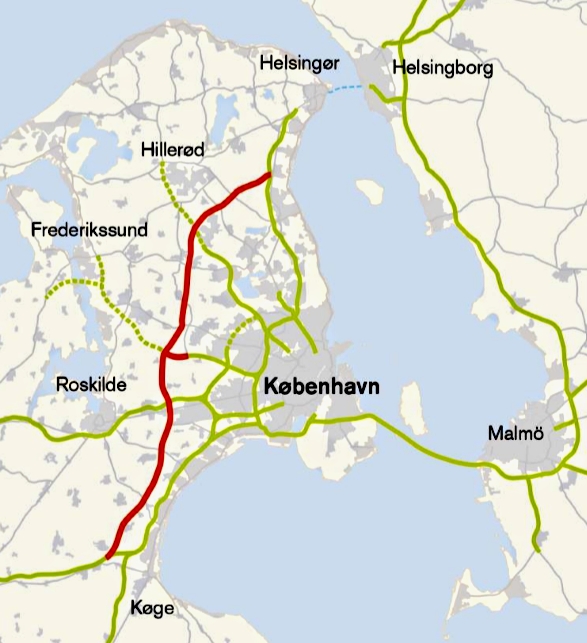 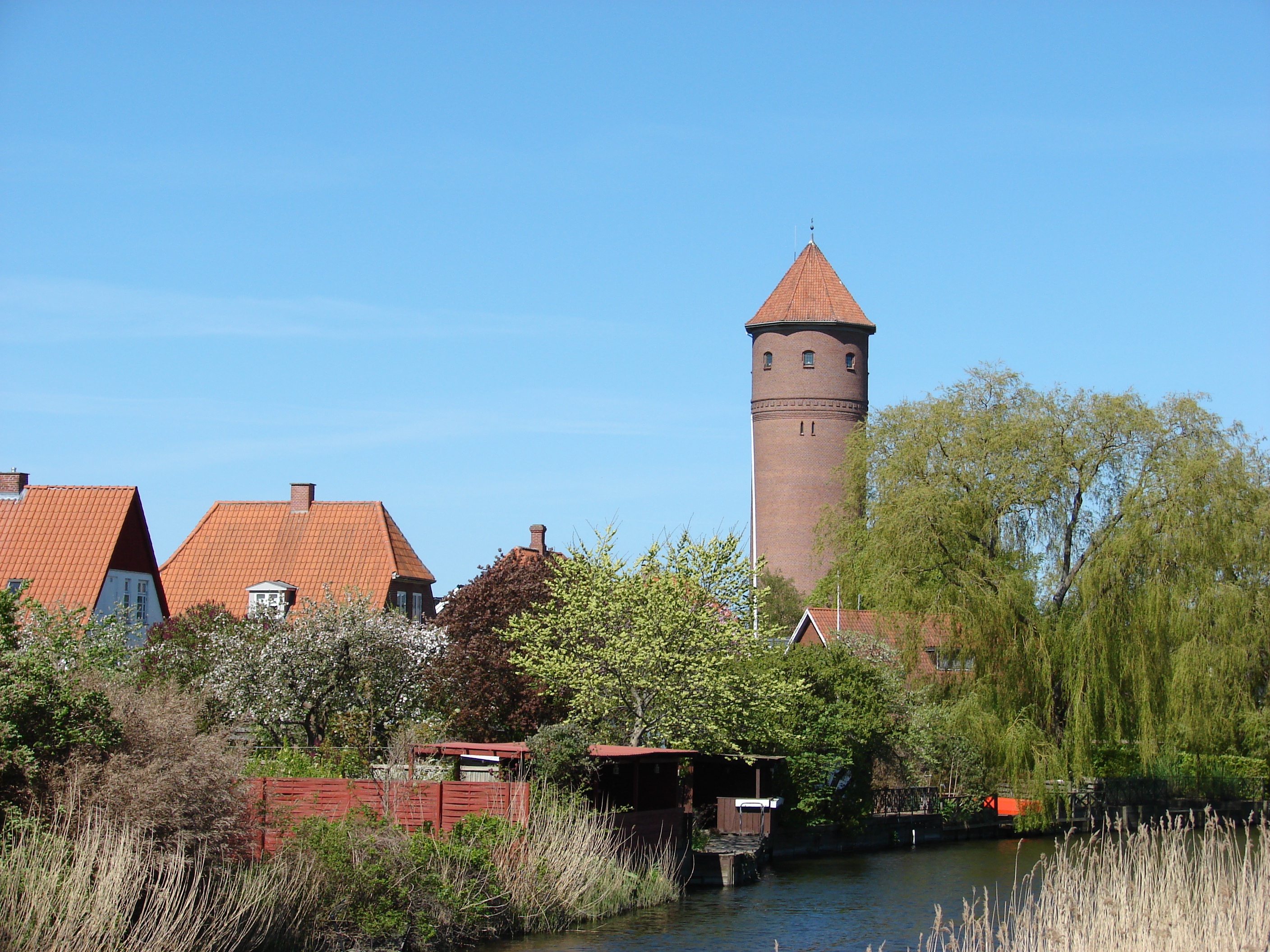 A hospital campus surrounded by a circular treeline (above).