Dragehuset (The Dragon House), Bjerre Sandholmgårdsvej, Valby Copenhagen. 2010.
The house has previously been at the Swedish church in Østerbro. When the road was to be expanded in 2005 the house had to go away. It was acquired, taken down and has now been rebuilt in Valby at Carlsberg.
The house was built in 1905 and has also been used for the world exhibition in Copenhagen.
Source

The Olsen Gang’s Big Score (Danish: Olsen-bandens store kup) is a 1972 Danish comedy film directed by Erik Balling and starring Ove Sprogøe. The film was the fourth in the Olsen Gang-series.

The State Prison in Vridsløselille

The Gefion Fountain (Danish: Gefionspringvandet) is a large fountain on the harbour front in Copenhagen, Denmark. It features a large-scale group of animal figures being driven by the Norse goddess Gefjon. It is located in Nordre Toldbod area next to Kastellet and immediately south of Langelinie. 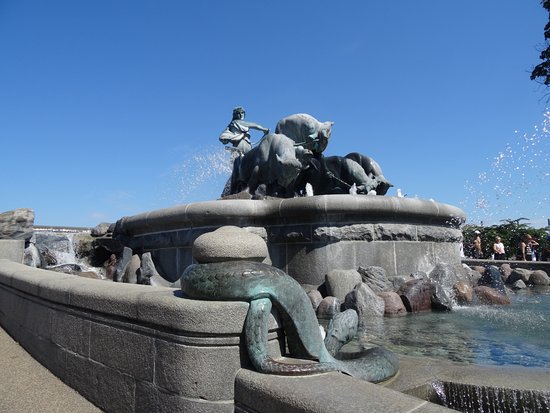