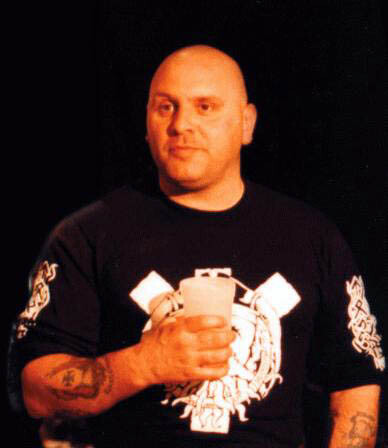 Ian Stuart Donaldson (11 August 1957 – 24 September 1993), also known as Ian Stuart, was a white nationalist musician from Poulton-le-Fylde, Lancashire. He was best known as the frontman of Skrewdriver, an English punk rock band which, from 1982 onwards, he rebranded as a Rock Against Communism (RAC) band. He raised money through RAC concerts with his Blood and Honour network.

Ian Stuart Donaldson attended Baines School in Poulton, where he met Sean McKay, Phil Walmsley, and John Grinton. They formed the cover band Tumbling Dice, who played songs by the Rolling Stones and other bands. In 1975, they formed Skrewdriver, a band that gained a reputation for attracting violence at their concerts.

After the original Skrewdriver lineup parted ways in 1979, Donaldson formed a new lineup and began to write songs for a white nationalist audience. The new version of Skrewdriver openly promoted far-right groups such as the National Front and raised funds for them (and affiliated organisations) through the White Noise Records label.

Skrewdriver became known for its involvement in the white nationalist movement and its associated music genre, Rock Against Communism. In 1987, Donaldson founded Blood and Honour, a National Socialist network that distributes white nationalist music and organises concerts.

Donaldson also became leader of two other bands, the Klansmen (a rockabilly band) and White Diamond (a hard rock/heavy metal band), and he released several solo albums. Along with Skrewdriver guitarist Stigger (Stephen Calladine), he recorded the albums Patriotic Ballads volumes 1 and 2, which included covers of traditional folk songs such as “The Green Fields of France“. Donaldson’s voice also appeared in the song “The Invisible Empire” (whose title refers to the Ku Klux Klan) on the 1989 album See you in Valhalla by RAC band No Remorse.

On the night of 23 September 1993, Donaldson was in a car crash [?] in Derbyshire that resulted in his death the following day, at the age of 36. A friend of the band died at the crash scene.

“No longer will weaklings rule the White Man by lies and deceit, but, the warrior will make his comeback,
and rule by strength, honesty and love for his race.”
– IAN STUART 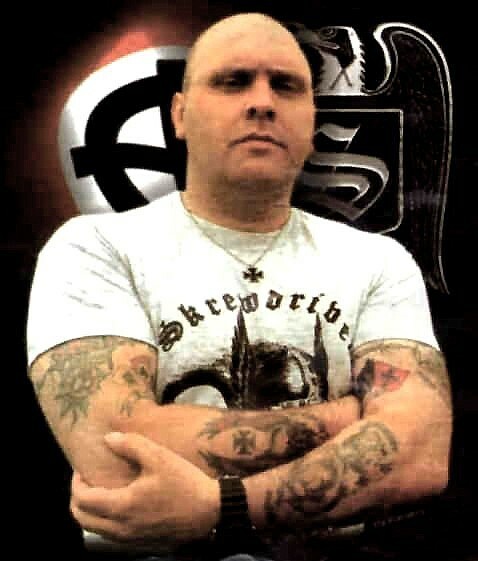 Links to earlier posts on this blog:

The Snow Fell (in different versions and with lyrics)

Road To Valhalla (in different versions and with lyrics)

Ian Stuart and Stigger Our Time Will Come (with lyrics)

Ian Stuart & White Diamond – The Power and The Glory