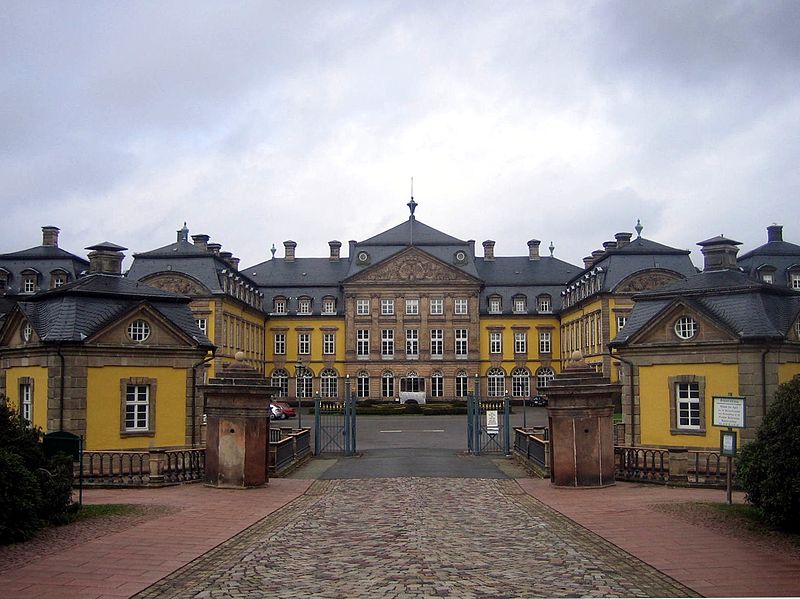 Arolsen Castle (German: Residenzschloss Arolsen) is a baroque-style schloss in Bad Arolsen, Hesse, Germany. The castle is now a museum, and it is still inhabited by Wittekind, Prince of Waldeck and Pyrmont and his family.

Built during the early 18th century, the castle’s main building was completed in 1728. The furnishings, equipment, furniture, remained for several decades until the castle was finally handed over to its use.

Built in 1840, the Fürstlich Waldecksche Hofbibliothek (Princely Waldeck Court Library) today contains virtually all literature of the 18th century in relevant fields of knowledge. The collection focuses on the Universal geography, history, literature, and militaria.

The library is known for its “tape” books or “klebeband” books. These are blank books that could be filled with engravings that were popular among notability. The Arolsen books are still intact, while many others have been disassembled in the past. These have been digitised by a society created specifically for this purpose.