According to Wikipedia there is only three African countries that use national identity number. Gambia, Nigeria and South Africa.

A national identity card system was initially conceived in 1977 but the project did not see the light of the day. In 2003, a new scheme managed by the Directorate of National Civic Registration (DNCR) was initiated and about 54 million Nigerians were registered, however, the scheme failed to meet official expectations and was also hampered by allegations of corruption and embezzlement of funds. The National Identity Management Commission came into effect in 2010 and an initial budget of about 30 billion naira was appropriated in the 2011 federal budget. The commission subsequently entered into an agreement with the National Database & Registration Authority of Pakistan to develop computerized national identity cards for Nigerians. The commission also partnered with two consortiums, the first led by Chams Nigeria and the second, OneSecureCard consortium composed of Interswitch, SecureID, and Iris Technologies to provide data dapture services.

There is no legal requirement in UK to obtain or carry any identification document or other proof of identity, however some form of identification is required for many things like renting a flat.

A National Insurance number, generally called an NI Number (NINO), is used to administer state benefits, but has not gained the ubiquity of its US equivalent, and is, quite rightly, not considered proof of identity. As it is the only number that is unique to each individual, does not change during the course of the person’s lifetime, and is issued to virtually every adult throughout the UK, it is used by Her Majesty’s Revenue and Customs (HMRC) to track individuals for income tax purposes. The number is stylised as LL NN NN NN L, for example AA 01 23 44 B.

Each baby born in the England and Wales is issued a National Health Service number, taking the form NNN-NNN-NNNN, for example 122-762-9257 (the last number being a check digit). They were formerly of the style “LLLNNL NNN”, for example KWB91M 342, which continued patterns used in World War II identity cards. However, due to the decentralized nature of local NHS organizations issuing the numbers, some patients have been allocated several numbers, the ratio is more often more (one person:many numbers) than (one person:one number). The National Programme for Information Technology (NPfIT) has also shown that one person can have many numbers, although measures are being undertaken to fix duplicates in the data.

Babies born in Scotland are issued a CHI (Community Health Index) number, taking the form DDMMYY-NNNN, with the DDMMYY representing their date of birth and a four digit unique number thereafter (e.g. someone born on 1 January 2010, would have the number 010110-NNNN, with the four digit number allocated upon entering newborn details on to the local health board’s patient administration system). The second last N is even for females and odd for males.

In Germany, there is no national identification number in the full meaning of the term. Until 2007 only decentralized databases were kept by social insurance companies, who allocate a social insurance number to almost every person.

Since 2008 new Taxpayer Identification Numbers (German:Steuerliche Identifikationsnummer or Steuer-IdNr) replace the former Tax File Number. Persons who are both employees and self-employed at the same time may receive two taxpayer identification numbers. The corresponding number for organizations, also issued by the tax administration, is named economy identification number (Wirtschafts-Identifikationsnummer). These numbering concepts are national systems, organized by the Federal Central Tax Office. For special purpose further value-added tax identification numbers are issued for persons and organizations that are subject to paying VAT as a deduct from their revenues. This is a Europe-wide unified concept. Additionally for all persons joining the military service, a Service Number is issued.

None of these numbers are commonly used for other than their specific purpose, nor is such (ab)use legal. German identity documents do not contain any of the mentioned numbers, only a document number. People are not expected to know their number when dealing with an authority, so there are some troubles about people being mismatched.

For some time, the West German government intended to create a 12-digit personal identification number (Personenkennzeichen, PKZ) for all citizens, registered alien residents on its territory, as well as for all non-resident “Nazi” victims entitled to compensation payments. The system, which was to be implemented by the 1973 federal law on civil registry, was rejected in 1976, when the Bundestag found the concept of an identification system for the entire population to be incompatible with the existing legal framework. In East Germany, a similar system named Personenkennzahl (PKZ) was set up in 1970 and remained in use until the state ceased to exist in 1990.

When applying for the Visa Waiver Program

As Germany is part of the Visa Waiver Program German citizens can enter the USA for up to 90 days without the need of a visa. In order to participate in this program it is required to fill out an online form called ESTA. This formular specifically asks German citizens about a national identification number. US authorities expect to provide the document number of the German identity card.

On November 24, 1936, 1,074 of the nation’s 45,000 post offices were designated “typing centers” to type up Social Security cards that were then sent to Washington, D.C. On December 1, 1936, as part of the publicity campaign for the new program, Joseph L. Fay of the Social Security Administration selected a record from the top of the first stack of 1,000 records and announced that the first Social Security number in history was assigned to John David Sweeney, Jr., of New Rochelle, New York.

Before 1986, people often did not obtain a Social Security number until the age of about 14, since the numbers were used for income tracking purposes, and those under that age seldom had substantial income. The Tax Reform Act of 1986 required parents to list Social Security numbers for each dependent over the age of 5 for whom the parent wanted to claim a tax deduction. Before this act, parents claiming tax deductions were simply trusted not to lie about the number of children they supported. During the first year of the Tax Reform Act, this anti-fraud change resulted in seven million fewer minor dependents being claimed. The disappearance of these dependents is believed to have involved either children who never existed or tax deductions improperly claimed by non-custodial parents. In 1988, the threshold was lowered to 2 years old, and in 1990, the threshold was lowered yet again to 1 year old. Today, an SSN is required regardless of the child’s age to receive an exemption. Since then, parents have often applied for Social Security numbers for their children soon after birth; today, it can be done on the application for a birth certificate. 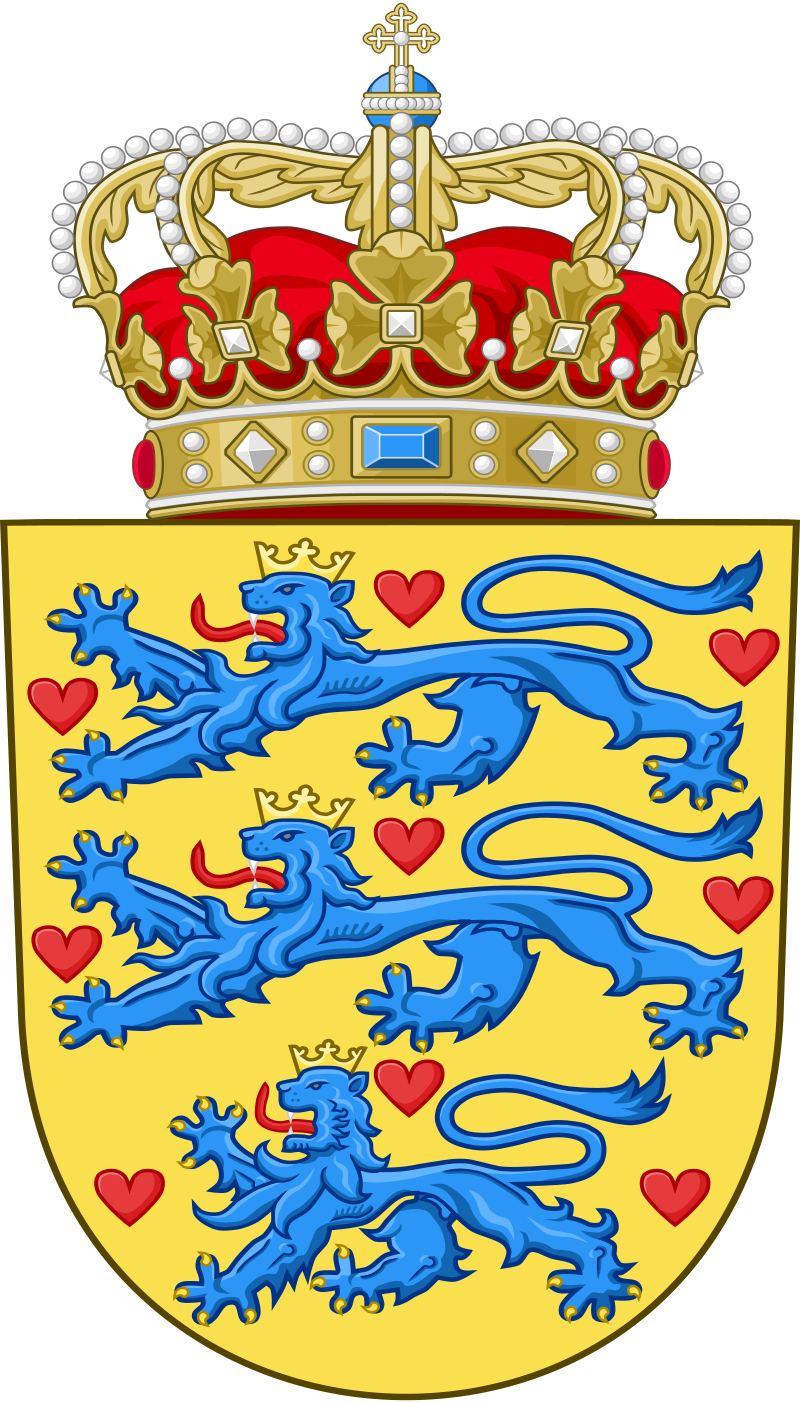 A Personal Identification Number (Da. CPR, Det Centrale Personregister) in Denmark is used in dealings with public agencies, from health care to the tax authorities. It is also used as a customer number in banks and insurance companies. People must be registered with a CPR number if they reside in Denmark, if they own property or if they pay tax.

In Denmark, there has been a systematic registration since 1924, however it was in 1968 that the electronic CPR register was established.

Prior to 2007, the last digit was also a check digit such that less than 240 SSSS values were available for any given combination of gender and date of birth, but due to an administrative practice of assigning Jan 1 and similar dates for immigrants with unknown date of birth, any SSSS value consistent with gender and century of birth may now be issued, even for birth dates prior to 2007.

Companies and other taxable non-humans are issued an eight-digit “CVR” number which is a mostly sequential number, there is no defined rule preventing the issuance of a CVR number with the same digits as a CPR number of an unrelated person, so the type of number must always be indicated, but CPR are always 10-digit and CVR 8-digit. VAT registration numbers for Danish companies are simply “DK” followed by the CVR number, but far from all CVR numbered entities are VAT registered (companies with no need for a VAT number, such as holding companies, typically do not request a VAT registration for their CVR).

Foreigners who are not eligible to get a CPR-number, but who need one, includes persons who have witnessed a crime, persons who have been charged with a crime, or are victims of a crime. These persons are registered with a CPR-number with the format: DDMMYY-XXXX where XXXX are four letters instead of four numbers.