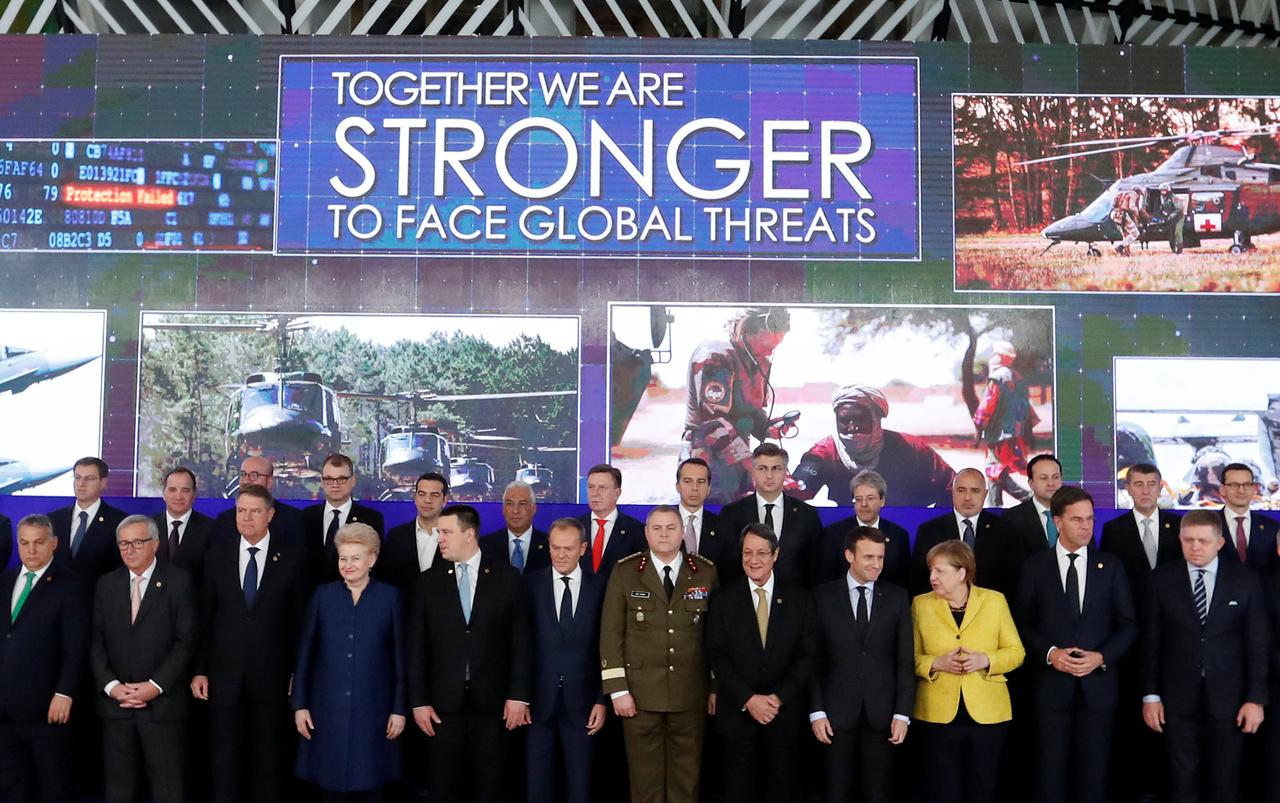 EU Defence Pact | Who is in?

23 out of 28 EU states signed the declaration in Brussels on 13 November. Britain, Denmark, Ireland, Malta, and Portugal stayed out.

Countries that signed the declaration:

First blocked by the French parliament in the 1950s and later by Britain, which feared creation of an EU army, the pact aims to end the squandering of billions of euros by splintered defense policies.

It is also aimed at lowering Europe’s heavy reliance on the United States.

U.S. President Donald Trump’s criticism of low European defense spending, a host of divisions on foreign policy, and Trump’s warnings to allies that they could no longer rely on the United States if they did not pay up, have also played a role.