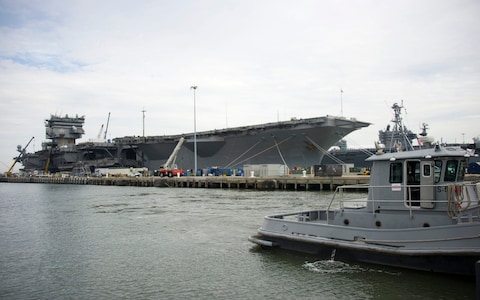 The Pentagon has announced it is re-establishing a naval fleet that will bolster the US and Nato presence in the Atlantic Ocean, amid rising tensions with Russia.

Outlines of the plan were approved at the February meeting of Nato defence ministers, as part of a broader effort to insure the security of the sea lanes and lines of communication between Europe and North America.

The decision reflects escalating worries across Europe and within Nato over Russia’s increased military presence and patrols in the Atlantic region. Under the new plan, the US will set up Nato’s new Atlantic Command headquarters in Norfolk, Virginia.