The Holsten Gate (“Holstein Tor”, later “Holstentor”) is a city gate marking off the western boundary of the old center of the Hanseatic city of Lübeck. Built in 1464, the Brick Gothic construction is one of the relics of Lübeck’s medieval city fortifications and one of two remaining city gates, the other being the Citadel Gate (“Burgtor“). Known for its two-round towers and arched entrance, it is regarded today as a symbol of the city. Together with the old city centre (Altstadt) of Lübeck it has been a UNESCO World Heritage Site since 1987. 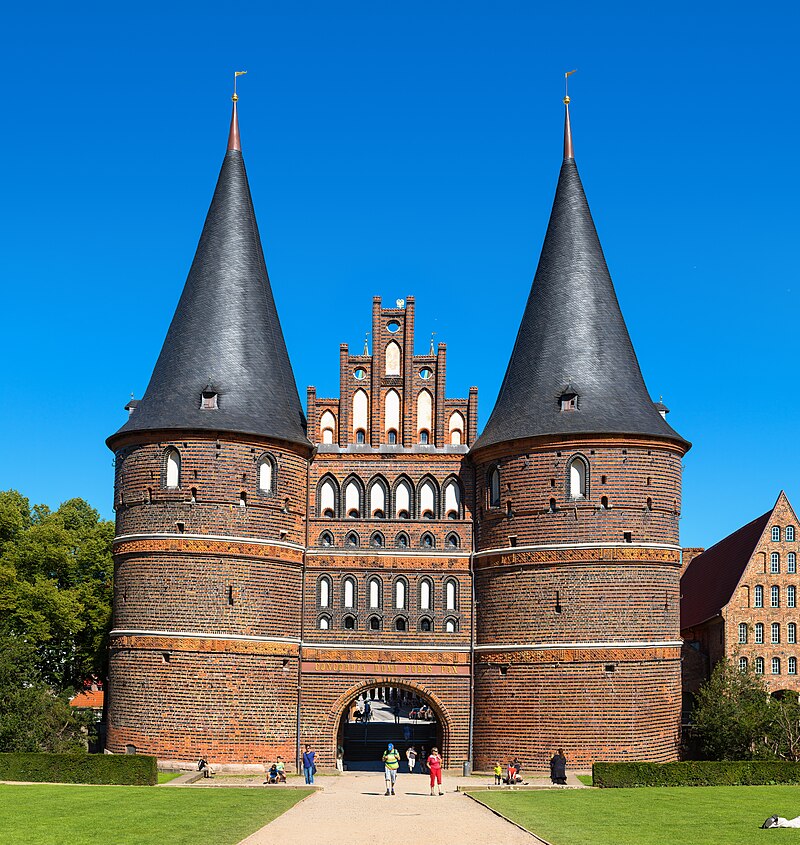 Since the towers continued to slant and their collapse could still not be ruled out, a second restoration became necessary. This occurred in the years 1933-34, during which the Holsten Gate was stabilized so that it finally stood firm. In this final restoration, reinforced concrete anchors were used to secure the towers, which were girded by iron rings.

The NSDAP turned the Holsten Gate into a museum. It was called the Hall of Honor and Glory, and was supposed to represent Lübeck and German history from the perspective of NSDAP ideology.

In the second half of the 20th century minor repairs were made to the Holsten Gate which are no longer in line with current standards for architectural conservation.

This should be the gate to Denmark, again!