Nollendorfplatz is a Berlin U-Bahn station located on the U 1, the U 2, the U 3, and the U 4. It opened in 1902 and today is the only station in Berlin that is served by four metro lines (also the only one where all Kleinprofil (small profile) lines stop).

During the Second World War, the station was badly damaged on 28/29 January 1944, and flooding of the station facilities, caused by a water pipe break, where the constructive damage is limited on 19 July 1944. Air pressure was damaged on 24 February 1945 and the ceiling collapsed before the surrender of Germany. The construction of the Wall interrupted before the subway station Potsdamer Platz the route in the eastern sector direction Pankow (Vinetastraße). 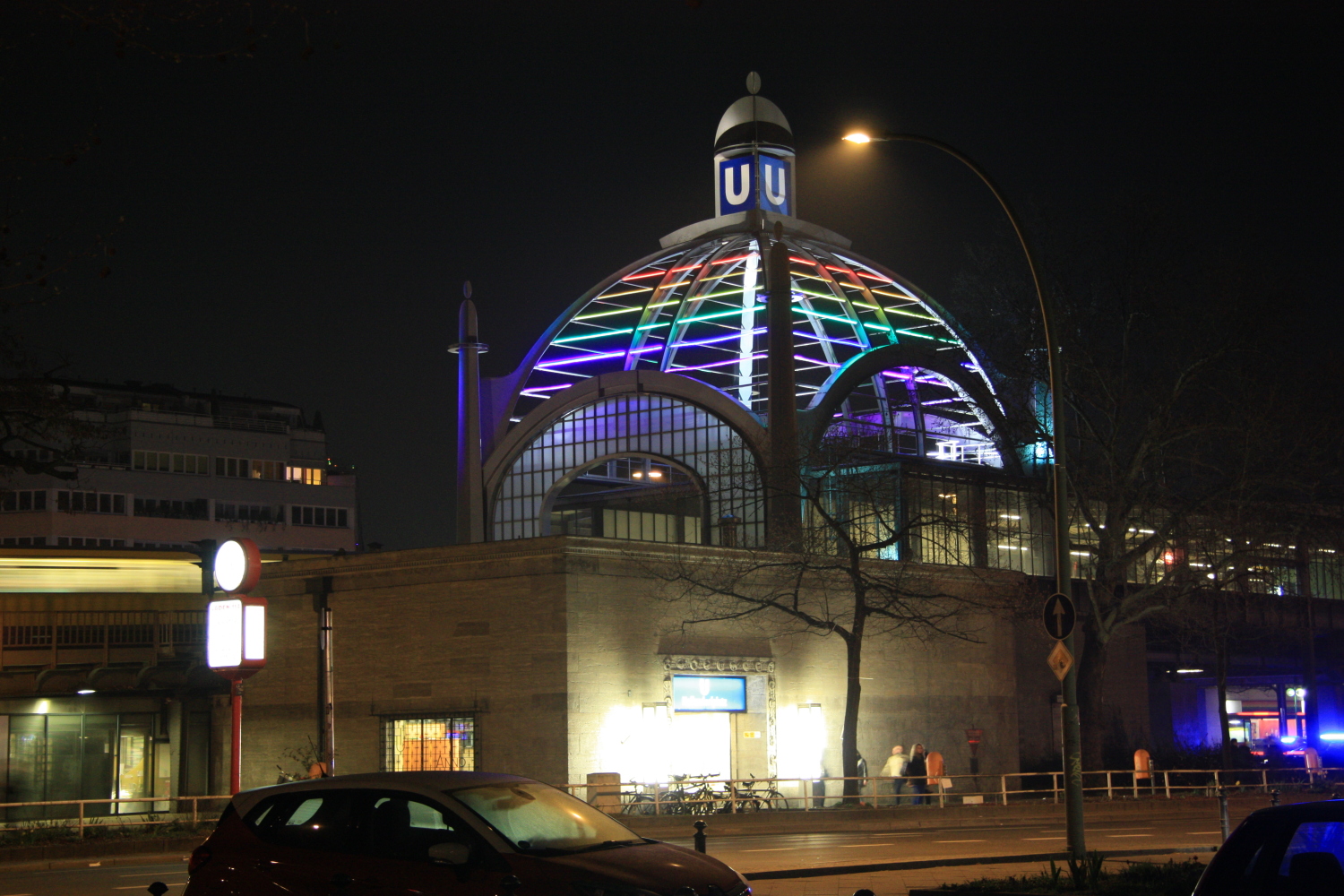