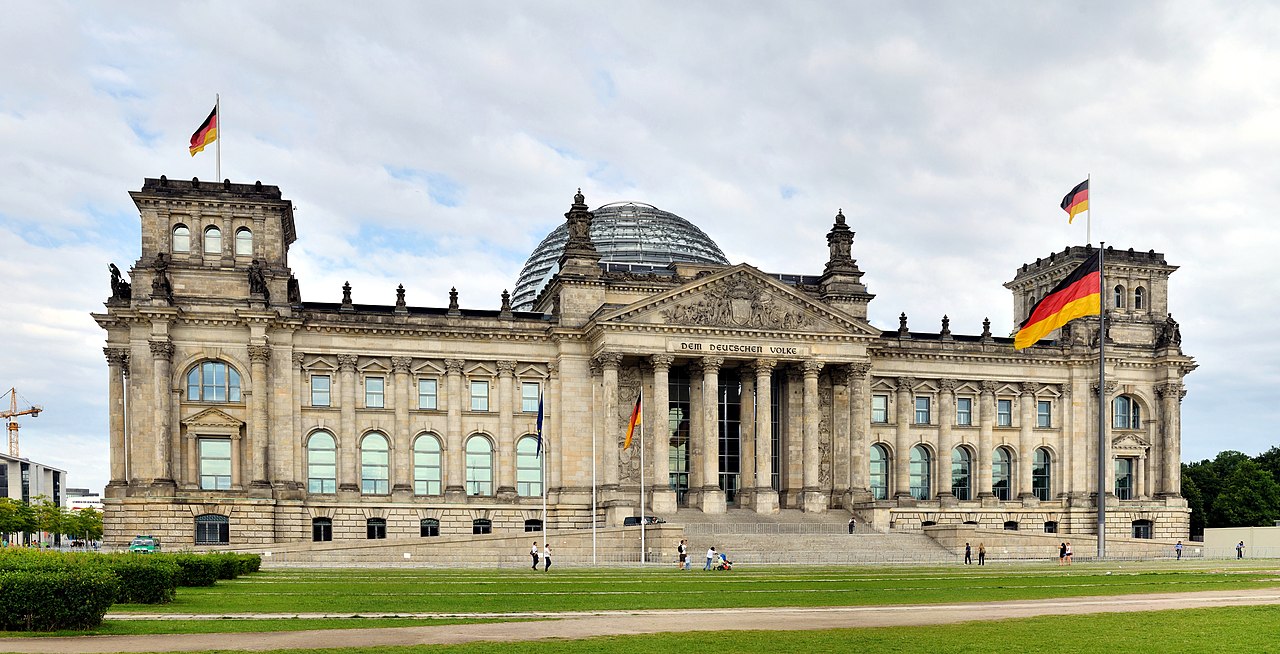 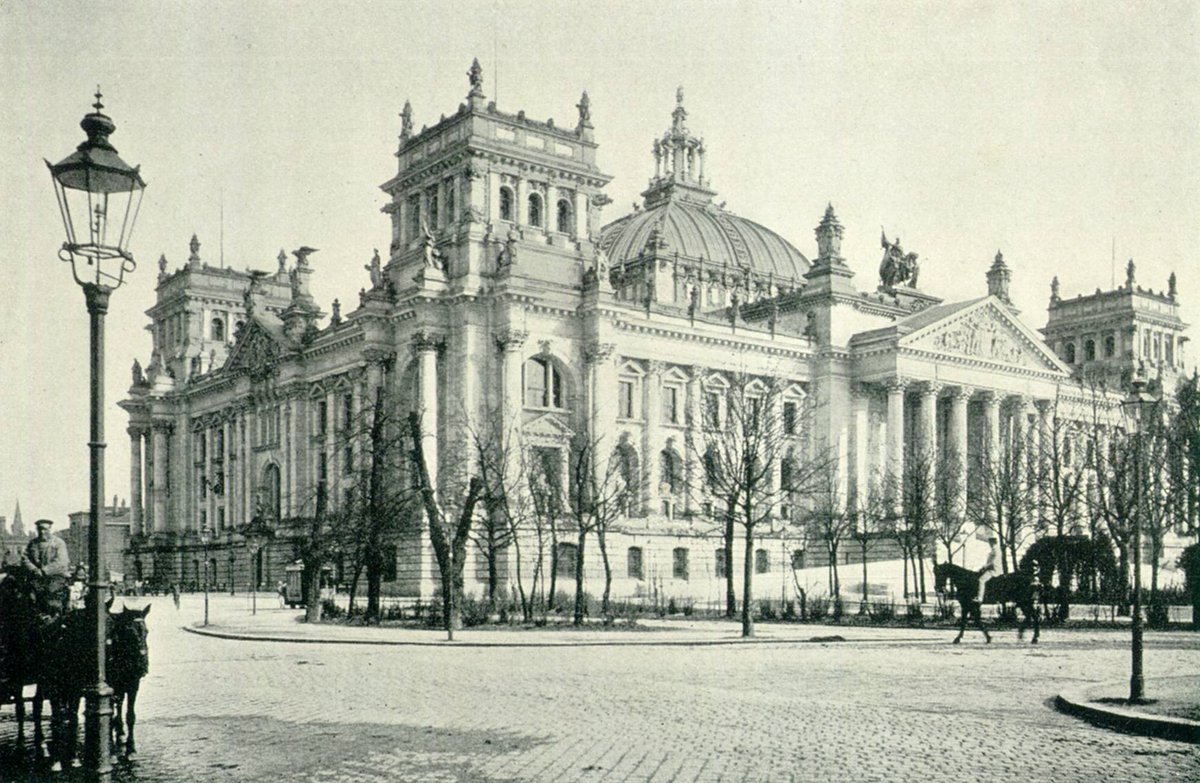 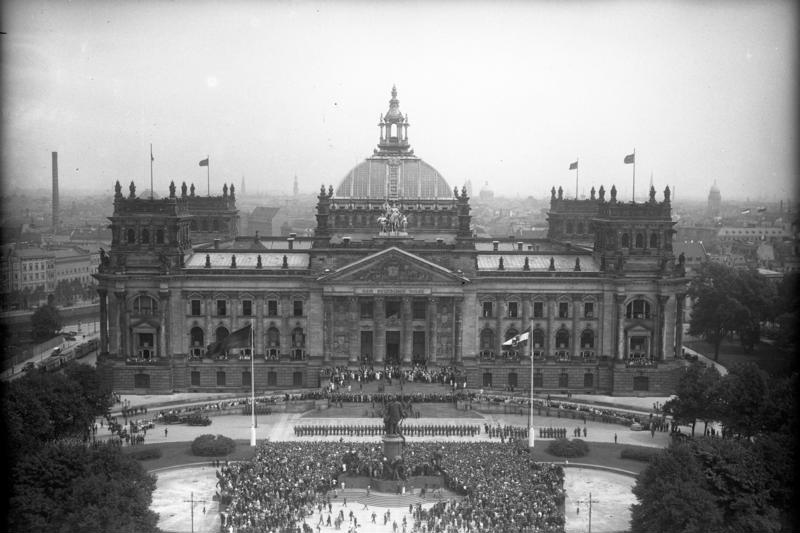 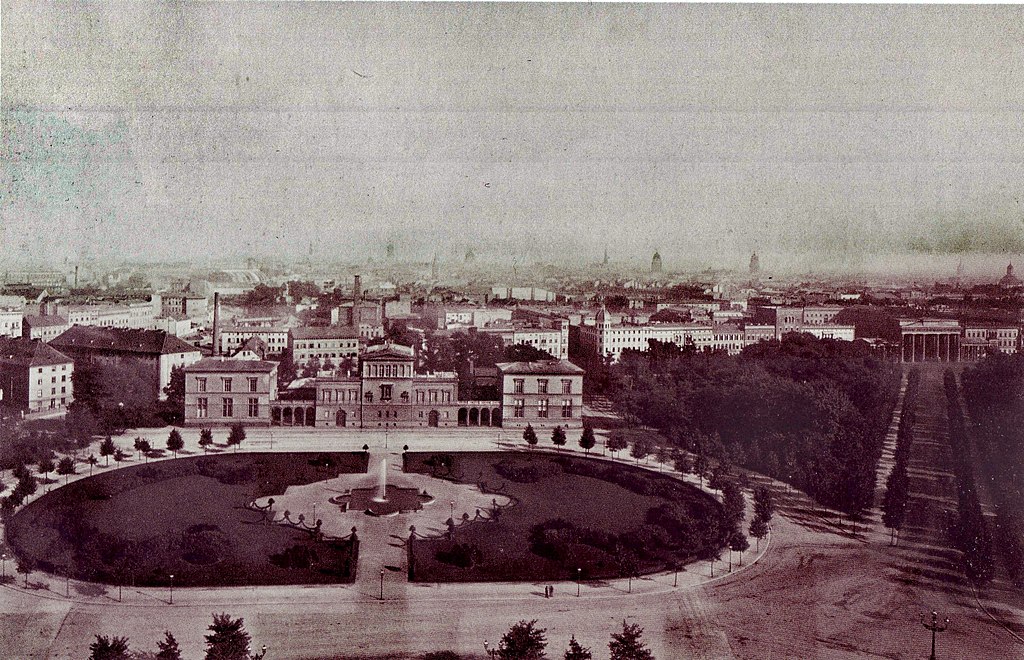 The Reichstag (German: Reichstagsgebäude pronounced [ˈʁaɪçstaːksgəˈbɔʏdə]; officially: Deutscher Bundestag – Plenarbereich Reichstagsgebäude pronounced [ ˈdɔʏtʃɐ ˈbʊndəsˌtaːk ˈpleːnaːrbəraɪç ˈʁaɪçstaːksgəˈbɔʏdə]) is a historic edifice in Berlin, Germany, constructed to house the Imperial Diet (German: Reichstag) of the German Empire. It was opened in 1894 and housed the Diet until 1933, when it was severely damaged after being set on fire. After World War II, the building fell into disuse; the parliament of the German Democratic Republic (the Volkskammer) met in the Palast der Republik in East Berlin, while the parliament of the Federal Republic of Germany (the Bundestag) met in the Bundeshaus in Bonn.

The ruined building was made safe against the elements and partially refurbished in the 1960s, but no attempt at full restoration was made until after German reunification on 3 October 1990, when it underwent a reconstruction led by architect Norman Foster. After its completion in 1999, it once again became the meeting place of the German parliament: the modern Bundestag.

The term Reichstag, when used to connote a diet, dates back to the Holy Roman Empire. The building was built for the Diet of the German Empire, which was succeeded by the Reichstag of the Weimar Republic. The latter would become the Reichstag of NS Germany, which left the building (and ceased to act as a parliament) after the 1933 fire and never returned; the term Reichstag has not been used by German parliaments since World War II. In today’s usage, the word Reichstag (Imperial Diet Building) refers mainly to the building, while Bundestag (Federal Diet) refers to the institution.

The building caught fire on 27 February 1933, under circumstances still not entirely known. This gave a pretext for the NS to suspend most rights provided for by the 1919 Weimar Constitution in the Reichstag Fire Decree, allowing them to arrest Communists and increase police action throughout Germany. The burning of Reichstag had also created fear in the capitalists (US and west European states) of rise of communism in Germany. This furthered their Policy of Appeasement towards Hitler (who had portrayed himself as anti-Communist).

During the 12 years of NS rule, the Reichstag building was not used for parliamentary sessions. Instead, the few times that the Reichstag convened at all, it did so in the Kroll Opera House, opposite the Reichstag building. This applied particularly to the session of 23 March 1933, in which the Reichstag surrendered its powers to Adolf Hitler in the Enabling Act, another step in the so-called Gleichschaltung (“coordination”). The main meeting hall of the building (which was unusable after the fire) was instead used for propaganda presentations and, during World War II, for military purposes. It was also considered for conversion to a flak tower but was found to be structurally unsuitable.

The building, never fully repaired after the fire, was further damaged by air raids. During the Battle of Berlin in 1945, it became one of the central targets for the Red Army to capture, due to its perceived symbolic significance. Today, visitors to the building can still see Soviet graffiti on smoky walls inside as well as on part of the roof, which was preserved during the reconstructions after reunification.